Who is Night Angel? Latest Clues and Guesses 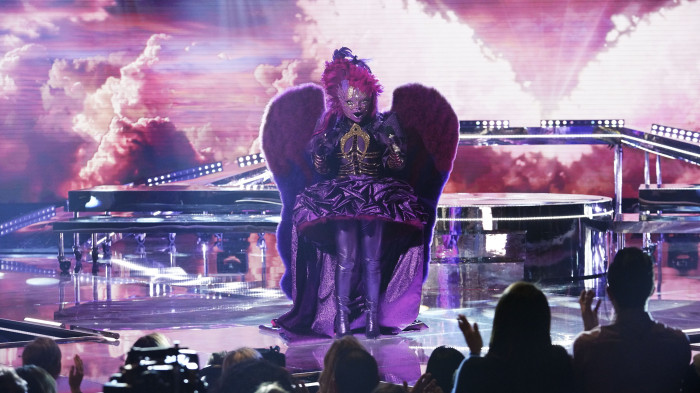 ‘The Masked Singer‘ Season 3 has introduced us to some incredibly talented performers. Night Angel stands out among all of them as one of the frontrunners who we expect to see in the finale. Over the season, she’s amazed us with her vocal prowess, though her costume did spark some sporting comments about being nightmarish.

The participant’s clues have also been rather revealing, which has helped eagle-eyed viewers already conclude who might be behind the mask. Now that we are past the ‘Battle of the Sixes,’ you might be curious about the latest clues and guesses surrounding Night Angel’s identity. We have the details right here.

Night Angel’s latest clue package tells us that when she first got the call to be on the show, she had no idea how different her life would be. Night Angel continues telling us that she’s got a lot of calls in her life. Some have been good, and some have been bad, while some upended her life. The contestant tells us that the key to her success is answering them all.

We see a lot of telephones as she tells us to dial the angel hotline. She believes that the series has awakened parts of herself she’s kept on the down-low. We see a white lighter at this point. The performer says now she can stand alone and doesn’t have to go chasing anyone else. The next visual clue is some fish hooks. Now she wants to leave a message for the competitors that she’s not afraid to fly. As per the episode’s theme, Night Angel also introduces a clue via a food item, after her performance. Her hint is a bug on a stick. Check out Night Angel’s clue package below.

We have maintained thus far that Night Angel is Kandi Burruss, a member of ‘Real Housewives of Atlanta‘ or ‘RHOA.’ However, last week’s clues have left many stumped as they’ve not found any direct links to Kandi’s identity. Well, don’t worry, we have decoded them for you.

The fish hooks are a reference to “Off the Hook,” the second studio album by Xscape, the American girl group. Kandi has made several past references to her career as a member of Xscape, and this seems to be another obvious hint.

As for the food clue, host Nick Cannon says that they look like cockroaches. Fans of ‘RHOA’ might remember that one of the most infamous storylines has been the incident that ruined the friendship between NeNe and Kim. The latter had posted a video from NeNe’s house, which showed cockroaches running around. It seems that Kandi refers to the plotline of the reality show in her latest clue. You can check out a tweet below, where a fan is sure the Night Angel is Kandi but is displeased with the way panelists are going about their guesses.

Ok after finally guessing at least two of the Masked Singer contestants correctly for the first time (Bow Wow as Frog and Barry Zito as Rhino), will they randomly guess Kandi Burress as Night Angel now??? #scripted

Ultimately, we expect Night Angel to stay on, and further clues will only help us ascertain the identity of the celebrity wearing the outfit.