Who Is The Owner of Nest Seekers? 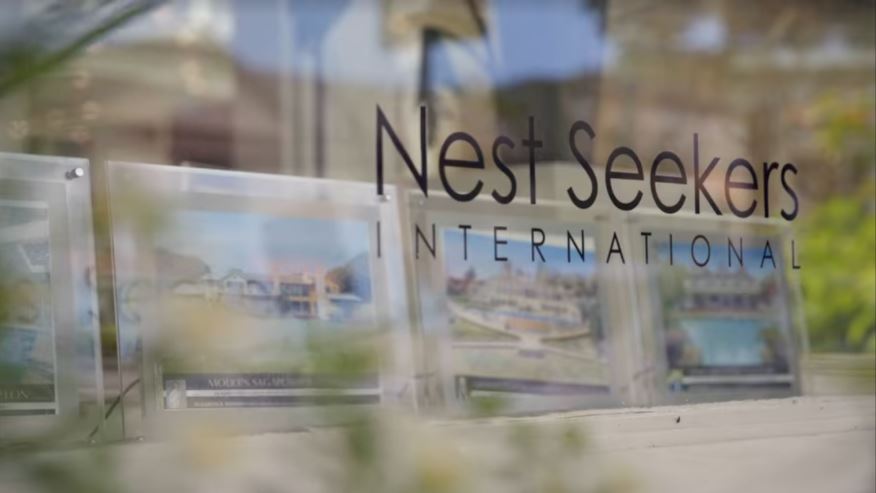 ‘Million Dollar Beach House‘ is a Netflix original reality series that has all the ingredients for it to be a hit – an array of personalities that tick every box of reality TV stereotypes, drama that adds spice to an otherwise boring workplace environment, and cut-throat inter-personal competition and jealousy. Imagine ‘Selling Sunset,’ but set in The Hamptons and with a predominantly male cast, and what you’ll get is ‘Million Dollar Beach House.’ While the former followed realtors from The Oppenheim Group as they navigated their work life and personal relationships, the latter revolves around those who are licensed with Nest Seekers International. Curious to know more about the company and its owner? You’ve come to the right place!

Nest Seekers International was founded back in 2001 by Eddie Shapiro, who is currently in his mid-40s and works in the organization as its President and CEO. His aim is simple – to lead Nest Seekers on its journey to grow and innovate the real estate business on an international scale. Eddie Shapiro actually began his career in this field in the early 1990s as an agent for a small firm in mid-town Manhattan. Ever since then, he’s been in love with the business and all its possibilities. Thus, he worked long and hard in the area, and now, he’s a self-made man and an extremely bold and successful entrepreneur.

According to Eddie’s bio on the company website, his work experience includes dabbling in development and construction projects, along with investment projects in every market. He has completed all of them in the areas where his brokerage operates, exceeding well over a million square feet. His resume also includes developing real estate technologies, hospitality management, and innovating branding and marketing concepts. Along with all this, Eddie is also responsible for identifying and pioneering the syncing of multi-markets in the real estate business – enabling his organization to function in various locations.

Nest Seekers International currently employees nearly 1,000 professionals, which is crucial because they have 20 office locations spread all throughout Manhattan, Brooklyn, Long Island City, The Hamptons, New Jersey, Miami, Beverly Hills, London, and Seoul. The company also has plans to soon enter into other coinciding markets. This has made it emerge as a premiere global real estate organization, dealing in some of the most luxurious and high-end properties on an international scale, that is, to some extent, unparalleled. And, this is all thanks to the innovative thinking and ambition of Eddie Shapiro.

You may have even heard of Nest Seekers International or Eddie Shapiro before. After all, he and other employees of the company have been participating and making appearances on some of the most viewed real estate TV shows and other industry news platforms for over a decade. The most prominent example of it, before, of course, ‘Million Dollar Beach House’ is Ryan Serhant and his role in ‘Million Dollar Listing: New York.’ Because Eddie Shapiro saw an opportunity in the entertainment world, he recently launched Nest Media, with a number of programs already in development. ‘Million Dollar Beach House’ comes from this, and with Eddie as an Executive Producer.

Apart from his familial expenses – having a wife and raising three adorable children – and some business expenses, there is not much that Eddie Shapiro has to spend on. Plus, the returns from his work expenses are mostly, positively massive, for obvious reasons. When you add all this to his earnings as the Founder/President/CEO of Nest Seekers International and his assets, it is no surprise that his net worth, according to some sources, is estimated at $25 million. With time, this is only expected to go higher. (Featured Image Credit: Netflix)