Who is Todd Chrisley Married To? How Many Kids Does He Have?

Self-made millionaire and real estate tycoon from Georgia, Todd Chrisley is also a reality TV star, with his own show ‘Chrisley Knows Best’. The USA network show chronicles his home life with his southern brood. The show has gathered a loyal fan following since its inception in 2014.

Todd Chrisley is often described as an iron-fisted patriarch who likes to control and micromanage his family members. He is known for his over-the-top materialistic lifestyle and reckless spending. Todd is also a known germophobe and is often quick to freak out if there is dirt and mess around.

Recently, Todd and his wife Julie were accused of bank and wire fraud and tax evasion by the state of Georgia. In August 2019, the Chrisleys were indicted on bank and wire fraud (allegations included the Chrisleys having taken out millions of dollars worth of loans by submitted fraudulent documents). They were also charged with tax evasion, for which they have already paid a fine of $110,000 to the state of Georgia. So far, Todd has pleaded not guilty to these charges and claims these charges stemmed from false allegations made by a former employee.

Watch an all-new episode of @chrisley_usa tonight at 9/8c! #ChrisleyKnowsBest

As if all the trouble with the law wasn’t enough, Todd was also diagnosed with Covid-19 earlier this year but has made a full recovery since. Needless to say, Todd Chrisley’s life is full of drama, much like his show ‘Chrisley Knows Best‘.

Todd’s first wife was his high school sweetheart Teresa Terry, who he divorced in 1996. Apparently, it had not been a happy marriage and Todd’s ex-wife has previously claimed that he was a mentally and physically abusive husband. These accounts are mere accusations, however, and nothing has been proven.

Now, Todd (age 51) is married to Julie Chrisley (age 47). They tied the knot in 1996 and have enjoyed a happy married life and years of solid companionship since. Although we cannot say for sure since neither party has confirmed this, but Julie might have been the reason for Todd and Teresa’s divorce, seeing as how they immediately got together after his separation from his first wife. Although some sources claim that their relationship is not authentic and Todd and Julie’s affection for each other is faked for the cameras. The same sources also allege that far from managing his household (as shown in the show), Julie leads a very separate lifestyle and the couple has a whole team employed to run their household. How much of this claim is true, we can only guess. 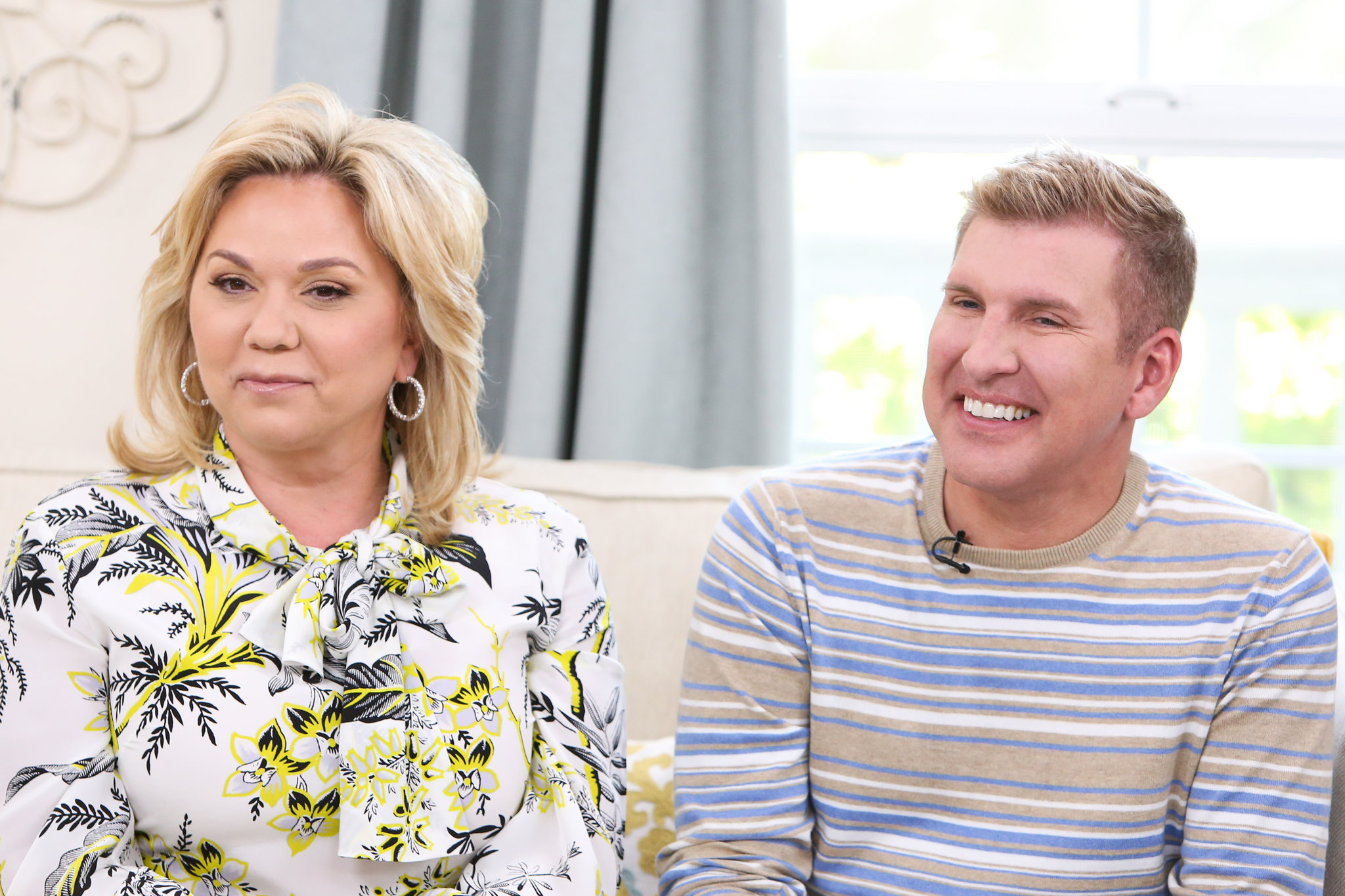 Todd has a total of five children – two from his first wife and three with Julie. His eldest, Kyle, has a history of drug abuse and struggles with bipolar disorder. He was estranged with his father for the last six years and they have only recently patched things up in 2019. Todd has accepted Kyle back in the family fold with open arms. Todd has full custody of Kyle’s daughter Chloe who is now 7 years old.

Todd’s second child is daughter Lindsie, who also has been estranged for years. Todd does not approve of her husband or her parenting style and they have cut ties since 2017. Ever since then, the Chrisley family and Lindsie have made various allegations against each other. The latest – Lindsie reportedly said that her father and brother Chase threatened to release her sex tape online if she spoke out about his tax evasion. The Chrisleys, of course, have dismissed Lindsie’s claims as false.

Then there is Chase Chrisley, the third child in the family who is apparently Todd’s favorite. He is depicted as a floater on the show who regularly keeps getting involved in “get-rich-quick” schemes. Todd’s fourth kid Savannah has won a beauty pageant and the fifth one Grayson is still in his teens.

And just like that, we’re back! Get ready for Season 8 of @chrisley_usa premiering July 9 at 9/8c on @usa_network