In April 1991, Detlev Karsten Rohwedder was shot dead through his window, murdered in his own home in Dusseldorf, by someone sitting 200 meters across his house. This was not a personal vendetta gone wrong or a grudge that ended in murder. This was a highly publicized political assassination that shocked the recently reunified East and West Germany at that time, along with the rest of the world. Rohwedder’s killing remains, to this day, modern Germany’s most infamous assassinations. Why was he killed and who was behind the killing? That’s what the 4-part Netflix docuseries ‘A Perfect Crime’ seeks to answer. Let’s take a look at some of the facts also presented in the show.

Who Was Detlev Rohwedder?

Rohwedder was a German political figure in the 1980s, a pivotal character in the merging of the East and West German economies during the reunification of the two states. The East German Democratic Republic and the Federal Republic of West Germany had been split since the end of World War II in 1945. It had been decreed by the Allied Powers (Great Britain, France, the United States, and the Soviet Union) after the end of the war, that when an adequate enough government came to power, that government could unify then-divided Germany and make peace. Such a government came to power in the late 1980s and paved the way for the reunification of Germany in 1990 with the demolition of the Berlin Wall.

Detlev Rohwedder was born in 1932 when Nazi Germany was on its last legs. He grew up in a divided Germany in the post-war strife, though things in West Germany were nowhere near as bad as they were in communist East Germany (food scarcity, general lack of civil rights, etc.). Rohwedder was a charismatic and well-loved member of the Social Democratic Party of West Germany. When the East and West were reunited, the government believed that the time was ripe for merging the economies of the two sides as well. The ultimate goal was to dissolve the GDR and its seamless merging into a unified parliamentary democracy. To this purpose, the government created the Treuhand Trust – a holding company that was tasked with the liquidating and restructuring of previously state-owned East German companies. Rohwedder was hired as the president of the Treuhand Trust and took up the heavy mantle of privatization of the East German companies and to absorb socialist East German businesses into the newly unified nation.

The new financial policies of the unified government (that Rohwedder was implementing as the head of Treuhand) caused major job losses and factory shut-downs in East Germany. Over 4 million people lost their livelihoods in East Germany as Treuhand took control (and later sold off) a large number of factories, vast areas of agricultural lands, and even some properties owned by the Stasi, East Germany’s secret police. This put a huge target on his back and made him the most hated man in East Germany at that time.

On April 1, 1991, at around 11:30 pm, Rohwedder was fired at and shot dead in his Dusseldorf home. Three shots were fired through his first-floor window, but only one hit him, right in the neck. He was dead within seconds. The second shot fired injured his wife in the elbow, but she survived. Being a known target, Rohwedder’s house had some measures of security in place but clearly, they were not enough. Suspiciously, only the windows of his home’s ground floor were bulletproofed but not the first floor. The police patrol near his house was also irresponsibly lax, and not very frequent. The three shots were fired from 200 meters away, from a garden space across his house. 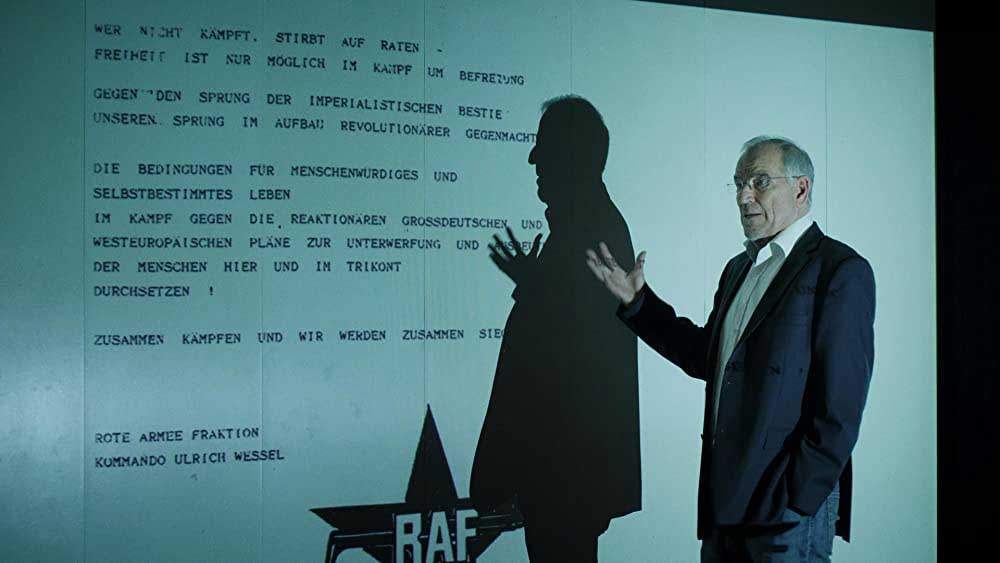 Upon investigation, a few things were recovered from the spot where the sniper fired from – three cartridge cases, a plastic chair (in which the sniper had probably sat waiting), and a towel containing a strand of hair. The most telling and important piece of evidence also found there was a letter. It was a 5-page-long letter confessing to the assassination of Rohwedder by the leftist militant group, Red Army Faction (RAF). The letter was signed by someone named Ulrich Wessel (a minor RAF commando who had already died way back in 1975). The authorities believed the letter to be authentic and it was generally assumed that RAF was indeed responsible for the assassination of Rohwedder.

In 2001, the DNA testing of that strand of hair on the towel from the crime scene came up with a match – a known RAF member Wolfgang Grams, who had died in 1993. The court ruled that a single strand of hair was not enough evidence to prove that Wolfgang Grams was the sniper. The identity of the sniper remains a mystery even now, although, an increasing number of people also believe that the assassination could also have been orchestrated by the Stasi, whose assets Rohwedder had incorporated, restructured, and sold in 1990.