Who Killed Heidi Doyle in ‘The Stranger’?

‘The Stranger’ begins with the upending of Adam’s life, but there are other victims as well. One of them is Heidi Doyle, who has to pay the price of protecting her daughter with her life. It is when she dies that Johanna becomes more involved in the investigation, which ultimately leads her to Adam and Christine. Eventually, she finds out that the murderer of her best friend had been right in front of her all along. But, what brought Katz to Heidi and why did he have to kill her?

Just like anyone else, Heidi had been a case for Christine. She was a soft target, a mother who would do anything to protect her daughter. She wouldn’t fight back, like the man whose son had taken steroids did. She would just serve up the money and the case would be shut.

Christine looked into Heidi’s life and found that her daughter was the one with secrets. Kimberley was a student who wanted to find a way out of the student loans and subsequent debts. She found a website that brought her in touch with rich businessmen who were looking for some time off from their personal lives. This website, which was basically a prostitution ring, would bring girls like Kim in touch with guys like Powers.

By the time Christine found out about her, Kim had been in regular contact with three men. This only gave the Stranger more leverage, which made it easier for her to extort money from Heidi. As expected, the woman agreed to pay the required sum to keep her daughter’s activities a secret. But then, an unexpected turn changed everything.

Why did Katz kill Heidi? 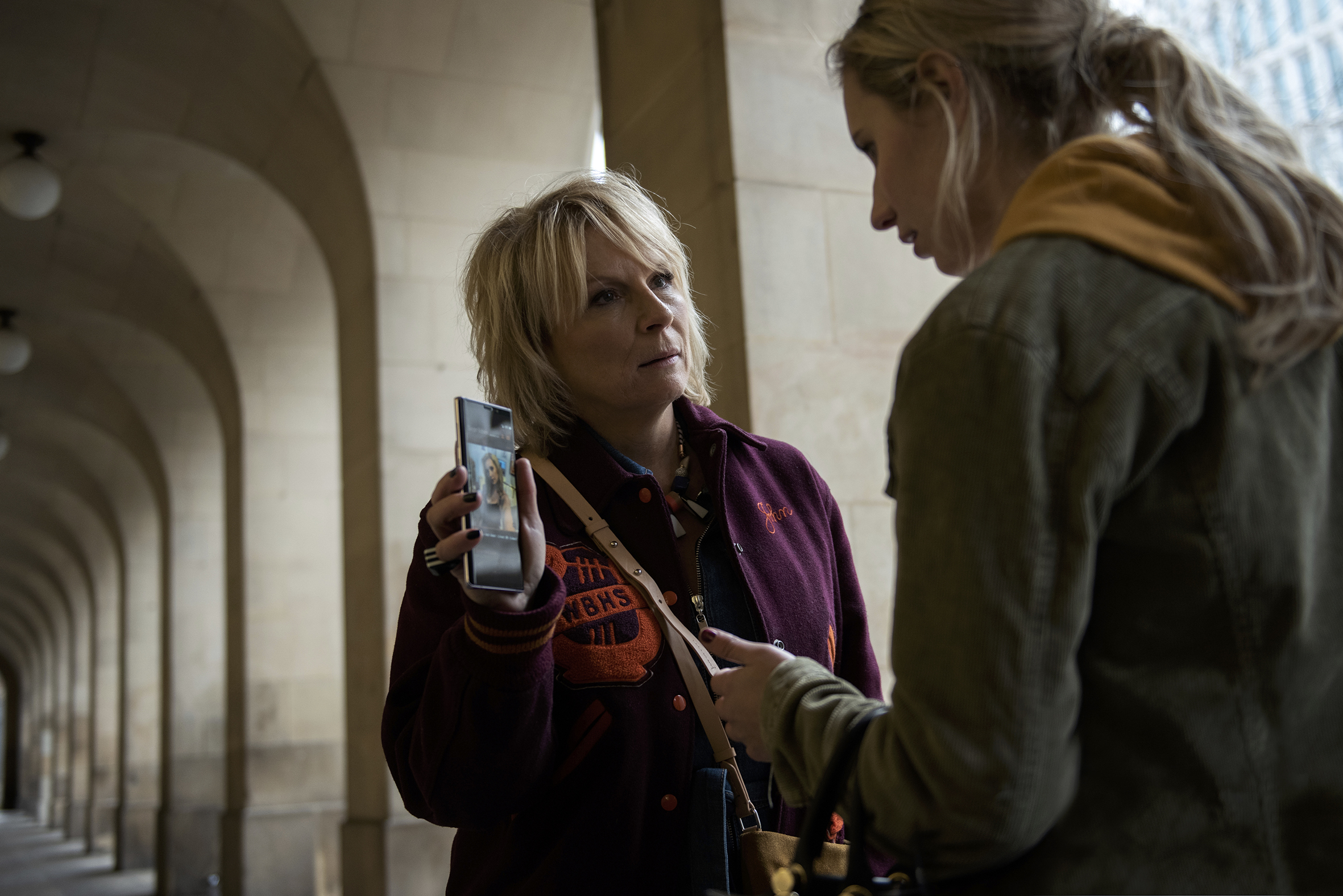 Katz’s only trouble in life is his daughter, Olivia. She is a sick child, and no matter where Katz takes her, no doctor can figure out what is wrong with her. Suspicion arises when Tom, Mike and Daisy ask her mother to see her, but the woman tells them that Olivia is in the hospital. While staking the house, they find her dumping the garbage in someone else’s bin and it turns out that she has been throwing out pills and poison.

Moreover, they discover that Corinne had also poked her nose in the business, which Olivia’s mother did not like one bit. Soon, Tom puts two and two together and finds out that Olivia is being poisoned by her mother; there is nothing wrong with her otherwise. He tells this to Katz, but by that time, the damage has already been done.

To pay the medical bills of his daughter on a cop’s salary was impossible for him. So, he looked towards other options, which is when Powers came to him. It turns out that the Stranger had approached him as well. Christine wasn’t looking for the money just from Heidi, she was also blackmailing Powers about it. While Heidi agreed to pay for it, the latter was not going to submit so easily. So, he asks Katz to track down Christine and end the matter once and for all.

Katz’s investigation brought him to Kim and then, to Heidi. He knew that the Stranger had approached her as well, so he tried to interview her, taking in as much detail about Christine as possible. But Heidi grew suspicious of him and tried to run away. Katz got agitated and shot her. At that time, he didn’t know Heidi was Johanna’s friend. When Corinne’s case surfaced, he placed the evidence to incriminate her and tampered with evidence to save himself.

By the time he discovers that he didn’t have to do it, he has already committed too many crimes, and so, there is no going back for him. Before he is arrested, he tries to kill Christine and Adam as well, while shooting her accomplice to death. When Adam kills Tripp and Corinne is found dead, Johanna frames Katz for it. What difference do two more murders make in the long list of felonies for the man who is bound to end up in prison for the rest of his life?

In the end, Adam is saved, and Tom, Mike and Daisy tell the school about what has been happening with Olivia. So, even when her father is gone, she doesn’t have to live with her mentally unstable mother anymore.

Read More: Is The Stranger a True Story?