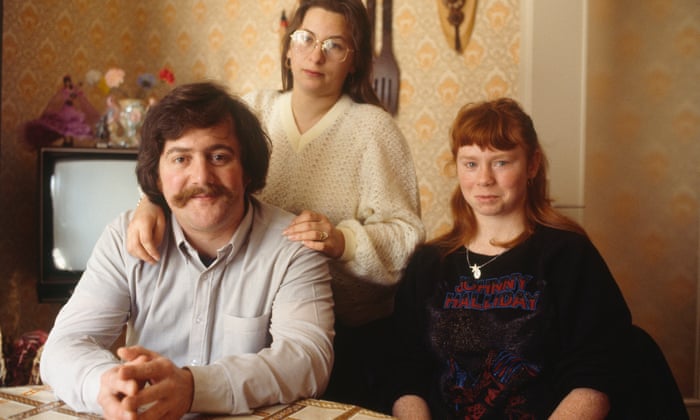 In France’s criminal history, there are bound to have been cases that have shocked the public, but few of them become as sensational as the murder of Gregory Villemin. The four-year-old boy’s body was found in the Vologne river, a little away from his house where he is believed to have been kidnapped.

At first, the judge assigned to the case, Jean-Michel Lambert, believed that it would be a straightforward affair. He would soon come to regret this statement when people began looking into the Villemin clan, and their feuds and secrets started to rear the ugly heads. It turned out that the Villemin clan was willing to protect their family secrets even with the murder of a young boy hanging over them.

Over the years, the case has turned into a media circus with some promising suspects and bizarre leads. Netflix’s ‘Who Killed Little Gregory?‘ chronicles the case that remains unsolved and has baffled some of the brightest minds in France. As you watch the documentary, you are bound to end up asking yourself whether Bernard Laroche, one of the most promising suspects in the case, actually did kill the little boy. We are here to answer your doubts, but first, let us walk you through how Gregory Villemin actually died.

The Murder of Gregory Villemin:

Gregory Villemin was found in the river, tied up with rope. However, there have been some discrepancies in the discovery of his body. When Judge Simon took over the case from Lambert, he rightly surmised that for Gregory to have been thrown into the river, he would have put up some sort of a struggle. This would inevitably have resulted in marks on his wrist, due to the rope. However, when his body was brought out of the water, it was sans any such marks.

Thus, the child would have to be unconscious before going into the river. It should be important to note here that the investigation branched out to consider the possibility that Gregory Villemin was killed in his own home before being dumped in the river. The investigation has also taken into account the possibility that he might have been drowned in tap water, or bath water, since the microscopic organisms that would be found in his system from drowning in river water, were markedly absent.

That being said, the remarkable discovery of a hypodermic syringe and a vial of insulin, put an entirely new spin on Gregory’s killing. Investigators came to the conclusion that Gregory might have been administered insulin before being thrown into the river. It would have rendered him unconscious and the insulin would not have been detectable in an autopsy. However, no one thought of checking Gregory’s body for needle marks when he was found.

The inclusion of insulin in the equation, coupled with our knowledge that Gregory must have been killed by one of his family members, draws our eyes to Murielle Bolle, and by extension to one of the most promising suspects in Gregory’s killing, that is, Bernard Laroche.

Did Bernard Laroche Kill Gregory? Did Murielle Help Him?

Bernard Laroche was first accused of murdering Gregory back in 1984. One of Jean-Marie’s cousins, he had grown up playing with Jean-Marie, but the two had gradually grown apart. It would be important to note here that Laroche was almost at the same social standing as Jean-Marie. He, too, was a factory foreman and had a wife and a child. However, his son was apparently a special child.

Despite being a working, family man, Laroche was unkempt and often profane. More importantly, he seemed genuinely displeased at the way he was treated by the Villemin family. Although he did not socialize as much with Jean-Marie or Christine, a reporter recalls the vitriolic joy that Laroche expressed when he heard the news of Gregory’s death. Jean Ker, who worked for the Paris-Match at that time, appears in Netflix’s documentary as well. Laroche said to him, “They’ve got what they deserved. They’ve paid for what they’ve done. I’m the poor stupid fool, because each time they need me, I come. And they never invite me to their house on Sundays.”

When the police brought in Laroche, they suspected him of having written the letters, but what got them hotter on his trail were the contradictory statements made by him and Murielle Bolle, his sister-in-law. He said that when he got home, Murielle was already there, while Murielle stated that he arrived after she reached home. Upon further investigation, it turned out that the 15-year-old had not taken the bus from school that day. The police clamped down immediately, and it was not long before Murielle admitted that Laroche had picked her up from school that day. They had then driven over where the man had come back with a young boy, possibly Gregory.

They drove into another town, where Laroche walked out with Gregory only to return alone. Although the police maintain that they gave Murielle the chance to recant or change her testimony, she stuck to her statement. Apparently, it was only after she had gone back to live with her parents, sister, and Bernard, that she recanted her statement. This backtracking came when Lambert let it slip that Murielle was the one who gave the evidence against Laroche. It does not take much to make the leap that the girl was silenced by the family, to save Laroche from being painted as the guilty party.

However, there is more to the story of Murielle’s involvement with Laroche, where they both possibly murdered Gregory. This is where things get interesting. A nurse who treated Murielle’s diabetic mother in the early 1980s testified that she taught Murielle how to administer the insulin. However, the nurse cannot remember whether this lesson was imparted before or after Gregory’s murder. For her part, Murielle has maintained that she did take the bus home from school and did not see Laroche at all on that day. However, a neighbor of the Villemin family has stated that a mustachioed man and a girl fitting Laroche and Murielle’s descriptions were seen outside the Villemin house on the day Gregory was taken and killed.

Judge Simon’s investigation revealed that two or more people were involved in the murder of Gregory. In fact, he strongly believed that one person picked Gregory from his home, whereas another threw him in the river. If one were to believe that theory, it won’t be too preposterous to assume that Gregory’s uncle, Michel, was involved in the murder too. This theory is strengthened further when you consider the fact that the raven knew the inner details of the Villemin family. Only someone very close to Jean-Marie could have known those details. Which means, the raven was either a close family member or he/she was getting intimate details from a family member. Combine that with the fact that Michel was extremely nervous during his interview with Judge Simon, it is difficult to not imagine Michel having some part to play in the murder.

Whether Michel was actually guilty or not, we will never know. With Laroche being killed by Jean-Marie, and Murielle sticking to her story, we might never get to the truth of the murky murder. However, as per recent developments, authorities have concluded that more than one person might have been involved in the murder, and there seem to be hints of a feud within the family involving Laroche.

In conclusion, the murder of Gregory Villemin might go unsolved, but as far as the suspects who were brought in, Bernard Laroche and Murielle Bolle perhaps deserved closer looks in the interest of justice, which might have happened, if Lambert had not taken the case away from the local police.