Who Was Anthony “Fat Tony” Salerno? How Was He Related to Roy Cohn? 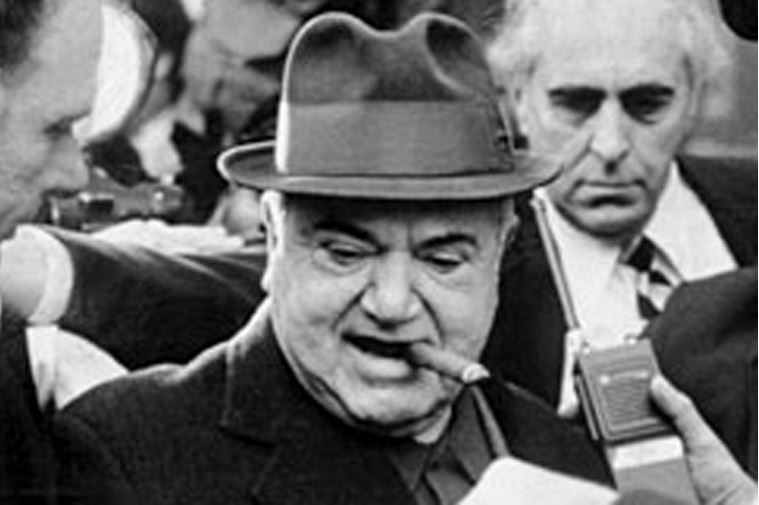 ‘Bully. Coward. Victim. The Story of Roy Cohn’ takes a look into one of the most famous lawyers in America. His fame, whether it be from the Lavender Scare or his alleged involvement with the mafia, has earned him a spot as a controversial figure.  His life, as well as his death, continues to be the hotbed for several controversies even today. And one of them is based on the kind of people he got involved with, and which subsequently set him apart from the rest.

Who is Anthony “Fat Tony” Salerno?

Anthony Salerno was a mobster, who was the front boss for one of the five families that dominate the organized crime scene in New York and New Jersey- the Genovese family. Raised in East Harlem, he dabbled in loansharking and protection rackets for the Genovese family in his youth. He rose to the top ranks after controlling several racket operations in Harlem for years.

Salerno often divided his time between Florida and New York. He also served as an underboss for the Genovese family. By the 1960s, he controlled the largest numbers racket operation in New York.

How Was Anthony Salerno Related to Roy Cohn?

The FBI eventually came to accuse Salerno of heading both a bookie and several loanshark networks. This is the time around which Salerno hired Roy Cohn as his attorney. Under Cohn’s counsel, Salerno pleaded guilty to the charges placed on him. Cohn, his defense attorney had appealed for probation instead of prison, and later stated that “ Judge Bonsai was extremely fair.” By pleading to reduce charges, he was able to avoid a third trial on the tax evasion charges, with the addition of a separate trial for gambling charges. He was thus sentenced to six months in prison.

Anthony Salerno is one of the many high profile clients represented by Roy Cohn. There are also several reports which allege that Salerno supplied fast-drying concrete that went into building the Trump Tower and other Trump properties. A claim that has been denied by President Trump. It is also alleged that the two met via Cohn in his townhouse. This was the cause for some controversy when it came to President Trump, and his alleged involvement with mobsters, something he has constantly denied. In 2004, he said, “ I don’t want to have cameras all over my office, dealing with contractors, politicians, mobsters and everyone else I have to deal with in my business…You know, mobsters don’t like, as they are talking to me, having cameras all over the room. It would play well on television, but it doesn’t play well with them.” In any case, Salerno’s involvement with Cohn, among various others led to the theory that Cohn was well connected with the mafia.

As far as Anthony Salerno is concerned, his health deteriorated substantially after he got out of prison. He suffered from diabetes and was also assumed to have had prostate cancer. In July 1992, he died in Missouri, due to complications from a stroke. Famous even after his death, he has been portrayed in ‘The Irishman.’ Additionally, Fat Tony from the Simpsons is also inspired by him. (Feature Image Credit: Gangsterreport.com)