Who Was Merry Berg? How Did She Die? 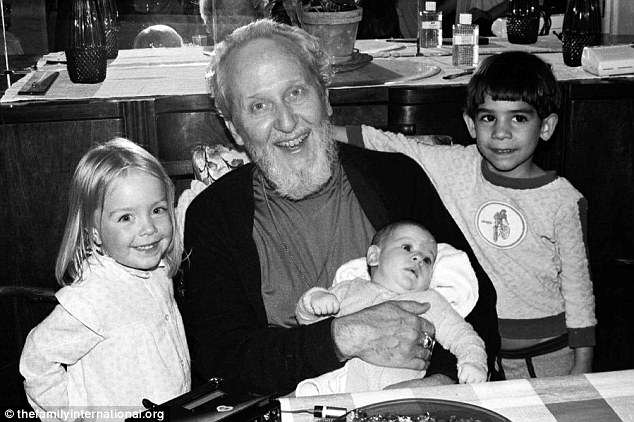 Reelz’s ‘The Children of God’ is yet another eye-opening, infuriating, intriguing, and disturbing episode from the channel’s ‘Cult of Personality’ series. Focusing on David Berg, his beliefs, his lifestyle, and the “spiritual organization” that he formed in its name, the episode highlights how all his “missions” and “laws” were nothing more than to get his followers engaged in sexual depravity. Although David passed away in 1994, the scars he left behind on the people he manipulated, abused, and brainwashed into believing his ways are still alive. The people themselves may not be, but his doings are, especially with the cult, “The Children of God” or “The Family International,” still working in full force. One such person, who he was a predator towards, was none other his own granddaughter, Merry Berg.

Who Was Merry Berg?

Born on June 5, 1972, Merry Jolene Berg was the daughter of Paul “Aaron” Berg and Judy “Shulamite” Helmstetler/Pendell. Paul “Aaron” was David Berg’s son, making Merry his granddaughter. She was known in The Family as Mene. Merry’s father passed away when she was just a baby, but still, the most difficult time of her life came a few years later, when she was 11 and went to live with her grandfather. Born and raised into the cult, she, like everyone else, was awed by David Berg and his aura at first. But, as time went on, she began to think of him as a hypocrite and someone who had the potential to genuinely harm her. For instance, she once stated that while he only allowed others to drink 4 ounces of wine a week, he himself didn’t abide by it.

Around that same time, Merry was regularly invited by The Family leaders to the group’s Music with Meaning center in Greece. There, she was to join them in drinking alcohol and watching pornographic videos. Along with that, she was also filmed performing striptease dances with other members, which were recorded by her grandfather. Merry has testified in court that while she was in Greece, she was sexually abused by multiple adult men. After that, she was moved to her grandfather’s compound in the Philippines, she was apparently made to sleep in a walk-in closet adjacent to his bedroom, where he repeatedly fondled her.

According to the Rolling Stone magazine, “Mene’s first experience with full intercourse was with Ricky [Rodriguez, David Berg’s stepson] at the age of twelve. This was orchestrated by Berg, who wanted Ricky to get her pregnant. … Berg wanted to continue his family line though his granddaughter.” Fast forward a couple of years, and Merry finally had enough. At the age of 14, she tried to speak up about her fears and doubts to another church/cult leader, but all it got her was public humiliations, spankings, and major exorcisms which scared her even more. And, after that, she got tongue lashings from her grandfather.

At the age of 15, Merry was sent away to Macau, to live under various people’s “care,” where she received further abuse, which included her being locked in her room for six months. It was only when she was 18 that she was able to receive appropriate care, both psychiatric and otherwise – because that was when she left The Family and moved to the United States to live with her grandmother, Jane Miller Berg. It was 1990 when she moved to California, and she stayed there until she passed away in 2017.

How Did Merry Berg Die?

Jolene and Amy at one of her favorite little Greek cafes on Mission Beach. We would go there or Ocean Beach often to celebrate each others birthdays.

In 2005, the news broke that Merry, because of her past abuse and trauma, had given up on life and had turned to methamphetamine for some solace. She had become addicted and was at a position where she was struggling to even stay alive. However, sometime later, because some friends and family members reached out to her, she was able to quit and do much better for herself. She found a job and was no longer addicted to drugs of any sort. It was even reported that she had a relationship and was finding happiness in the little things in life – things that had long eluded her. But, unfortunately, on December 16, 2017, before she could completely recover and find the peace and justice that she deserved, she passed away in her sleep due to respiratory failure. (Featured David Berg and Merry (left) Image Credit: TheFamilyInternational,org)