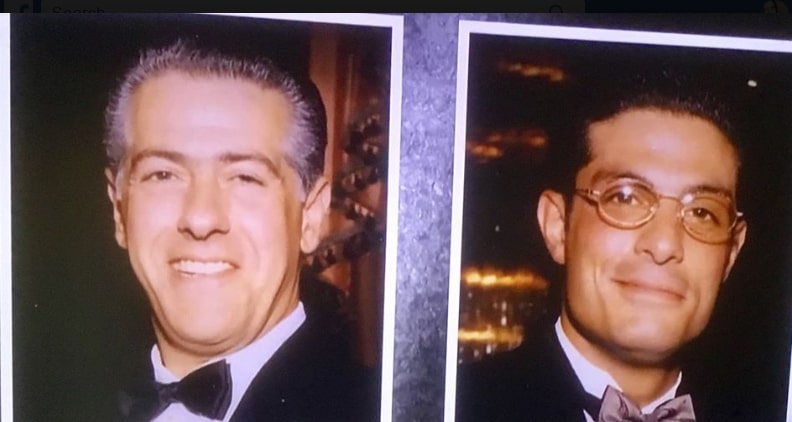 ‘Wild Bill’ or ‘Billy Fingers’ were nicknames given to the widely-feared and extremely powerful mobster, William Cutolo. An influential mafia personality of the New York underworld, he worked in the Colombo crime family. His nickname ‘Billy Fingers’ was kept by his peers because he had a missing ring finger that got cut off in a childhood occupational accident. And ‘Wild Bill’ came around due to his disastrous anger and violent beatings that he inflicted upon his rivals.

Born in 1949 in Italy, William was related to Italian Camorra mob boss, Raffaele Cutolo. William was guilty of serious crimes like several murders, labor racketeering, loansharking, extortion, and illegal gambling. William had many businesses, and some of the most successful ones were his chain of restaurants and night clubs in New York and Miami. He had also played a pivotal role in the 1991-1993 Colombo War.

William was known for his power and control in the underworld. He didn’t shy away from using force and threats to get his work done. While his workers feared him because of his short-temper, aggression, and violence, his peers respected him for being a good earner. In a short span of time, William became rich, and he even commanded a team of hitmen.

William had two families at the same time and he was open and public about it since the start. He made sure to spend time with them equally. He had fathered three daughters and one son in total. His son, William Cutolo Jr., followed his father’s footsteps but eventually got convicted for his crimes.

William’s third daughter, Dana, was birthed by his mistress, Bette Anne Fox. Some considered her to be his second wife. Bette and William knew each other since childhood as they lived in the same neighborhood. When they were in their 20’s, they met again. Bette happened to be a waitress at a private function that William was attending and they instantly hit it off. William was head over heels in love with Bette and after a few years, Dana was born.

In a recent interview, Dana revealed that she realized quite late in life that his father had another family. She had spent some time with William Jr. as a child, but that came to an abrupt end in their teenage years. The family had totally cut her off after William’s death, and they made sure that Dana wouldn’t get a penny in her inheritance.

She remembered how her father was a huge science geek and would love to read ‘National Geographic’ with her. She recalled him singing Frank Sinatra and cooking pancakes in the morning. Apparently, William had a quirky passion for cowboy boots and Italian loafers. She told the interviewer that her father always pampered her, and sometimes when she would accompany him to his clubs for meetings, the servers would spoil her with deli and sweets.

According to her, her parents had the best relationship that was filled with jokes, love, laughter, fun times, and cute moments. She never knew that her father was a criminal, but she could always feel that he was powerful and well-respected. She also admitted that she felt embarrassed after she got to know his true identity, years after his death. But, she has now accepted it as a part of him. She also emphasized on the fact that people treated her mother very harshly after William was no longer around to protect them.

How Did Wild Bill Die?

William’s rise as a powerful member of the Colombo crime family didn’t go unnoticed. He also headed quite a few charity organizations, including the National Leukemia Research Association in New York. His access to state funds put him in a prominent position and earned him a lot of publicity.

In 1999, when Alphonse Persico, the boss of the Colombo family, was released from prison, William was promoted to Underboss as a peace gesture among competing peers. But the plan backfired when Alphonse got sentenced to prison again on charges of gun possession. The Colombo family members quickly realized that William, as the highest-ranking member, can now quickly seize control of the family and become the new boss.

So, amid growing jealousy and rivalries, Alphonse, along with other members, executed a plan to murder William. John ‘Jackie’ DeRoss was one of the murderers who participated in the plan. He was a dear friend of William and had also asked him to be his best man on his wedding day.

Betrayed and backstabbed, William was asked to meet Alphonse for a private discussion. As soon as he arrived at their decided meeting point, Bayside Park, the members kidnapped him and murdered him in one of the member’s basement. He was buried at an industrial park in Farmingdale. DeRoss then became the new Underboss.

William was labeled ‘missing’ for quite a few years until one of the mobsters testified against Alphonse and the other members. In October 2008, his remains were found in the Farmingdale park, and a proper funeral took place for him. From 2004-2009, Alphonse and the members faced murder trials, and they were ultimately sentenced to life imprisonment.

William’s family had joined the Witness Protection Program in 2001. William’s grandchildren are now featuring on a reality-documentary series called ‘Families of the Mafia’ aired by MTV. It follows the life of ex-mafia families and how their lifestyle affects the children and newer generations.