Who Were John Robinson’s Victims? 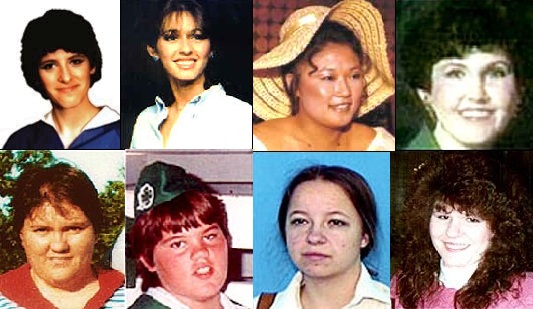 John Robinson, one of the most infamous serial killers of recent times, is the subject of the episode titled “Sole Survivor,” on ABC’s journalistic and true crime show ‘20/20’. Born in 1943, Robinson quickly turned to a life of crime, becoming involved in embezzlement and fraud. Then, in 1984, the murders started, and they would go on for 15 years, ending with his arrest in 2000.

In his active years as a serial killer, Robinson left as many as eight young women dead in his wake, and authorities fear that he might have left behind several more undiscovered victims. Like many serial killers, Robinson was never cooperative with the law enforcement agencies involved in investigations into his crimes. As a result, the true extent of his depravity remains unknown. As to what we do know about him, Robinson, despite his draconian bent of mind, led a double life. On the one hand, he was married for four decades, and had four children; on the other, he was involved in the abduction, sexual abuse, and murder of several young women.

As of today, Robinson is imprisoned in the El Dorado Correctional Facility in the state of Kansas, where he is on death row, awaiting execution. In this article, we take you on a brief trip through the carnage he left behind.

The first of Robinson’s victims, Paula, was 19 years old when Robinson “hired” her to work as a sales representative in 1984 at one of the two shell companies he had started. Paula, who thought that Robinson was sending her away for training, informed her family and friends that she would be out of town for a while. However, she was never heard from again.

When Paula’s parents filed a missing person report, Robinson was questioned by police, but he denied having any knowledge about her whereabouts. Several days later, Paula’s parents received a written report with Paula’s signature, stating that she was “OK” and that she did not want to see her family again. Although Robinson pleaded guilty to Paula’s murder in 2003, her remains have not been found to this day.

Robinson’s second victim Lisa Stasi was 19 years old and had a 4-month-old daughter, Tiffany when he met her at a battered women’s shelter in Kansas City in 1985. John Robinson managed to lure Lisa away on the promise of a job in Chicago and daycare for her daughter and got Lisa to sign several blank documents for the same.

While Lisa was never heard from again, Robinson used the documents and forged signatures of officials to offer Tiffany up for adoption to his brother, Don, and his wife, who wanted a child but could not conceive. The couple adopted Tiffany, who was rechristened as Heather Robinson, unaware of Robinson’s sinister crime. It was only after Robinson’s arrest in 2000 that Tiffany would come to know that her “Uncle John” was one of the most notorious serial killers in recent history. Like Paula, Tiffany’s remains have not been discovered.

In 1987, Robinson claimed his third victim – 27-year-old Catherine Clampitt. Catherine had moved to Kansas after a long struggle with drug and alcohol abuse and was offered a job by Robinson at one of his shell companies. She went away on a “work trip” and was never heard from again. Although Catherine’s brother filed a missing person report, Catherine was never found after her disappearance.

John Robinson met 49-year-old prison librarian Beverly Bonner at the Western Missouri Correctional Center when he was incarcerated there between 1992 and 1993, for one of his other, non-violent crimes. Robinson’s streak of murders was unknown at the time. After securing release, Robinson asked for Beverly’s help with finding property for a hydroponics project, but Beverly was never heard from again after 1994. Her remains were found in a barrel inside a storage facility owned by Robinson in June 2000.

Within a year of Beverly’s murder, Robinson committed a double murder – that of 45-year-old Sheila Faith and her 15-year-old daughter Debbie, who used a wheelchair due to cerebral palsy. Posing as a wealthy man, Robinson duped the mother-daughter duo into thinking that he would support them. But both disappeared immediately after moving to Kansas City. Their remains were discovered along with Beverly’s in barrels found in a Missouri storage facility owned by Robinson.