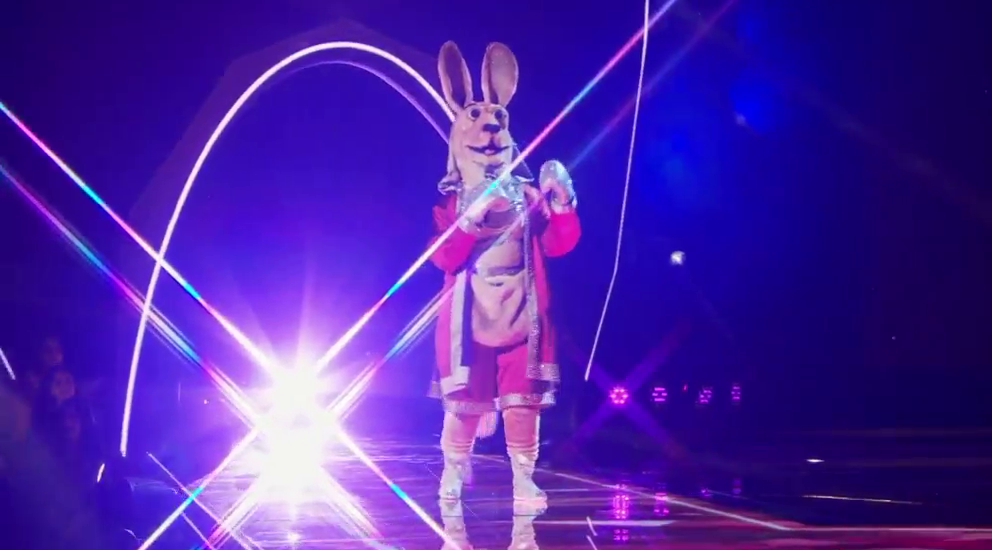 ‘The Masked Singer‘ Season 3 has seen a number of talented performers, and we are just in Group A. While the other two groups are sure to have their own stellar participants, Kangaroo has managed to stand out in Group A throughout. Starting off with a heart-touching story, playing the underdog narrative, and delivering moving performances, the participant has managed to amaze judges and audiences alike.

This week, Kangaroo has delivered a splendid rendition of Rihanna’s “Diamonds in the Sky”. Robin Thicke was driven to admit that the performance is resonating because Kangaroo knows when to hold back and does not oversing or overperform all the lines. Naturally, you might be eager to know about the clues and guesses surrounding this performer. We have got you covered in this regard.

Kangaroo’s clue package starts off with the performer saying that she was not sure of making it this far. However, the love and support of fans make her feel empowered. She also has support from her family and is not willing to take off the mask anytime soon.

In the clue package, Kangaroo’s younger brother speaks for her. In a deeply moving video, he reveals that when tragedy struck their family, Kangaroo was the ‘glue’ holding things together. He mentions that she might have been a bit of a drama queen in her teenage years but is the most resilient person he knows. We also see visual clues like a model airplane and a handmade angel.

In the letter to the panelist, Kangaroo addresses guest panelist Leah Remini that they sat at the same table, and the latter’s courage has inspired Kangaroo. You can check out the moving performance, below.

Jenny deduces that the letter to Leah could refer to ‘The Talk’. Thus, Leah and Jenny seem to agree that the performer could be someone who co-hosted the show with Leah or someone Leah interviewed. However, no guess emerges immediately.

Ken Jeong, meanwhile, has another guess. He believes the performer is someone he has worked with. Picking up on the handmade angel, he deduces that the performer is Victoria’s Secret angel Rosie Huntington-Whiteley. Moreover, Rosie has a brother. Nicole picks up on ‘drama queen’ as a clue and links it to ‘Confessions of a Teenage Drama Queen’, thus guessing the performer to Lindsay Lohan.

Jenny finally guesses that it is likely to be Jordin Sparks, because of the sensual sound, and the fact that Jordin has a little brother.

Our Guesses About Kangaroo:

'Roo is the voice behind #KangarooMask? #TheMaskedSinger

Till last week, we were inclined towards Kelly Rowland as a possibility. However, now it would seem that the likelihood of the performer being Natalie Imbruglia, or Jordyn Woods, is even higher. Notably, the former is from Australia, has recently had a baby, and is looking to release a new album, which ties in with a lot of the clues.

That being said, now that we have had a chance to hear more of Kangaroo’s songs, she does sound surprisingly like Jordyn Woods. Netizens appear to agree with this assessment, but we will have to wait for upcoming episodes when more clues will be revealed. It will be a while before we see Kangaroo back on stage, as the show will now move to Groups B and C.