Will There be a Whose Line Is It Anyway Season 16 or is it Cancelled? 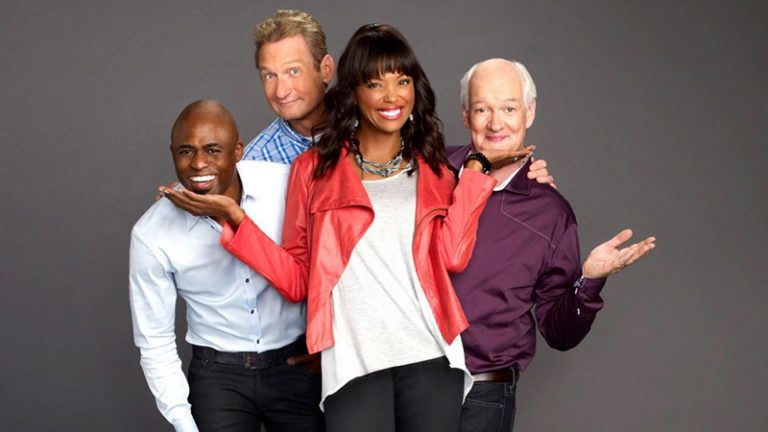 Improvisational theatre or improvisation, aka improv comedy, is a sub-genre of theater that primarily features comedic elements. Here, most of the scenes are unscripted, with performers carrying out impromptu and unplanned performances in front of the audience. It is the purest form of spontaneous comedy where performers create dialogues, action sequences, stories, and characters, without taking the help of an existing and prepared, written script.

‘Whose Line Is It Anyway?’, which attempts to explore this genre, is a popular short-form improvisational comedy show. Its genesis can be traced back to an acclaimed British radio program, that then moved to the small screen in 1988. Here, it ran on Channel 4, spanning 10 seasons, until 1999. Soon, it was picked up by ABC, which aired its US spin-off version from 1998 to 2007, covering eight seasons.

The CW revived the show again and released its ninth season on July 16, 2013. Created by Dan Patterson and Mark Leveson, season 15 of the series premiered on June 17, 2019, and concluded in September, 2019. Here’s everything we know about Whose Line Is It Anyway Season 16.

Whose Line Is It Anyway Cast

‘Whose Line Is It Anyway’ is hosted by stand-up comedian Aisha Tyler. She is an American actress, whose familiar catchphrase is “Let’s make some stuff up.” She is known for her witty remarks and lively chit-chat with the cast members. Tyler is also seen participating alongside the performers in certain games featured on the show. She has previously hosted the CBS series, ‘The Talk’ and is credited as a voice-over artist for Lana on FX’s animated sitcom, ‘Archer‘. Her acting credits include appearances on ‘Ghost Whisperer’, ‘Friends’, and ‘CSI’, to name a few.

Regular cast members who appear alongside Tyler are Ryan Stiles, Wayne Brady, and Colin Mochrie. Canadian actor, comedian, and director, Stiles, is an acclaimed name in the genre of improvisational comedy. You might also recognize him from his portrayal of Herb Melnick on ‘Two and a Half Men‘. On the other hand, Brady is a famed Emmy-winning TV personality, improv comedian and singer, while Mochrie is an improvisational comedian, performer, and producer. Additionally, a special guest comedian also makes an appearance in each episode.

What is Whose Line Is It Anyway About?

‘Whose Line Is It Anyway?’ follows a format similar to the original UK version, where the cast members must use their best comedic talents to create a series of on-the-spot, spontaneous improv games. Each episode features four performers who invent their own hilarious characters, create funny scenes, and curate songs out of thin air. They need to stick to the style of short-form improvisation games. Many of their ideas are inspired by theatre sports. Either the audience can suggest the themes for the games or the host asks them to perform on the basis of predetermined prompts.

In fact, it is a different version of a game show where Tyler arbitrarily assigns them points and the one with the highest score is declared as the winner for that particular episode. But, it deviates from the standard structure of a typical game show by doing away with the competition part, with the games simply being a part of the comedy performances. After all, the main concept of the show is: “Everything is made up and the points don’t matter.”

Whose Line Is It Anyway Season 16 Release Date: When will it premiere?

As far as the next season goes, The CW has not made any official announcement yet. However, considering the popularity of the show, we are confident that the show will be come back for another season. If renewed, you can expect ‘Whose Line Is It Anyway’ Season 16 to release sometime in June, 2020.

Whose Line Is It Anyway Trailer:

Visit official website of the show to watch all the previous episodes and funny clips.