Why Did it Take 30 Years for Martin Scorsese to Win an Oscar? 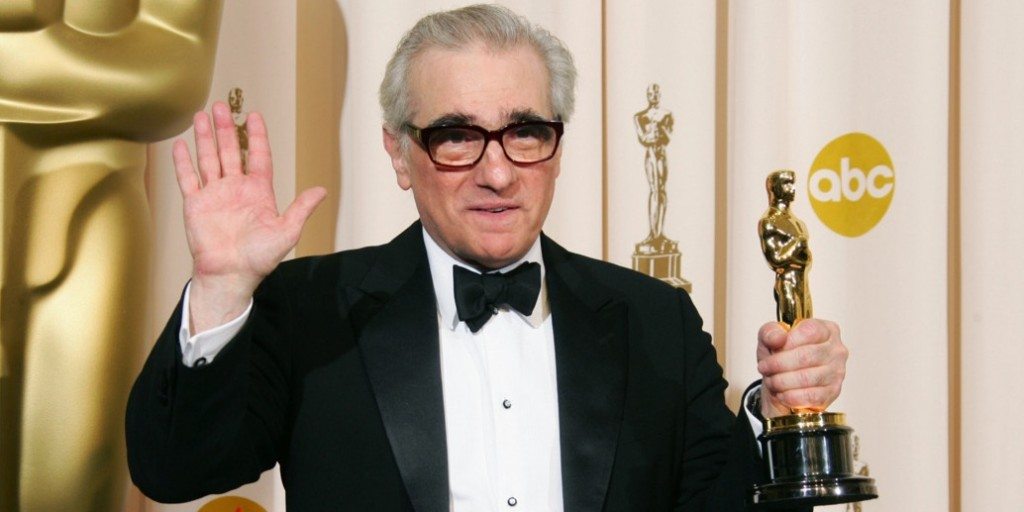 Martin Scorsese was regarded as one of the finest directors of the seventies, eighties and nineties, delivering outstanding films in each decade.  The Academy snubbed him for Mean Streets (1973) and Taxi Driver (1976), again for The King of Comedy (1983), and The Age of Innocence (1993). He was nominated for Raging Bull (1980), named the greatest film of the eighties by a panel of film critics for Premiere Magazine, only to lose to an actor directing for the first time, Robert Redford in the very good, but not brilliant Ordinary People (1980). Ten years later, after sweeping the critics awards with Goodfellas (1990), he again lost to an actor, this time Kevin Costner for Dances with Wolves (1990).

Beloved by critics, audiences admired his work, what did he have to do to impress the Academy? Like Spielberg, to a degree Scorsese measured his success by the Academy and with an Oscar he would never truly be whole as a director. Coppola had won his Oscars in the seventies, six of them and been nominated for others, but the rest of the boys from the beach house had not found their Oscar glory. Like Scorsese, Steven Spielberg had been horribly snubbed for a nod for Best Director for Jaws (1975), and again for The Color Purple (1985), though it was not deserving, and Empire of the Sun (1987).

There was a sense Scorsese was too much New York for the Academy, that he marched to his own drummer, refused to do what the studios told him. His first major studio film, New York New York (1978) was a disaster, the studio eventually taking the film away from the director and releasing their own cut. His tempter tantrums with the studio were the stuff of legend, the tiny director threatening physical violence to anyone who challenged him. So intense was he, they were genuinely terrified of him. He was looked upon by the establishment as an outsider, a trouble maker, someone who was a genuine artist and yet, who could not be controlled by the studio. Left alone to create, he was a young genius with Mean Streets (1973) exploring the New York mob scene of his youth, and his version of hell in New York in Taxi Driver (1976). In between he directed Alice Doesn’t Live Here Anymore (1974) and when interviewing for the job he was asked by star and producer and Ellen Burstyn why he wanted to make the film. His answer, “Because I know nothing about women and want to learn” got him the job and he guided Burstyn to an Oscar.

Disheartened and disillusioned after New York New York (1978) his good friend Robert De Niro convinced him to direct Raging Bull (1980) for United Artists who were mired in producing Heaven’s Gate (1980) for director Michael Ciminio. Their concern for that epic western was so great, they left Scorsese alone in every way to deliver the film. No one said a word when he shot it in black and white, or shut down production to allow De Niro to gain eighty pounds, not a peep. And he screened the films for the first time to the executives of United Artists, Andy Albeck, the head of the company, walked to Scorsese, shook his hand and said “Mr. Scorsese, you are an artist” before leaving the room to contend with the Cimino nightmare.

Raging Bull (1980) received rave reviews from critics, De Niro’s performance in particular drew superlatives, but did not do well at the box office. Hardly a date movie, much of it unpleasant, the film was an exploration of a man who could not control his rage out of the ring, which is what was his great downfall. Yet the artistry in the film could not be denied, and the critics awards piled up, and the picture received eight Academy Award nominations, including Best Picture, Actor, Director, and Supporting Actor and Actress.

“I knew then I would always be an outsider” said Scorsese after watching Ordinary People (1980 take Best Picture and well liked actor Robert Redford win Best Director. A conservative drama about WASPS in crisis the film offended no one, was impeccably made and well acted, but has been virtually forgotten while the reputation of Raging Bull (1980) has increased dramatically. Ordinary People (1980) offered the Academy the chance to honor Robert Redford, a major box office star through he seventies who had been nominated just once for Best Actor. Raging Bull (1980) was a visceral, punishing film experience, with as much violence out of the ring as in it, and the emotional brutality equal to the physical. As expected De Niro won Best Actor for one of the cinema’s greatest performances, and the film won for its film editing, but nothing else. Stunned Scorsese would carry one quietly making the films he wanted to make, raising his own money sometimes, never wanting to allow a studio any sort of power over him again.

He must have known when he was nominated for Best Director for The Last Temptation of Christ (1988) he had no chance of winning, the nomination was a tribute for the remarkable he had made. But after sweeping the critics with Goodfellas (1990), earning awards from the LA and NY Film Critics, as well as the National Society of Film Critics, he might have expected an Oscar for the film, only to be again stung when an actor took the prize for a well made western. Granted actor-director Kevin Costner had surprised everyone with his three hour Dances with Wolves (1990), one third of the film in subtitles, a western celebrating the lives of the Native American, and a genre thought to be finished. Yet again he had a film with a great deal of violence, sudden and shocking, a profanity laced script and characters who were career criminals, not conservative at all. Costner made a very good film, Scorsese made a masterpiece and I wonder if there is anyone out there who doubts this fact?

What is really shocking is that both actors Redford and Costner also won the Best Director Award from the Directors Guild of America!! Fellow directors did not celebrate Scorsese’s artistry!!

Scorsese admitted to genuine shock when he, Michelle Pfeiffer and his film The Age of Innocence (1993) were snubbed by the Academy as the film was well reviewed and earned the director a nomination from the Directors Guild.

It was through the nineties, when essays began turning up hailing Scorsese as the greatest living director that Hollywood seemed to wake up to the artist. While Cape Fear (1991) received nominations for two of its actors, Casino (1995) for one, Kundun (1997) for its crafts, and Bringing up the Dead (1990), nothing (and deservedly), Scorsese was being celebrated in essays, articles and by other directors. Steven Spielberg won  two Best Director Oscars in the nineties made it clear he believed his friend Scorsese to be the greatest living filmmaker as did Francis Ford Coppola. When Miramax finally funded his long-awaited crime epic Gangs of New York (2002), Oscar heavyweight Harvey Weinstein threw all his considerable power behind the campaign for the film hoping to get Scorsese an Oscar. Yet when the reviews for Chicago (2002) came in and Weinstein smelled Oscar for that film, he essentially threw Scorsese under the bus and forgot about him. It would be the first of his next five of six films to be nominated, The Aviator (2004) following and finally he won for The Departed (2006), a stunning remake of the Hong Kong thriller Internal Affairs (1996). Some writers complained that he had won for a lesser film, but in fact The Departed (2006) is among his finest work and now ten years old has he up remarkably well, containing the last great performance from Jack Nicholson.

After a long collaboration with Robert De Niro that began in the seventies and continued into the nineties, he found a new muse, Leonardo Di Caprio and cast the actor in four of the last six and has plans to work with him again. Di Caprio helped at the box office to be sure, but his work with Scorsese allowed him to expand and grow as an actor and when he won his Oscar for The Revenant (2015) he thanked Scorsese at the podium despite the director not having directed the film.

Of the last six films he has made, Scorsese has received Best Director nominations for five of them, and frankly he should have received a sixth for Shutter Island (2010), but Paramount dropped the ball and bumped the films release to the spring of the year and it was forgotten by years end. Shameful. A second Oscar should have come for The Wolf of Wall Street (2013) but did not, and all eyes are on his upcoming film ‘Silence’ for a second trip to the Oscar podium for the legendary director. Even if ‘La LA Land’ wins Best Picture, Scorsese could win Best Director, because the tide has turned and the man Hollywood did not understand, the man who they snubbed repeatedly for outstanding work, can do no wrong.

I have met Scorsese once, a twenty-minute conversation in which we made a quick trip through his filmography and discussed John Ford’s The Searchers (1956) one of his favorite films and mine. He was intense, but smiled often, obviously loving to talk film. He was surprisingly tiny, but had a firm handshake and looked right at you with black eyes the entire time he speaks with you. The air kind of goes out of the room and you know you are in the presence of greatness. I liked him immensely, and hope to one day have another chance to sit down with him and talk movies.