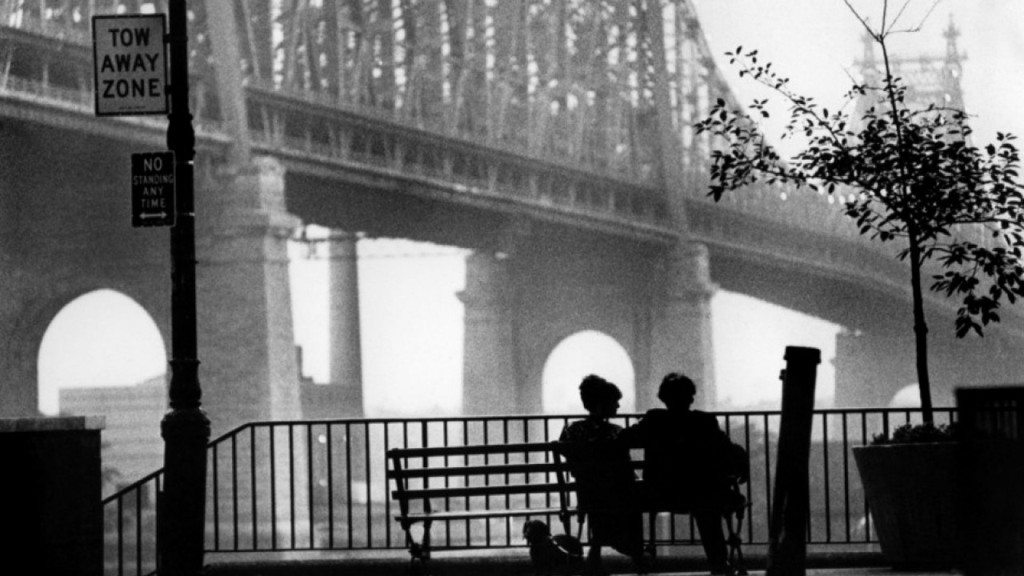 Love…..Ecstasy…..Sadness…. Woody Allen’s world of cinema is replete with some of the most profoundly intimate human emotions that are distinctively American in its treatment yet so universal in its appeal. But I happened to break into his world of romance and comedy much later in my journey as a cinephile. But honestly I was quite apprehensive about venturing into his cinema. My way of exploring new films has always been through filmmakers. Something really fascinates me about a filmmaker’s vision no matter how controversial or “inaccessible” their films may seem. There is a good amount of time that I spend in researching a filmmaker’s work before getting into his filmography as it helps me paint an image of enigma and intrigue that subtly amplifies my curiosity. Allen’s was a name that I kept coming across frequently in lists mentioning the greatest screenwriters in cinema but nothing about his work really got me interested to give it a try.

However, one night I remember going through my watch-list and I stumbled upon ‘Annie Hall’, which is widely regarded as Woody Allen’s finest film. And it blew me away with its poignant sense of humor, witty dialogues, unforgettable performances and how Allen kept breaking the fourth wall sporadically that captivated me like no other romcom I had ever seen before. ‘Manhattan’ might lack the quirky sense of humor that was so explicitly flaunted in ‘Annie Hall’ but I was floored by its emotional force and vigor and more interesting characters. To my mind, ‘Manhattan’ is everything that Woody Allen is all about. And I’ve always been in awe of filmmakers who express their thoughts and perspectives about life through their cinema so audaciously which is why I have no qualms in proclaiming ‘Manhattan’ as the best film Woody Allen has ever made.

We’ve all loved and been loved at some point of time in our lives by someone who made us realize the meaning of that word. Or maybe, we never really could understand the true essence of love. And it is this mystery that makes love so complicated. As Allen’s character in the film says, “You don’t know what love means, I don’t know what love means, Nobody out there knows what the hell’s going on”. What separates “Manhattan” from other romantic films is that it does not try to provide a solution to any of the characters’ problems. What Allen does here is present us with many interesting and flawed characters who never really know what they want in life. We see Issac’s friend, (Name of Allen’s character in the film) Yale, a married man, confessing to him that he’s been seeing another woman (Mary played by Diane Keaton) in one of the film’s early scenes, we see Issac  trying to explain to his 17-year-old girlfriend, Tracy, that what she has for him isn’t true love. But the underlying irony that seeps through the film is that it is Tracy who comes out as the most matured character among the adults. Woody Allen’s signature sense of humor is masterfully put to play in here when he shows us how we humans could be so fragile and frivolous underneath all that exterior pride, ego and the lies that we keep telling ourselves. Issac is a character who refuses to admit that he loves Tracy because he believes she is too young for him and that he deserves someone older and matured. So he falls into the arms of Mary after breaking up with Tracy convincing her that she should go to London and become a successful actress.

But truth be told, Mary and Issac are polar opposites of each other. Allen hints us that in their first meeting when Mary was still with Yale and they have a conversation about photographs, Plexiglas sculpture, steel cube and Ingmar Bergman where both of them disagree with each other’s opinions on every topic. Their relationship was nothing more than a beautiful portrait of broken souls coming together to find solace in each other’s arms. And when Issac realizes that Mary was not his type and that the only woman he truly loved was Tracy, it’s all too late, leaving us with many questions unanswered. Was Tracy his real love? Does he wait for her to be back from London so that they can be together? If yes, will they ever be able to live as a happy couple considering Tracy’s age? So is love really worth living for? What we see in the final scene at the airport is a man who has to come to the point of self realization that he has been lying to himself all his life and didn’t divulge the feelings he had for the one woman who loved him with all her heart. Tracy was a reflection of the child in him, his endearing inner coyness and everything he denied throughout his life camouflaged with the facade of a matured, cynical intellect. In the end it is only when Tracy says, “You have to have a little faith in people”, Issac gathers pieces of himself, his past and perennially lost desires in the vapors of what we call life. But aren’t these the tiny little flaws that ultimately make us all humans? What remains for Issac now are memories of the good times he had with Tracy and a deep regret for letting time go off.

For someone like me who neither grew up in New York nor was born in the 70s, this film still strikes a chord of nostalgia; nostalgia of the good times spent with someone who was once so close to you; nostalgia of a city that has embraced you and loved you throughout the many ups and downs in your life. And that in itself shows how much heart and soul Woody Allen has put into this film. The performances are some of the finest ever in cinema. The subtle delicacy and vulnerability that Mariel Hemmingway brings on to Tracy feels heart-wrenching and humane. The way she breaks down when Issac says that he loves another woman is heart wrenching. The emotions in the scene are so raw and powerful. Diane Keaton is brilliant in her portrayal of a seemingly bold but deeply confused woman and so is Michael Murphy who portrays an emotionally torn, confused married man. But the one performance that stood out for me was Woody Allen’s. Although his character here is quite similar to the one he played in “Annie Hall”, he still manages to distinguish this character on his own. The way he fumbles in front of Tracy when he confesses that he loves another woman and immediately consoles her when she cries with a tender sweet voice is so perfect. The absolute beauty of the film lies in the way it has captured those simple but intimate moments between the characters. There are scenes that are so ordinary and yet special, scenes that are slices of our lives. The beauty of life and human nature lies in the differences . And ‘Manhattan’ is a celebration of those differences and a gorgeous blend of human relationships and desires. It is, to my mind, Woody Allen’s most profound and intimate piece of work. A delectable meal for a cinpehile’s hungry heart.