Will There be a Wicked Tuna Season 10? 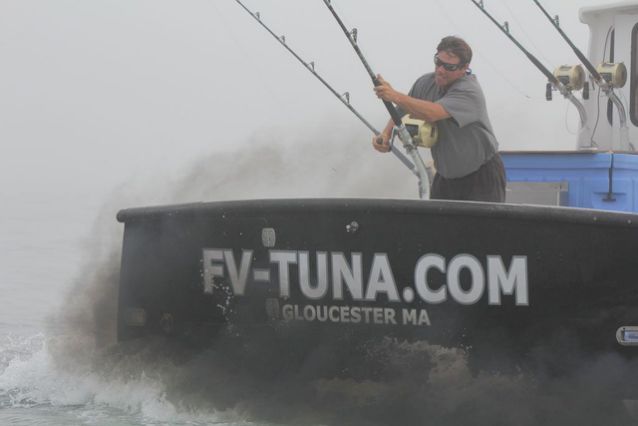 ‘Wicked Tuna’ is Nat Geo’s reality television series, which, as the name suggests, documents the ordeals of commercial tuna fishermen as they hunt for the lucrative Atlantic bluefin tuna. Mostly based out of Gloucester, Massachusetts, the events are set in vessels, captained by experienced experts, scouring the harsh waters of the North Atlantic Ocean. The primary format of the show revolves around the crews, battling it out to gain the maximum profits in each fishing season.

‘Wicked Tuna’ gives an in-depth look into one of America’s oldest industries. It also lends important insights into the issues surrounding the depleting quantities of the elusive bluefin tuna. The showcased captains need to strictly follow the U.S. regulations which determine the size limits and quotas for the season. Because of its racy yet informative format, the series is one of the longest-running titles on National Geographic, having spanned nine seasons to date. Here’s everything you need to know about its next edition.

Wicked Tuna Season 10 Release Date: When Will it Premiere?

‘Wicked Tuna’ season 9 premiered on March 1, 2020, on the National Geographic channel. It ended with its 15th episode on June 7, 2020. Needless to say, the show, in spite of following the same format, is extremely addictive for its real-time portrayal of the adversities faced by fishermen daily on the high seas. Each episode is packed with unpredictable twists and dangerous situations faced by the crew members on-board their respective vessels. As a result, ‘Wicked Tuna’ has progressed to become one of Nat Geo’s staple shows and a rating generator. Hence, the next edition is almost a no-brainer. We should get an update in the coming months.

The only question here is when the new season will hit tv screens. ‘Wicked Tuna’ is usually filmed in the fishing seasons, which runs from June – October each year. The respective season then drops on Nat Geo the subsequent year, usually in March (from 2017 onwards). However, owing to the ongoing COVID-19 pandemic, we expect a bit of delay in the shooting this time. If the fishing months get pushed back to at least August this year, ‘Wicked Tuna’ season 10 might premiere in March 2021. But nothing is sure yet. Watch this space for additional updates.

Wicked Tuna Season 10 Cast: Who Can be in it?