‘Wild Strawberries’: A Tale of Conscience and Existence 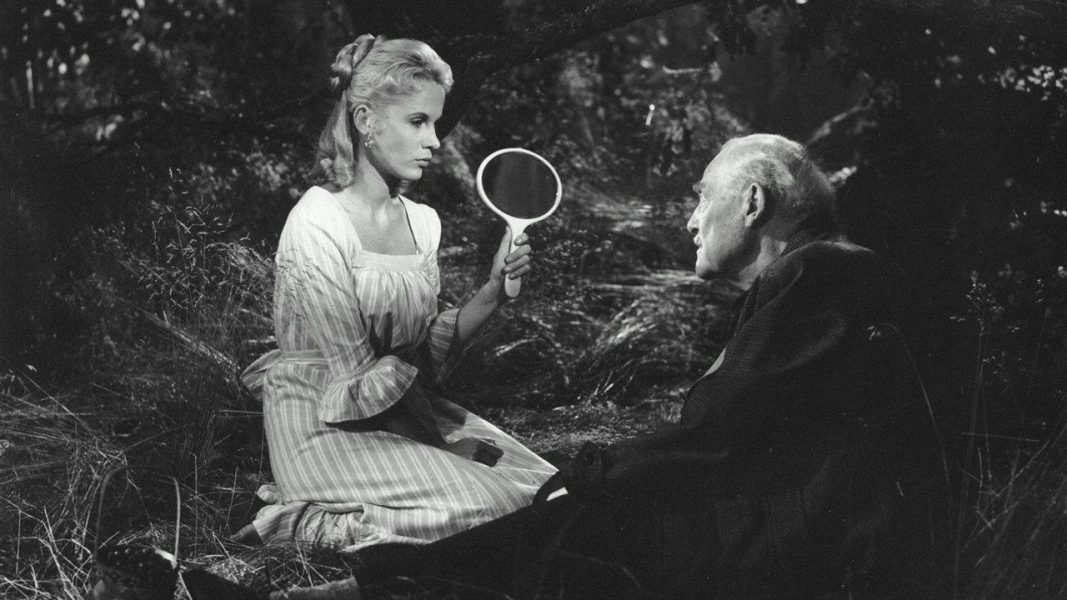 Surreal yet so real, alive yet so dead, humane yet so beastly and finally beautiful yet so terrifying; the mystic world created by Ingmar Bergman’s ‘Wild Strawberries’ (1957) concocts a feeling of eternity. The Swedish movie is not just a narrative based on a man’s life and times; it is a grim reminder of life itself. It chronicles the story of an old man coming to terms with the realities of his life. During a road trip from Stockholm to Lund, 78-year-old physician Professor Isak Borg reminisces about his past life through nightmares, memories and lucid dreams and finds out that most of it has been pointless subject to his inability to truly love and care for others. Although successful and rich, Professor Borg is lonely thanks to his cynical and grouchy nature. He is accompanied by his melancholy yet loving daughter-in-law Marianne, who takes occasional digs at Isak’s quintessential cold nature.

During the trip, they stop at a place where Isak stayed during his youth. While sitting at a patch where wild strawberries used to grow, Isak remembers his past love Sara who eventually married his brother in a sad turn of events. Ironically though, Isak meets a group of hitchhikers consisting of a woman and two men. Both the men love the same woman, also named Sara, thereby forming a bridge between Isak’s own life and the group. While the journey continues, another middle-aged couple is picked up by Isak’s car under unusual circumstances. While inside the car, they spit venom at each other to which Marianne objects. She politely yet sternly instructs the couple to leave the car. What follows thereafter is a surreal journey into the life of Professor Borg. In one of the nightmarish scenes, he is declared guilty of guilt itself. We also get glimpses into his wife’s infidelity and her deep contempt for him.

It is important to remember that Bergman was going through a marital crisis and was hospitalized when the scripting for the movie was being done. Also, he was sick and tired of his father with whom his relationship had worsened beyond repair. Thus, it wouldn’t be too far-fetched if the movie were to be considered to be some sort of an autobiographical statement by the auteur. Although, we find through multiple testimonials that Professor Borg has been self-centered and egotistic all his life, his calm demeanour and loving persona presents a contrasting picture. There lies the irony and the duplicity of life. The initial dream sequence is a tribute to death itself where we find that the dead body of Professor Borg is dragging his living self into the grave.

Through the conversations that Isak has with his co-passengers, he seems to be a rather sorted person having an enchanting aura of tranquility that impresses people around him. Interestingly though, he seems emotionally vulnerable in his dreams and memories. Throughout the movie, the filmmaker intentionally bends time and space in order to create a world which, although very real in appearance, is far removed from the ulterior of actuality. We seamlessly move from this world to the world of dreams through this hauntingly moving tale that hinges on the borders of nothingness. Professor Borg is on his way to receive the honorary degree of Doctor Jubilaris from Lund University. This stands in sharp contrast to his personal life that has been unforgiving to say the least. Thus, there is a constant attempt on his part to vindicate his life through his professional successes. His son Evald Borg, much like him, is also a physician and is cold at heart. Marianne is shown to be pregnant while grappling with the fact that Evald doesn’t want a child while she does. In a subtle turn of events, Evald accepts the child after realizing that he can’t live without Marianne. This authoritatively establishes the difference between Professor Borg and Evald, who eventually succumbs to emotions. Although Isak accepts the degree with much fanfare, he still seems to be at odds with his entity. However, when Sara and her two male friends bid him farewell after the event, he suddenly starts to look at his life from a fresh perspective and reconciles to his being.

Victor Sjöström, who plays the role of Professor Borg, was a director par excellence during his heyday. No one and I mean no one could have been as convincing as him in this role. While he was initially not too keen on taking up the part, he finally turned in one of the most stellar performances in cinematic history. Ingrid Thulin, acting as Marianne, is at her subtle best and steals many a moments in the movie with her grace and wit. However, Bibi Anderson, playing the role of Sara in both her avatars, is the clinching factor in the movie. She moves with élan and plays out her part to absolute perfection.

The cinematography by Gunnar Fischer couldn’t have been any better. While watching contemporary movies, there are times when one feels that the pictures are presenting a stronger narrative than what is required. However, with ‘Wild Strawberries’, the visuals never go overboard and complement the story through an apt representation of the distinction between dreams and reality. With immaculate close-ups and the intelligent interplay of light and shadow, the film is a director’s delight. It would be an injustice done if no mention is made of the music that accompanies the storyline with stupendous precision. Erik Nordgren amplifies the bright and melancholy world of Professor Borg, who has lived a life that has been far from full.

Bergman has always been a master storyteller, one who has never been constrained by the foibles of his time. ‘Wild Strawberries’ is akin to a time travel that leaves a permanent imprint on the audience never to wear off. While most other filmmakers of his time were busy developing effective narrative structures, here was one man who had mastered it to the extent that form never took precedence over content. ‘Wild Strawberries’ would continue to remain a timeless classic no matter what happens.