When Will Will & Grace Season 11 Return on NBC? 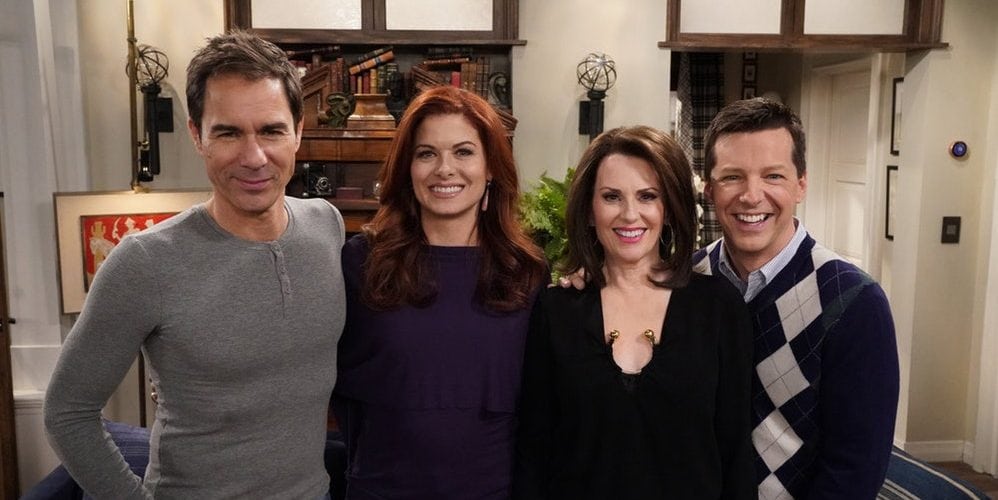 ‘Will & Grace’ is an American sitcom that airs on the NBC network. Created by Max Mutchnick and David Kohan, the show is set in New York City and revolves around the friendship between gay lawyer Will Truman and interior designer Grace Adler.

For those unaware, ‘Will & Grace’ is a show that goes back two decades, with Season 1 having premiered on September 21, 1998. Since making its debut, the show ran for a total of eight seasons, with the Season 8 finale airing on May 18, 2006. During this phase of its run, it was the highest-rated sitcom among adults in the age group of 18-49 years from 2001 to 2005, and it also enjoyed tremendous critical acclaim, winning several awards. However, it was shelved owing to internal conflicts.

After a lull of 11 long years, NBC decided to put the show back in production, after the cast reunited for a 10-minute special in September 2016, urging Americans to vote in the 2016 US Presidential Elections. The special was received well, and NBC put its plan of reviving the show into motion.

However, you should note that on July 25, 2019, NBC confirmed that the 11th season is also going to the last for the popular tv show and that it was ultimately a creative decision between the cast and creators.

“We think of the Will & Grace episodes the way Karen Walker thinks of martinis — 51 is not enough, 53 is too many. That is why, after consulting with the cast, we all have decided this will be the final season of Will & Grace,” said creators Max Mutchnick and David Kohan and executive producer and director James Burrows in a statement.

The original show consisted of four main characters, all of whom return in the revival cycle of the show which began in 2017.

Will & Grace Plot: What is it about?

In the show, Will is portrayed as a gay man who has built a successful career as a corporate lawyer since he graduated from Columbia University. Will’s friendship with Grace goes back to his freshman year at university, and since then, the two have been best friends. While Will has an obsession with certain tasks like cleaning, dressing, and decorating, he is also extremely compassionate and patient towards those he cares for, sometimes even to a fault.

More level-headed than Grace, Will often serves as her rock. Grace, on the other hand, is portrayed as a successful straight interior decorator who lives as Will’s roommate throughout most of the show. More neurotic as compared to Will’s level-headed nature, Grace often relies on him for emotional and moral support, especially when she suffers from heartbreak.

Being a sitcom, ‘Will & Grace’ follows this relationship between the titular characters as they deal with ordinary and extraordinary situations that arise in their lives. Apart from them, alcoholic socialite Karen Walker and gay actor Jack McFarland also feature frequently in the show, and the four are shown to be close friends. Through the trials and tribulations of casual sex, dating, marriage, and divorce, the four friends stick by each other, and their way of dealing with situations, of course, is quite hilarious.

However, where the show stands out, as it has always had since the beginning, is in its satirical depictions of stereotypes surrounding homosexuality and Jewish culture. Such has been the impact of the show that it has been credited with improving public opinion about the LGBTQ community in America, and items from the show even feature in the reputed Smithsonian Institution’s LGBT history collection.

In season 11, we see Grace returning from her Europe trip with tales of “good, dirty, fun,” new visions, a bug bite, and a pregnancy with Marcus. Meanwhile, Will is worried about his on-hold relationship status with McCoy — with Grace advising that he resort to phone sex. Will then directly conveys to McCoy he doesn’t want to be on hold anymore and needs to discuss their future, which includes marriage and a baby.

Well, it seems like ‘Will & Grace’ is all set to wrap up like its parent series where the protagonists end up with families.

Unsurprisingly, ‘Will & Grace’ enjoys quite a lot of critical acclaim, and Season 9 of the show, the first season since its revival, enjoys a Rotten Tomatoes score of 89%. Season 10, however, was a relative let down and has a score of 60% on the aggregator website.

‘Will & Grace’ also enjoys considerable popularity among viewers, and has a good rating of 7.2/10 on IMDb, after over 46,000 votes. Further, the show boasts 30 Golden Globe nominations, and has 18 Primetime Emmy Awards under its belt, with each actor in the main cast having won at least one Emmy.

You can check out the official trailer for season 11 below: