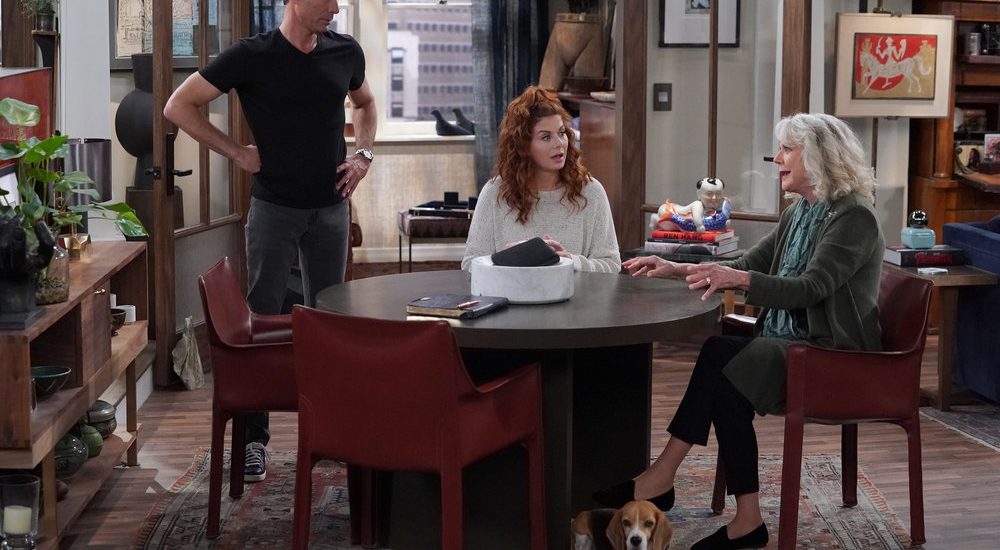 Fans of NBC’s sitcom, ‘Will & Grace’ might already know that the current 11th season is the final installment from the series. And hence, undoubtedly, the expectations are high. In last week’s episode, we follow Will and Grace as they scout for future schools for their to-be kids. Grace is still confused about her relationship with her neighbor whereas Will cuts off Jack from his life (financially).

This week, the pair goes through a series of several other mishaps. Now, if you are done with the events of the latest episode, you might be wondering about the hows and whens of the next episode. Well, here’s everything we know about ‘Will & Grace’ Season 11 Episode 11.

Will & Grace Season 11 Episode 11 Release Date: When Will It Premiere?

Here’s what the episode will entail as per the official synopsis: “Grace and her neighbor, James, give their relationship one more shot, but when James invites Grace to his job at the aquarium, she endangers his job and a species; Jack takes Will to an unexpected place to blow off steam — church.”

Where to Watch Will & Grace Season 11 Episode 11 Online?

You can watch ‘Will & Grace’ season 11 episode 11 on NBC at the above mentioned time by tuning in to your tv screens with a cable connection. You can also watch it on NBC’s official website or the NBC app.

The major focus in this episode is Grace’s meeting with Will’s mom Marilyn. The latter is worried about Grace being a single mother and hence, without Grace’s knowledge, she fixes a beagle-breeding couple as the baby’s future adoptive parents.

However, Grace naturally comes to know about this arrangement and she confronts Marilyn — asking why she would take this step in the first place and that too behind her back. Marilyn then explains her own experiences of parenting and hence, her doubts. Grace, meanwhile, is confident that she can raise a child on her own. She says that she will have Will’s help and she will manage it fine on her own.

As far as the storyline for Will goes, according to NBC, “Will gets enlisted by Karen to deal with a P.R. nightmare created by a homophobic player on her baseball team.” Will discusses with Hector and tries to reassure him while the latter struggles to come out as gay.

Finally, the ultimate hilarious scenes are those that revolve around the arrival of a mouse. Jack and his husband, Estefan, go to extreme lengths to get rid of the unwelcome visitor. We have all been in this situation once in our lives and no doubt, it’s relatable — not to mention extremely funny!