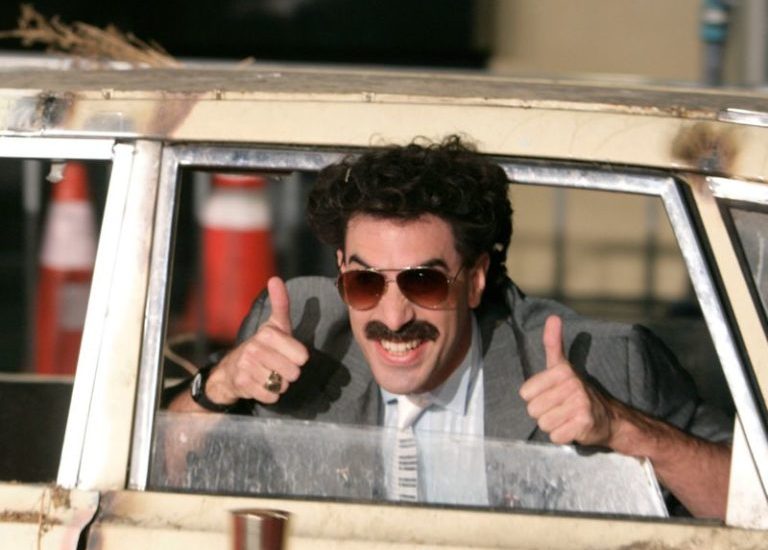 ‘Borat 2’ is most definitely a product of our time, and it serves up some rather poignant social commentary as well. The mockumentary comedy film centers upon the eponymous reporter who is on a mission to gift his daughter to Vice President Mike Pence. The film tackles various issues like the Trump Presidency and the Covid-19 pandemic alongside the racism and hatred in our society. If you’re curious about the possibility of a third film in the franchise, then we have got you covered.

‘Borat 2’ released on October 23, 2020, on Amazon Prime. It is exactly as thought-provoking and satirical, if not more, than the original installment of the franchise. Many troubling social themes are discussed, albeit with the help of comedy.

For this very reason, fans of the Kazakh journalist just can’t get enough of him. As of today, there is no news about a potential sequel, but if the project were to be greenlit, we can expect ‘Borat 3’ to release sometime in 2025 or later. This is because we suspect that even though the political climate will be polarizing in the future, the filmmakers may not want to iterate the same leaders in every movie.

Sacha Baron Cohen is Borat, whereas Maria Bakalova plays his daughter, Tutar, in the second film. We strongly feel that he will reprise his role if and when filming for the sequel commences because let’s be real, what would the ‘Borat’ franchise be without the absolutely droll and entertaining Kazakh reporter? There is a reason that Cohen is practically synonymous with the movie series.

Bakalova’s character has certainly proven to be a great addition to the franchise. The daughter, who is as lewd and outrageous as her father, goes on a journey of her own and really grows as a person. By the end, she is even instrumental in bringing about some changes to her homeland. ‘Borat 2’ just feels like the beginning of this peculiarly funny father-daughter duo, and so, we do think that the Bulgarian actress will make a comeback.

Apart from this, the leader of Kazakstan, Premier Nazarbayev, is also important to the plot. It is Dani Popescu who plays him. However, given the ending of ‘Borat 2,’ we doubt he’s going to be interacting with the main characters anymore. So, for this reason, we don’t expect to see him in the sequel.

Borat 3 Plot: What can it be About?

At the beginning of ‘Borat 2,’ the reporter is imprisoned in a gulag as Kazakhstan became a laughing stock on the global platform after the first movie released. Fourteen years after this, Premier Nazarbayev needs Borat for a mission – to deliver a gift to Mike Pence. This is because the leader hates the fact that President Trump hangs out with people like Putin and Kim Jong-Un but not him. So, the plan is to appease the Vice President so that Nazarbayev can also be a part of the group.

Although the exact political debates covered in the third installment cannot be determined today, the story will definitely shed some more light on topics like racism, feminism, and misogyny, to name a few. All of this could be wrapped up nicely inside a plot where the very ludicrous Borat and Tutar will have a really quirky mission to accomplish.