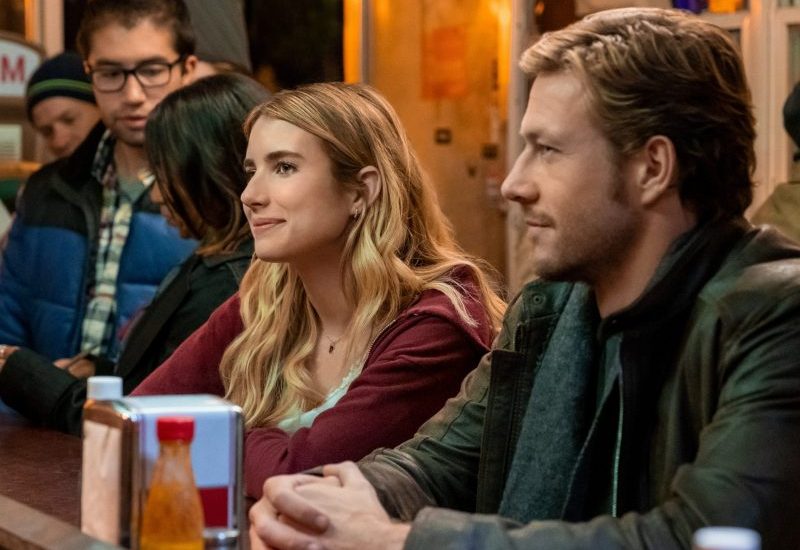 ‘Holidate’ is a romantic comedy that follows Sloane and Jackson as they enter a platonic dating arrangement with each other for every festive occasion in the year, just to get their families and the external pressures of romance off their backs. But will this casual association eventually turn into love? Well, if you’ve seen the film, you know that it is a good old-fashioned rom-com with a modern twist. So, if you’re wondering about a potential ‘Holidate’ sequel, then we have got you covered.

‘Holidate’ released on October 28, 2020, on Netflix. The movie was well-received by the general public for the most part, and its unconventional approach to an oversaturated genre was also commended.

For this very reason, one could expect to see a second film being added to the franchise. While there is no news of a sequel just yet, if such a project were to be greenlit by the streaming giant, we can expect ‘Holidate 2’ to release sometime in 2022 or later.

Holidate Sequel Cast: Who can be in it?

Emma Roberts plays Sloane, whereas Luke Bracey plays Jackson. The two become each other’s platonic dates so that neither of them has to face constant judgment about their relationship status. Speaking of which, Kristin Chenoweth is the carefree and serial dater Aunt Susan that Sloane’s mother, Elaine (Frances Fisher), does not want her daughter to end up like.

Jessica Capshaw plays Abby, Sloane’s married sister who is also a mother of four. Given their relevance to the plot, we do think that these actors could make a comeback in the sequel. Moreover, after the ending, there is a possibility that Manish Dayal (Farooq) will feature as well.

Holidate Sequel Plot: What can it be About?

‘Holidate’ is the story of Sloane and Jackson, who eventually become each other’s platonic dates for the festive occasions that occur over the year. What leads them to this decision? In her case, it is an overbearing mother who just cannot see her daughter single. Plus, by entering this accord, there is an enormous amount of pressure associated with romance and holidays lifted off their shoulders.

The two spend time together, and they actually become great friends. Sloane and Jackson definitely have a great rapport! It even looks as though what they have is slowly turning into the real deal. But with her commitment issues surfacing, will they get a shot at a real relationship, warts and all?

As far as the sequel is concerned, we think it could go two ways. Firstly, it could continue to explore Sloane and Jackon’s story a few years down the path. It would be heartwarming to see how a casual relationship turned into something stable and loving. On the other hand, there is also the possibility that we are introduced to an entirely new couple that has their own unique challenges to overcome. The scope of a potential franchise is quite wide, but we’ll just have to wait and see which direction it heads in eventually.