Will There be a Prospect Sequel? 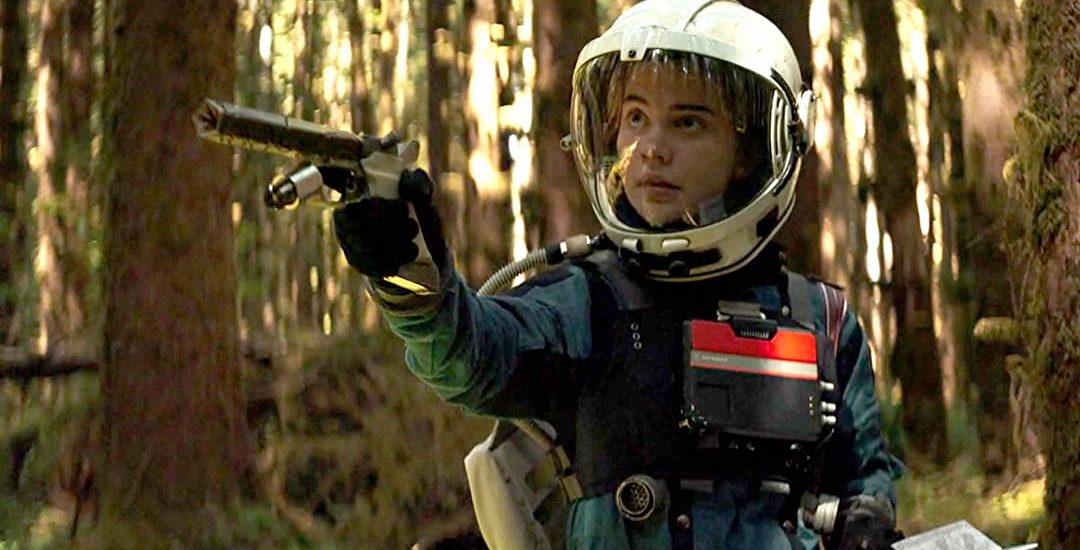 Directed by Zeek Earl and Chris Caldwell, ‘Prospect’ follows Cee and her father, Damon, as they journey through the green moon to harvest some rather valuable gems. But an encounter with two strangers poses a serious threat to their mission. What stands out about the movie is its alluring yet simple script combined with some rather fantastic character development. Plus, it is quite a unique film in the science-fiction genre, as far as the narrative is concerned. If you wish to learn more about the possibility of ‘Prospect 2,’ then we have got you covered.

‘Prospect’ originally premiered at the South by Southwest Film Festival on March 5, 2018, following which, it was released in theatres on November 2, 2018. It mostly opened to good reviews that appreciated the character-driven narrative.

Given that the directors have meticulously and painstakingly developed the ‘Prospect’ universe, it would be absolutely divine to get a sequel. In a Reddit AMA, Earl said that they would love to create some more stuff for the franchise in the future. However, there is no news about the next project just yet. Considering everything, we believe that if the sequel were to be greenlit, we expect ‘Prospect 2’ to release sometime in 2022 or later.

Prospect Sequel Cast: Who can be in it?

Sophie Thatcher stars as Cee, whereas Jay Duplass brings the role of Damon to life. There is a high possibility that the former will reprise her role in the sequel. However, because of what goes down with Damon (we don’t want to give you any spoilers here), the chances of Duplass returning are slim. Apart from this, Pedro Pascal plays the charming yet dangerous Ezra, who is seriously injured by the end of the movie. However, since there is no conclusive answer to whether he lives or dies, we wish to stay optimistic and hope to see Pascal return as a cast member, if there is a sequel.

Prospect Sequel Plot: What can it be About?

Damon has been hired by a group of mercenaries to retrieve precious gems from a site called the Queen’s Lair, which is fabled to be full of riches. Along with Cee, he is on his way there when their space pod malfunctions. Now, the father-daughter duo is miles away from their intended destination, and they decide to proceed on foot. During their journey, they come across two strangers— Ezra and Oruf. In an ensuing altercation, Cee’s life is changed forever. The film follows the teenager as she works with Ezra to accomplish the task at hand.

So what can we expect from the sequel? Well, by the end of the first installment, Ezra sustains serious physical wounds. But it is also possible that he survives his injuries and goes on more adventures with Cee. With regards to the next chapter in the franchise, it would be great to see the two jet off to different corners of the ‘Prospect’ universe, mostly owing to their nomadic lifestyles. But as for the particular obstacles they will face on their journey, it is anybody’s guess.

Read More: Where Was Prospect Filmed?