Will There be a Sex And The City 3? 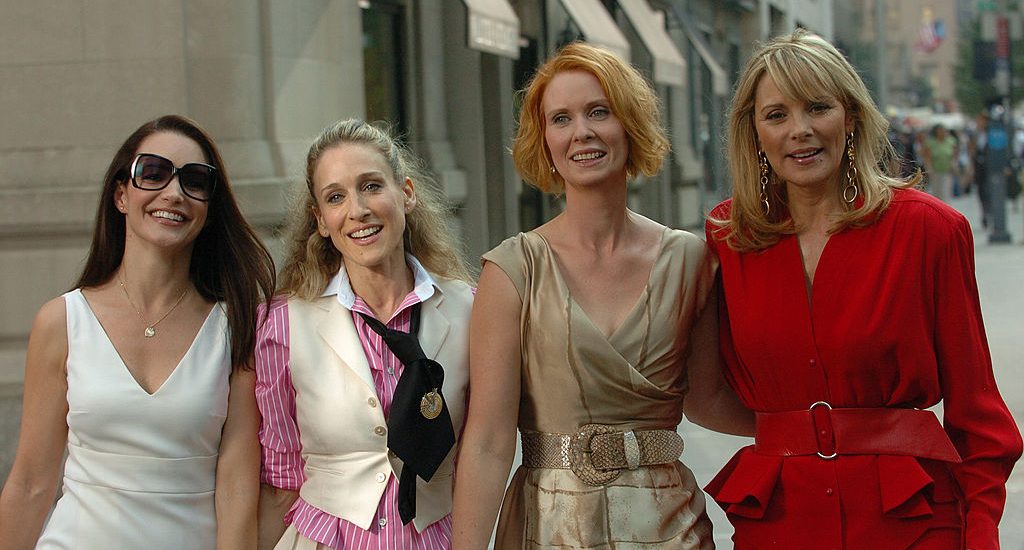 ‘Sex and the City’ first became wildly popular in the late 1990s when it ran as an HBO series between 1998 and 2004. The many romantic (and sexual) adventures of Carrie Bradshaw and her stalwart girlfriends – Miranda, Charlotte, and Samantha – are as iconic as Carrie’s immensely fashionable and quirky wardrobe. These 30-something women lifted the taboo off of open and honest discussions around sex by making “sex talk” an essential part of their Sunday brunches and weekday lunches.

In 2008, the franchise came out with a movie of the same name that furthered the dearly familiar story while packing all the fun, frivolity, friendship, and emotionally charged drama into a two-and-a-half-hour-long neatly tied package. We also got a second film out of the franchise, but ever since its release a decade ago, fans have been clamoring for a third installment. For years now, the makers of the series and the actors have been teasing an upcoming third part of ‘Sex and the City.’ But is it really happening? Is a third part of ‘Sex and the City’ really on the horizon? If you’re curious to know more about ‘Sex and the City 3’, we’ve got all the information right here.

Sex and the City 3 Release Date: When will it Premiere?

Since 2010, news of a third ‘SATC’ film has floated around constantly, although a release date was never confirmed by the makers. Long-standing animosity between Sarah Jessica Parker and Kim Cattrall has so far made it impossible for the project to take off, despite multiple attempts to start production. In 2017, news broke out that the third film has been scrapped completely, much to the dismay of fans across the globe. The latest we heard, as reported by TV Line in December 2020, is that instead of a movie, HBO Max is coming out with a limited series of ‘Sex and the City.’ There is currently no release date for it and no confirmed details by the studio or the makers yet, but some rumors claim that it’s a season 7 while others claim it’s a reboot. If a new season of ‘SATC’ were in the works, it could be expected to hit our screens in the year 2022.

If a new limited series is, in fact, in the works instead of a third movie installment, then Sarah Jessica Parker, Kristin Davis, and Cynthia Nixon can be expected to reprise their roles as Carrie, Charlotte, and Miranda, respectively. Kim Cattrall (who plays sex-positive Samantha in the show and the films so far) has made it pretty clear that she would not be returning to ‘Sex and the City’ ever. As she has claimed in multiple interviews, her decision to not continue playing Samantha comes from wanting to do different kinds of roles now that she’s in her 60s. Speculative rumors suggest that her decision also stems from the fact that Cattrall and SJP are not (and have apparently never been) on the best of terms. Oh well, long-running feuds have a way of throwing a wrench in things that would otherwise be absolutely wonderful.

Sex and the City 3 Plot: What can it be About?

In 2017, when the news of ‘Sex and the City 3’ being canceled hit the internet, one of the reasons that surfaced for Kim Cattrall’s withdrawal from it was that she had felt that the script did not offer her character much in terms of storyline. Reportedly, it was rumored back then that the story for the third movie focused on Carrie’s grief and coming to terms with Mr. Big’s death (which supposedly was to happen within the opening minutes). These reports of Big being killed off were never confirmed by the cast or the makers. Speaking of the script, Sarah Jessica Parker told Extra in 2017, “We had this beautiful, funny, heartbreaking, joyful, very relatable script and story. It’s not just disappointing that we don’t get to tell the story and have that experience, but more so for that audience that has been so vocal in wanting another movie.” If speculations of the new HBO Max limited series are indeed true, we do hope we get to experience this script that had SJP raving so.