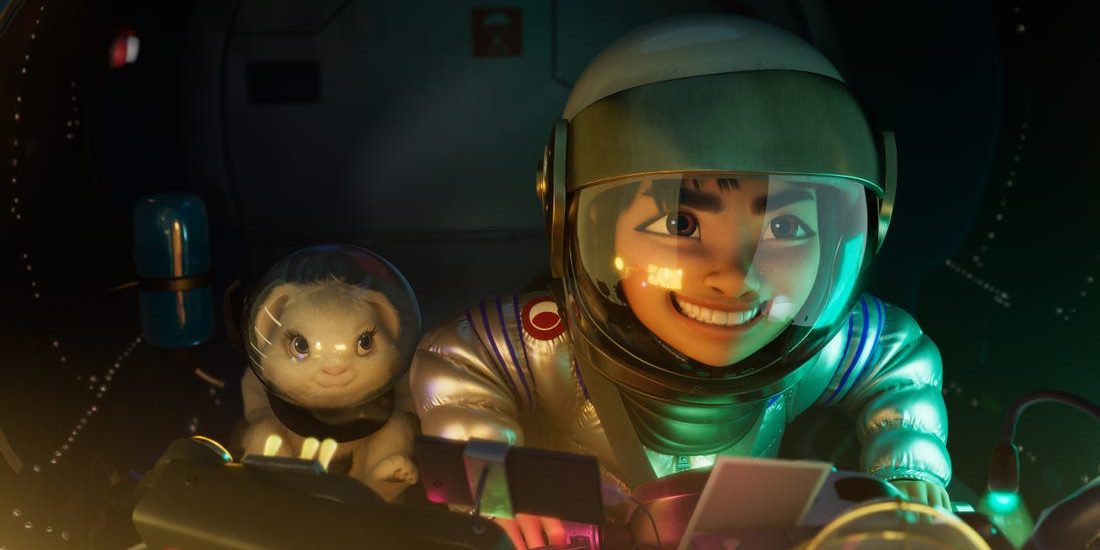 ‘Over the Moon’ brings to life a classic Chinese myth through animation. This musical revolves around a young girl who constructs a rocket ship so that she can prove that the fable of Chang’e, the goddess of the moon, is real. The film features the final screenplay written by Audrey Wells, who unfortunately lost her battle with cancer. The movie is also a step forward when it comes to Asian representation on screen. So, what scope is there of a sequel? Let’s find out.

Over the Moon Sequel Release Date

‘Over the Moon’ premiered at the Montclair Film Festival a week before it released on Netflix on October 23, 2020.

This family-friendly flick boasts of a unique spin on the adventure genre, and for this reason, it received mostly good reviews. As of today, there is no news about a sequel. However, another film in the series would be much appreciated. If such a project were to be greenlit, then we can expect ‘Over the Moon 2’ to release sometime in 2023 or later.

Over the Moon Sequel Cast: Who can be in it?

Cathy Ang is the voice behind the protagonist, Fei Fei, whereas John Cho is her Ba Ba. Sandra Oh features as Mrs. Zhong, who is Ba Ba’s love interest (post the death of his wife), and Robert G. Chiu is her son, Chin. The reason that the little girl wants to visit the moon has to do with processing her mother’s (Ruthie Ann Miles) death.

Speaking of which, Phillipa Soo lends her voice to the role of the moon goddess. In the event of a sequel, we believe that these actors will reprise their roles. During her adventure, Fei Fei meets an alien dog called Gobi, voiced by Ken Jeong. He is energetic and lovable, and well-intentioned, so it would be really heartwarming to meet him again in the next installment.

Over the Moon Sequel Plot: What can it Be About?

In ‘Over the Moon,’ we meet Fei Fei, her Ba Ba, and her mother, who often tells the child the story of Chang’e. The fable is that the goddess was in love with a handsome warrior. Unfortunately, she drank a magic potion and was separated from him. Now, she waits on the moon to be reunited with her love. Fei Fei’s innocent little heart is enamored by this sad story, and she really believes that the myth is rooted in reality.

After her mother passes away, Fei Fei holds onto this cherished tale even harder. Soon, Ba Ba finds a potential companion in Mrs. Zhong, with whom the protagonist does not get along for obvious reasons. Fei Fei’s resolve to help the goddess is only strengthened when she learns that the lady might be her new mother. So, the little girl constructs a rocket ship, and the rest of the movie follows her on the adventure of a lifetime. If a sequel is given the thumbs up, then it would befit the narrative to see how Fei Fei grows up.

Grief is hard to process, especially when you’re just a child. So, the plot could focus more on the emotional aspect of Fei Fei’s personality and how the adventure has affected her life afterward. On the other hand, there is an avenue where the filmmakers could choose to pursue other Chinese myths that are not mainstream. Either way, the scope of the plot is plentiful, and only time will tell what direction the sequel will head in, if and when it is shot.