William “Bill” McGuire’s Murder: How Did He Die? Who Killed Him?

ABC’s ’20/20: Interview with Melanie McGuire’ chronicles the remarkably bizarre story of how Melanie’s husband, William “Bill” McGuire, was murdered in his own home. It has been more than 16 years since it happened, but to this date, this case, nicknamed the Suitcase Murder, baffles everybody because of its heinous nature. Love-affair, greed, false accusations, and family – they all play an important role, but, in the end, we’re glad to say that justice does get served. This two-hour special gives us the details of every such aspect, especially from Melanie’s perspective, and each one is as chilling as the one before. Curious to know about them yourself? Here’s what we know!

How Did William “Bill” McGuire Die?

It was 2004, and William “Bill” McGuire, a US Navy veteran, at the age of 39, was working as a computer programmer in New Jersey. He had been married to Melanie Lyn Slate McGuire for about five years had two beautiful sons with her. The McGuire family resided in a Woodbridge Township apartment but had plans to move to a much larger home in Warren County by the end of April. Unfortunately, even though Bill signed the documents on their new house in a closing deal on April 28, he never got to move into it. The simple reason – he lost his life that night. The very next day, Melanie started claiming that after a domestic argument, Bill slapped her, stuffed a dryer sheet in her mouth, and then stormed off. She and their kids vacated their house as well.

On May 5, 2004, a suitcase containing a pair of legs washed up on Virginia Beach, Virginia, and subsequently, a murder investigation was launched. 6 days later, a second, larger suitcase was found floating in the Chesapeake Bay, which contained the head and torso of a man with bullet wounds in both. Then, on May 16, a third and final suitcase, much smaller than the ones before, containing the arms were recovered from the beach. The Virginia Police released a composite sketch of the victim, who was positively identified as Bill McGuire, and then, they handed over the case to the New Jersey State Police. It was declared that Bill had been drugged, shot to death, and then disemboweled after his blood had been drained so that he could be disposed off.

There was just one main suspect that the Police immediately identified, Bill’s Wife, Melanie McGuire. For starters, although the McGuire family vacated their Woodbridge Township apartment soon after Bill “left,” it wasn’t before it was meticulously cleaned and scrubbed, and the walls repainted. Then, soon after the investigations began, incriminating evidence against Melanie started turning up as well. Surveillance footage showed that Bill’s car, which was found outside the Flamingo Motel in Atlantic City on April 30, was moved there by Melanie herself. When asked about it, she said that she drove it there as a “prank” on her husband, even though she had applied for a protection from abuse order against him just days earlier, citing the slapping incident.

The detectives also discovered that, on April 26, Melanie had purchased a .38 caliber handgun with wadcutter bullets from a store in Easton, Pennsylvania – the same kind that was used to kill Bill. Furthermore, they found her motive. Melanie had been having a long term affair with a co-worker of hers named Bradley Miller, and they suspected that she got rid of her husband so that she could start a new life with him. Another questionable record was that of her E-ZPass. It was tagged at a toll in Delaware two days after the murder, and she claimed that she had gone there for furniture shopping. But then, she called the company and tried to have that charge removed from her history. A few days later, another person, probably her step-father, called for the same. 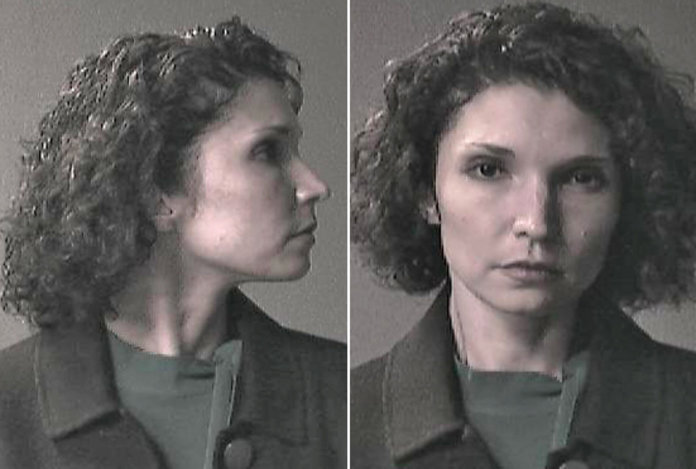 The most incriminating evidence against her, though, were the bags in which Bill’s body was found. Forensics determined that the plastic bags in which his limbs were wrapped in came from the same roll that Melanie had in her home. And the suitcases matched a set that she owned, which was missing the same size luggage bags as those the body was shoved in. In addition to all this, fibers on Bill’s body resembled those from the type of couch that the couple had owned, indicating that a cushion from it could have been used as a makeshift silencer. Unfortunately, the last part could never be proved as the sofa went missing and has never been found. As for how Melanie managed it all – she worked at a clinic, so she could have easily made use of the equipment there to incapacitate her husband.

Therefore, Melanie McGuire was charged and arrested for first-degree murder, among various other smaller chargers, in connection with William “Bill” McGuire’s homicide, for which she was convicted in 2007.