Where is Windy City Rehab Filmed? 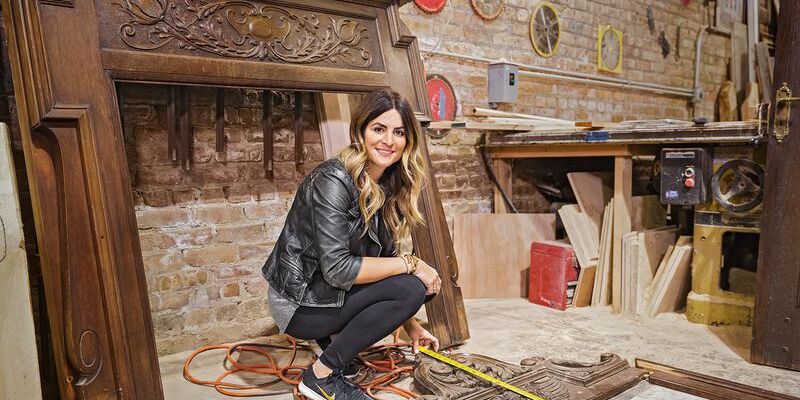 HGTV’s ‘Windy City Rehab’ follows renowned real estate developer Alison Victoria Gramenos as she restores historic houses that are in desperate need of a transformation. The home-improvement series throws light on the entire house-fixing process that features Alison, her business partner Donovan and their crew as they reconstruct and redesign the properties to preserve the historic architecture of the original building.

Over two seasons, the show has also been surrounded by multiple controversies ranging from fraud allegations, neighbor complaints, and partner fallout. Despite that, it remains one of the popular shows on the network. If you’re a fan, you must be wondering about the sites where Alison worked her magic. Well, here are the filming locations of ‘Windy City Rehab!’

The show’s talented host Alison Victoria grew up with her siblings in the former John Hancock building in Chicago, Illinois. As an adult, Alison had a dream to flip the vintage houses in her hometown and restore the architectural beauty of her hometown. That is exactly what she has been doing in the HGTV show since 2019. Going by the show’s title, it’s a no-brainer that the show is filmed in Windy City. In case you still haven’t figured it out, let us tell you that Windy City is one of the many nicknames of the most populous city in the U.S. state of Illinois – Chicago. Here are the specific sites where the show is shot!

The show is extensively filmed in the city of Chicago. The first season showcases how Alison and contractor Donovan Eckhardt band together to enhance the value of several properties so that the houses garner the attention of prospective buyers. For filming season 1, the production unit moved to the homes located on the leafy streets of many historical neighborhoods like Bucktown, Lincoln Park, Lincoln Square, Logan Square, Channahon, Ukrainian Village, and Wicker Park, in the Windy City.

Some of the houses in the season are located on W. Wabansia Avenue in West Town neighborhood. However, during filming, Donovan and Alison faced many complaints from the people living in the area, especially neighbors, regarding the construction noise, water pouring into the next-door home, piles of trash on the neighbor’s backyard, etc.

Wait to you see the front

In December 2019, James and Anna Morrissey, one of the couples who bought a $1.36 million home at 2308 W. Giddings Street, Lincoln Square, sued Alison, Donovan, and their respective companies over consumer fraud, shoddy work, breach of contract, etc. It was followed by multiple stop-work orders, temporary license suspensions, and numerous other hindrances.

Naturally, this led to a fallout between the two partners, and their strained business relationship has been addressed in the second season of the show. As of today, Alison and Donovan are not working together, even though they appear in season 2. Although the details of the houses that feature on the second season are unknown, we know that the filming of season 2 was carried sometime around July 2019.

Our first project is on now! Amazing how time flies when you don’t sleep or eat. Very proud of this home and the amazing friends we gained as neighbors.