The Real Locations in Winter’s Dream: A Guide 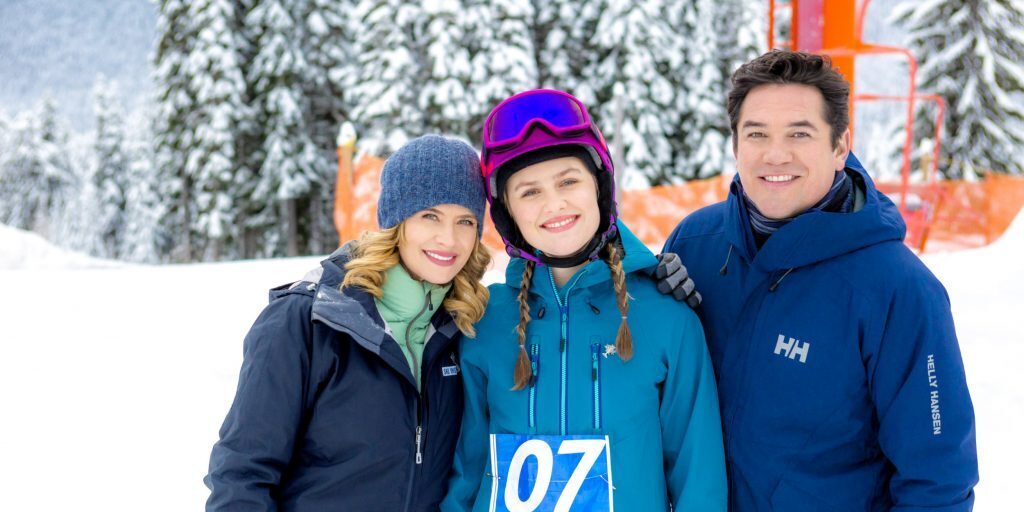 A David Winning directorial, ‘Winter’s Dream’ is a romantic comedy that follows the life of a former alpine skier Kat, who is currently working as a ski shop worker at Bliss Valley. With an aim to the boost the business in her idyllic town, Kat plans to organize a Winterfest. She bumps into Ty, a workaholic widowed father, who is here to spend time with his teenage daughter Anna, as she begins her training under Ski champion, Maddy, who proves to be too uptight for Anna.

Anna asks Kat for help and she agrees to coach her for the race. Meanwhile, Ty helps Kat with the Winterfest preparations and they develop a romantic bond. A minor setback breaks Anna’s confidence who plans to go back to New York, ahead of the race. Will Anna and Ty ditch the race and go back, or will Kat help Anna regain her confidence, while also conquering her own fears?

Dean Cain essays the character of Ty Decker, a widowed father who is looking to spend some time with his daughter, Anna. You may recognize him from ‘God’s Not Dead,’ ‘2050,’ and ‘Lois & Clark: The New Adventures of Superman.’ Kristy Swanson steps into the role of Kat Miller, a former Ski champion who is struggling with her passion. Kristy is best known for her performance in ‘Buffy the Vampire Slayer,’ ‘Ferries Bueller’s Day Off,’ and ‘Psych.’ Lizzie Boys plays the role of Anna, Ty’s 16-yr-old daughter.

The movie was well-received for its panoramic visuals. Are you wondering where was it filmed? Let’s find out!

The Hallmark original, which was originally titled ‘Heart of the Mountain,’ was extensively filmed in places across British Columbia, Canada. The filming schedule ranged from 20th November to 8th December, in the year 2017. Although the aerial shots were filmed someplace else, the principal photography took place in Hope and Manning Park Ski Resort. Here are the specific filming details.

The initial days of production were spent in downtown Abbotsford, where a few scenes were shot in Mad Dog’s Ski & Snowboard shop, which is situated at Montrose Avenue. It is a one stop shop that sells all the snowboarding, skiing and alpine sports tools and equipment. Kristy Swanson confirmed the same by posting a picture on her Instagram profile.

The majority of the scenes were shot in the cosy town of Hope which is referred to as “Bliss” in the film. It is located at the intersection of Fraser and Coquihalla, British Columbia. Noted for its hiking trails, waterfalls, scenic lakes, natural parks, towering mountains and of course, it served as a filming site of Rambo: First Blood.

Along with a reflective quote, Dean posted a beautiful and calming video of a babbling brook, that he spotted in town.

Kristy Swanson, who plays Kat, uploaded a video to her Instagram profile, giving fans a closer look at the winter wonderland, Hope.

Manning Park Resort is the ultimate family-friendly resort, situated at the center of the Cascade Mountain range. The film is based in a fictional Bliss Valley ski area and the resort is called “Epic Mountain,” however the scenes involving the lodge, mountain and the ski hill were actually filmed at Manning Park Resort, British Columbia.

Here’s a spectacular time lapse from Kristin, followed by an epic video from Dean, covering the area from the chairlift ride.

Kristy posted a video of herself, polishing her skiing skills to play the professional ski instructor Kat, in the film.

Here’s an adorable picture of the trio, before or after shooting the scene depicting the initial training session, where Kat sarcastically asks Ty to avoid acting smart and to allow his daughter to breathe. Or simply, the creative marshmallow scene.