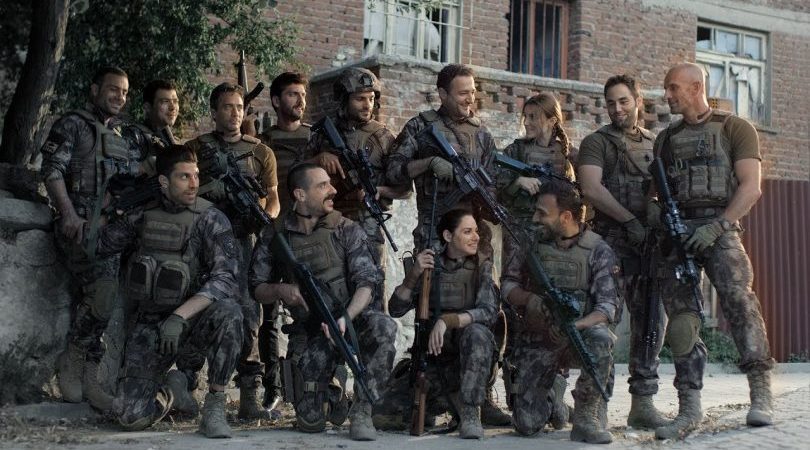 Set in Turkey 2014, Wolf, also known as Börü, chronicles the struggles of a special-operations police unit as the Republic of Turkey is faced with the greatest threats in history. The series covers the potentially dangerous missions they are seen undertaking during this period while simultaneously battling tragedies in their homes. Wolf is set against the riveting background of Istanbul and Konya in Turkey and has released in English, Turkish and German on various platforms including Netflix. Wolf is the brainchild of the writer by Alper Caglar and is produced by CaglarArts Entertainment and Insignia Productions.

Netflix has been investing heavily in foreign content. Acquisition of Börü’s streaming rights was also a step in that direction. Though, like any other investment, there’s a risk involved. So, even though Börü has worked in Turkish markets, the same can’t said about the English-speaking countries. That doesn’t mean foreign content doesn’t mean in English-speaking markets. In fact shows like Narcos and Scared Games are clear examples of that. With that in mind, will Börü see another season? Let’s find out.

The cast of Wolf is primarily led by Ahu Türkpençe as Asena Tümer, Serkan Çayoglu as Kaya Ülgen, a soldier at the top of his academy, and Emir Benderlioglu as Turan Kara who possesses unparalleled shooting skills. We also have several other members of the squad including Murat Arkin (Kemal Boratav), former Harvard student and soldier, Mesut Akusta (Irfan Aladag), Firat Dogruloglu (Behçet Orbay) as the leader of the group, Ahmet Pinar (Barbaros Çepni), Ozan Agaç (Baran Harput), Can Nergis (Tolga Erlik), Melis Hacic (Zeynep), and Bedii Akin (Ömer Tunç), each of whose roles become apparent as the series progresses.

Wolf (Börü) Plot: What’s it about?

Wolf is a story of courage, bravery and patriotism in the face of the greatest threat to a nation – terrorism. It documents the heroics of the most celebrated teams of Police Special Operations Force in Turkey, who are referred to as Börü (the wolf that protects the herd) where sacrifices for the sake of country are made on a regular basis — what with the country being under the constant threat of terrorist activity with Iran, Iraq and Syria as its neighbours.

The series begins with Turan Kara rejoining his police unit after a probation period of two years. Börü’s first mission comes in the form of a bloody massacre at the Diyarbakır School in the Autumn of 2014 where the students of the school and the Mayor are taken hostage. Simultaneously, a catastrophe unfolds on a seaside dance club when an armed gunman opens fire at the customers and staff of the club. The attack results in large-scale consequences where Kaya Ülgen ends up losing his sister and joins the police squad in hopes of avenging her death.

Three months later, their next task takes them to the countryside of Mardin where they capture a dangerous terrorist by the name of “Bahoz.” While transferring the PKK leader to his destination, the squad is ambushed near the Syrian border. The series then follows them on another mission In Istanbul where a café connected to a smuggling ring is raided and a man named “Ghost” is revealed. Turgut is aware of a major political storm heading towards Turkey and braces the team for impact. Kaya is presented with an opportunity to exact revenge for his sister’s death in the final episode when a hostage situation erupts in a building.

Throughout the series, we see members of the para-military special forces squad thrust themselves in dangerous situations to protect civilians with little regard for their own lives. It is a combination of fearlessness, sheer audacity and quick-thinking that makes the team one of the most efficient in their fight against terrorism. Wolf may come across as out of context at times for someone who isn’t as much acquainted with Turkish history and the series does little to inform its viewers of the country’s political situation. It also doesn’t explain the secrecy and the elite nature of the Wolf Squad. And this is where it disconnects with its audience. The series follows in the footsteps of the SEAL Team but is still forgettable despite each of its episodes having a runtime of over 1 hour. However, it packs enough action and well-executed missions to warrant it the binge-watch tag.

Wolf (Börü) Season 2 Release Date: When will it premiere?

Wolf season 1 premiered on February 28, 2018, and ended in 6-episode run on April 11, 2018. As far as the next season goes, while there are virtually no reasons for Netflix or producers to drop the show, they have not officially said anything about a renewal either. This makes a tentative release date difficult to confirm, and we can only speculate that it will hopefully start production soon if it gets renewed, which would probably indicate that season 2 of Wolf would be slated for an early 2020 release.

We will be constantly monitoring the renewal status of the show, so head back here later if you want to stay updated about the release date. Currently, the air dates for Wolf season 2 is officially TBD. We should hear about it at least before the year ends, in which case, we can expect season 2 of Wolf to release sometime in Q1 2020.

Watch the trailer of its first season below. The series is available both in English and Turkish on Netflix.