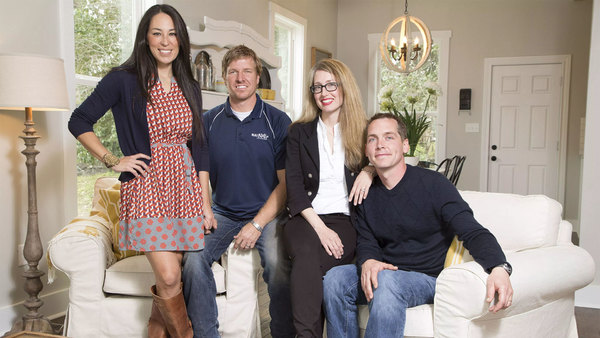 ‘Wood Work’ is a reality television series that first premiered on March 8, 2017, on DIY Network. The show is a spin-off of another famous show on DIY Network called ‘Fixer Upper’. The show follows Clint Harp and his team at Harp Design Co., who create exclusive hand-made furniture pieces.

The best part about the show and Harp Design Co. is that they do not use new wood. Instead, they rescue discarded wood and recycle them completely. They generally use the combination of pine, oak, mahogany, walnut, poplar, and other types of wood that they gather from fallen trees, old buildings, and so on.

‘Wood Work’ has just had one season, and fans are wondering whether Season 2 is in the works. We delve into that after offering a look at the show’s details.

Wood Work Cast: Who is in it?

Clint Harp is the host of the show. Clint has appeared previously on ‘Fixer Upper’ as Joanna Gaine’s furniture maker. He has proved on the show, over the years, that no matter what kind of furniture Joanna has on her mind, Clint is a magician when it comes to wood and can create any and every kind of furniture. He also hosted the show ‘Against the Grain’ but the show did not become as popular. Clint hosts the show along with Kelly Harp, who’s his business partner as well as his wife.

Wood Work Plot: What is it about?

The show premieres with Clint and his team struggling to handle multiple projects at the same time. They are working on two different projects simultaneously under a given deadline with a lot of pressure. The Waco distillery has ordered tables for their grand opening and Harp Design Co. is on the task to make their special day even more special.

A couple needs to change a studio space and turn it into an amazing music studio. Clint and his team are invited to renovate the space and they turn it into an inviting and warm suite. Clint showcases his talent by building a customized Murphy bed and a wooden countertop for a kitchen. Clint and Kelly hit a hard spot when they get to tackle a project for a family that includes a messed-up warehouse.

The warehouse is full of scrapped and antique wood and furniture that can turn out to be either a blessing or a nightmare for the Harps. An unused entry hall, that basically no one thought could be of any use, is turned into a useful mud-house using a recycled lobster crate. A beautiful opportunity finds a way for the Harp Design Co. as the team gets the chance to build a room for an adorable family.

They want the room to be perfect so that they can lure their son to visit more often from college. The room turns out to be just that. Not just that, Clint converts their bonus room into a fun space for the family and also build a three-tier bunk bed. From family service to religious service, the Harps take care of all. They convert a pastor’s TV room into a private area where the pastor can spend some secluded time and utilize it for his writing and reading. They later create a space for the family’s dog.

All the while, the spaces are created using recycled and reused pieces of wood. Any house looks even more lavish with a perfect entertainment set and the Wood family asks for just that. Clint and the Harp team designs a grand entertainment unit for the family’s new house that makes the living room look even more stylish.

Wood Work Season 2 Release Date: When will it premiere?

‘Wood Work’ Season 1 premiered on March 8, 2017, on DIY Network. The season was spread across 7 episodes and the last episode released on June 13, 2018. There was almost a year gap between the pilot and the following episode but, the show was very well received by the audience nevertheless.

People have loved Clint Harp in the past. They have seen him making impossible designs turn into a reality with ease and perfection in ‘Fixer Upper’ and they have loved him and his talent for that.

In the show, Clint and the Harp team do not just focus on their profit from the business point of view but, also try to create a connection with the audience. In other words, ‘Wood Work’ is a show that stays true to the grounds and as realistic as possible. In the upcoming season, we can expect Clint and his team to tackle more projects that would help more different families and show more ways of using recycled wood.

While there has been no official announcement for the release of the new season yet, we believe the renewal has been delayed a little. However, we expect ‘Wood Work’ Season 2 is likely to release around May 2020.

You can catch the glimpse of Clint talking about his new show below.