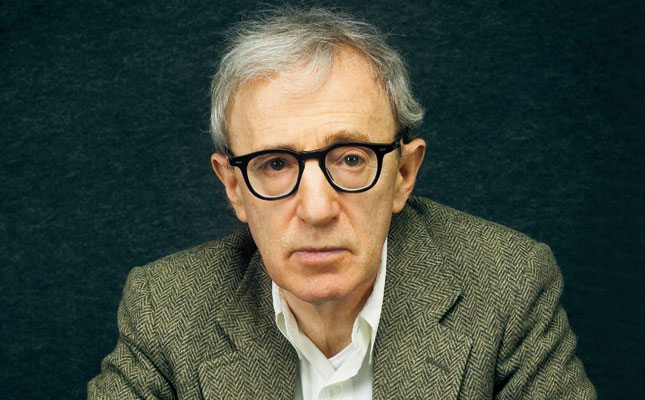 It is often said Woody Allen is an acquired taste; one that must evolve. Maybe, but I have long appreciated his work for what it is, innovative, realistic, a slice of life as real as you reading this post.  Beyond being one of the greatest directors in the business, to the extent actors routinely agree to make movies with him, dropping their fee substantially just to be in the film believing they will emerge better actors, he is without question (for me) the finest screen-writer in the history of the cinema.

Nominated as Best Director seven times, winning for Annie Hall (1977), once for Best Actor, again for Annie Hall (1977) and an astounding sixteen times as Best Screenwriter, winning three times, he is among the most often honored writers in the business. The New York Film Critics Circle has honored Allen three times for Best Director, showing uncommon love for a director who worked exclusively in New York for the first part of his career.

Yet he is a polarizing figure. Allegations of child abuse have haunted him since the early nineties — though he has three times passed polygraph. Still the children of Mia Farrow lash out at him with such accusations, yet those closest to Allen say the comments are rubbish and unfounded. His best friends, Diane Keaton, Dianne Weist, Tony Murphy, Martin Landau have come forward to state emphatically they have never seen anything that would suggest Allen to be a molester of children. Nothing. One would think living his life in the public eye, Allen might have made a mistake in the past, a rumor might surface, someone would see something, but that is not the case. Only in his work had anything surfaced that might suggest an appetite for younger women, and that is not a crime. However the relationship with Soon Yi, Mia Farrow’s stepdaughter was strange, inappropriate (to be sure) but the fact is that they are married and have been together for more than twenty years. Chaplin married a woman many years his junior and they enjoyed a long happy marriage; Allen is enjoying the same.

Like his hero Chaplin, Allen adopted a persona to portray in his films, the Jewish intellectual struggling with the world around him, and he portrayed that character for many years in his work, eventually allowing other actors to portray that character when he became too old to do so. John Cusack has done the best job at portraying the Allen persona, with Owen Wilson a close second. The worst was Kenneth Branagh in Celebrity (1998) who mimicked Allen more than portraying the character, trying to hard which became merely grating.

What Allen brought to the cinema was a new rule for romantic comedy: after boy meets girl, boy loses girl, boy gets girl back, and ultimately boy loses girl for good. Couples break apart for good sometimes, for various reasons, and Allen has always had a gift for showing this realistically. In his films about relationships there is a biting honesty, unpleasant people, and to be fair,  people we do not always like. There has never been anything shiny and happy about an Allen film, though the film may have moments of that, realism always comes in. Even in his superb time travel film Midnight in Paris (2014), the delirious happiness our hero feels in the past is undone in the present by his harpy of a fiance, who eventually leaves him after cheating on him. And no one writes for women like Woody…no one. I do not know where it comes from, where he draws his insight, but some of the best roles in the last forty years for women have been written by Allen.

Annie Hall (1977), Manhattan (1979), Stardust Memories (1980), The Purple Rose of Cairo (1985), Hannah and Her Sisters (1986), Crimes and Misdemeanors (1989), Bullets Over Broadway (1994), Sweet and Lowdown (1999), Match Point (2005), Vicky Cristina Barcelona (2008), Midnight in Paris (2011) and Blue Jasmine (2013) represent the films I believe to be his masterworks, breathtaking in the acting, direction and writing. Perfect in capturing the raw emotions of relationships, and fragility of the human condition. Life is filled with pain, and in between there are moments of such joy and happiness we can hardly believe it is happening to us, and that is what Allen captures so beautifully. Little moments, the lobster scene in Annie Hall (1977), the tender goodbye to Tracy in Manhattan (1979), Mickey being told his wife is pregnant in Hannah and Her Sisters (1986), that startling moment Judah finds a dead body in Crimes and Misdemeanors (1989), and Helen Sinclairs’ brilliant manipulation of the young playwright, “don’t speak” in Bullets Over Broadway (1994) are exceptional in their humanistic qualities. That haunting shot of Cate Blanchett, her mind gone, at the end of Blue Jasmine (2013), the rags to riches hot shot committing murder in Match Point (2005) reminding us he can also conjure up tragedy in his work. And wonder!! And awe!! A time travel film with nary a special effect, capturing the fantastical elements of that genre to perfection in Midnight in Paris (2011) with spot on performances from the entire cast, Owen Wilson’s befuddled writer eventually filled with the wonder he has experienced dominating that wonderful film.

His worst films are a mixed bag, and for the most part I blame the casting and the actors. Some people just cannot Allen-speak, just as Tarantino-speak challenges some actors (Channing Tatum).  The Curse of the Jade Scorpion (2001), Hollywood Ending (2002), Anything Else (2003) and Melinda and Melinda (2004) are his weakest films made at his weakest period when securing funding for each film was a greater chore. Yet he bounced back triumphantly with the murder thriller Match Point (2005), bold, uncompromising and unlike anything he had ever accomplished before. Made in Britain with new financiers, he seemed liberated and refreshed, running off a string of very good movies, including Vicky Cristina Barcelona (2008) and the exquisite Midnight in Paris (2011).

His newest film Cafe Society has met with strong reviews at Cannes especially for Kristen Stewart, who could be his latest muse, nothing romantic just an artist who inspires him. He is now eighty and defies logic, including that of Quentin Tarantino who has stated “film directing is a young man’s game”. Allen, Clint Eastwood, Martin Scorsese and Steven Spielberg might differ on that.

He has continued to work consistently, despite sometimes damaging attacks on his character from the Farrow children, and Mia herself. I have personally never cared…for me it all about his art, always has been. And there is no question his art is sublime.