Is Words on Bathroom Walls a True Story? 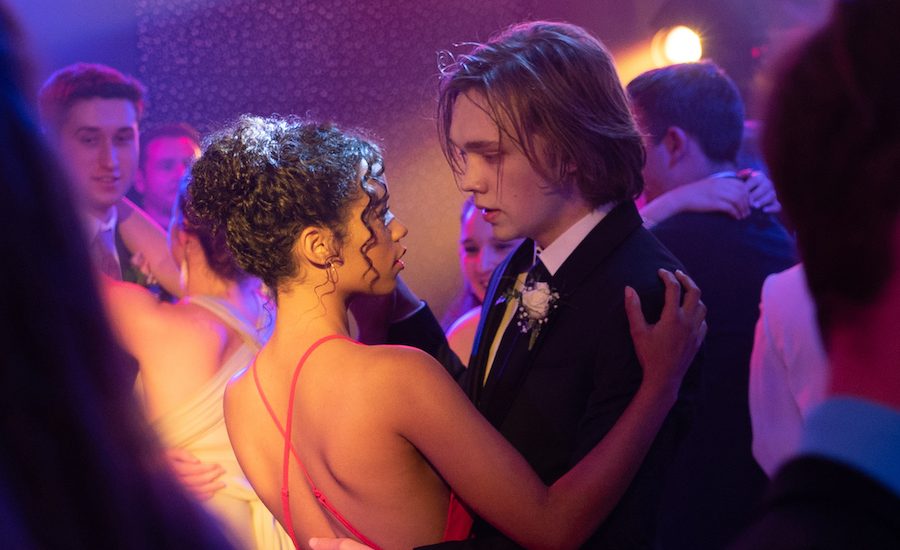 ‘Words on Bathroom Walls’ is a teen drama that goes beyond the usual romance of the genre. At the center of it is a boy named Adam who has been diagnosed with schizophrenia. The revelation of his mental illness had previously affected his life and he doesn’t want the same thing to happen in his senior year in a new school. The film focuses on him trying to achieve his dreams while also coming to terms with his illness, all the while falling in love with a girl named Maya. The realistic nature of the story reels us in and we wonder how much of it is derived from a true story? Here’s all you should know about ‘Words on Bathroom Walls’.

Is Words on Bathroom Walls based on a true story?

No, ‘Words on Bathroom Walls’ is not based on a true story. It is based on the book of the same name by Julia Walton. Walton always knew she wanted to write the kind of story she would have liked to read when she went to Catholic school. Making her protagonist a schizophrenic teenager fit with “the backdrop of celebrated saints and angelic figures in the Catholic Church.” By focusing on his story, she wanted to send out a message of solidarity to people struggling with similar problems.

The story came to her when she was stuck in a job that she didn’t want. “I was stuck in a cubicle, checking policies for an insurance brokerage, and the first chapter of Words on Bathroom Walls was actually written at my desk out of pure frustration. It kind of was born out of my own frustration,” she explained. Having personally dealt with anxiety, she could relate to the desire of her protagonist to function normally and keep his mental health a secret from those around him.

For the research, she went through medical journals and read articles and watched videos by people living with schizophrenia. She also relied on the experiences of the people around the ones affected by mental illness and how the situation dictates their understanding and behavior. To make sure that she was getting the emotion of the story right and to make it realistic, she also had a beta reader who was schizophrenic and could give her insights about Adam’s life. On a personal level, she created Adam in her own image, while for Maya, she looked towards her husband. While their entire relationship doesn’t come from Walton’s own life, she did insert little things like the way Adam and Maya interact and how they are in their individual lives.

As for the title of the story, she had some other options in mind, but she eventually came around the words on bathroom walls. “Then there was the part in the movie where they panned over the words on the bathroom walls and it said, “Jesus loves you, but don’t be a homo.” That’s actually a line that I saw on a bathroom wall growing up. So, I used that as a conversation starter. The two lines were written by two different people and you could tell because the handwriting was different. I thought it was strange how the words could change, like a conversation between two people, and the meaning can change immediately based on how somebody else comments on it. It just seemed appropriate for the story. You’re viewing something by itself and the minute you start looking at the comments and the way that other people are viewing it, it changes. So, word on the bathroom walls is like an ongoing conversation,” she said.

Considering this, and how it also reflects in Adam’s story in the way he is dealing with his problem and how the commentary or the thoughts of others about it can influence his own perception for himself convinced Walton that she had chanced upon the perfect title for the story.

Read More: Where Was Words on Bathroom Walls Filmed?