‘Workin’ Moms‘ is a Canadian comedy series with motherhood in modern times as its central theme. The series’ leading characters are depicted to be working mothers undergoing different experiences of motherhood. Hence, by doing so, the show manages to provide a comprehensive look at what parenting looks like in the 21st century.

However, despite its theme, the series proves to be relatable for everyone. Moreover, it subverts the idea of motherhood being puritanical by depicting its characters frequently making wrong choices. This turns out to provide a large chunk of the show’s humor. Apart from that, ‘Workin’ Moms’ is also one of the few shows that manage to portray female friendship exceedingly well.

The fourth season continues to document its characters’ lives as they juggle their maternal and professional responsibilities. Similar to most seasons, the show ends on a note which makes viewers unable to wait for the next installment. Many viewers might be wondering where the show would head after that conclusion.

The fourth season of the show sees Kate handling several conflicts at her PR firm. For instance, she constantly gets overshadowed by Mike. One of her clients is a weed beer company named Après. Alice, who is interning at Kate’s firm, gets caught throwing a party at the office. However, Kate finds out that it was Mike who gave Alice’s underaged friends Après weed beer sample cans. She fires him. Later, she manages to hire her former boss, despite him charging a high salary.

That ends up upsetting Nathan, who she is officially back with. Nathan is worried that her decision might risk their family’s finances since she is the only working member. But they end up resolving their differences.

On the other hand, Anne accepts an advance for a book deal. She writes about her new parenting strategy, which involves being a harsh mother. However, after Alice’s debacle at Kate’s firm, she realizes that her strategy does not work. She chooses not to go ahead with the deal, despite Lionel having lost his job and her family being in a tough financial situation. Apart from that, Anne also starts to get jealous of Kate’s new friend.

Alice, on the other hand, starts to get slut-shamed by her classmates. Kate and Anne help her be more confident while replying to her peers. However, her classmates end up vandalizing Anne’s house. Lionel manages to find a job. However, it is in another city, and Anne would be forced to move. She goes to Kate’s house to share the news. Kate tells Anne that they will try their best to make their friendship work. 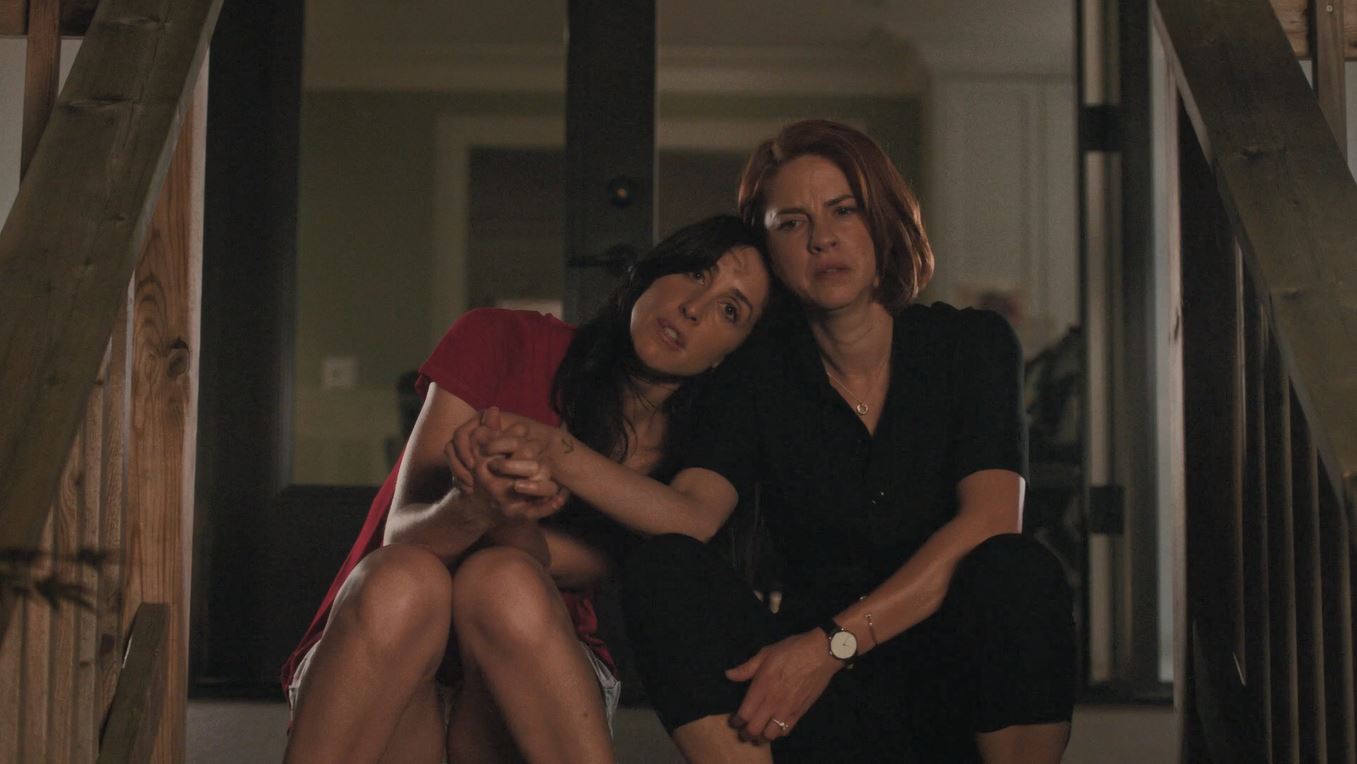 The ending of the fourth season of ‘Workin’ Moms’ turns out to be heartbreaking. The entire season reaffirms Kate and Anne’s friendship, only to depict a major roadblock towards the end. The season begins with Anne expressing her disappointment with Kate getting back with Nathan, who cheated on her with their nanny. However, Anne manages to make her peace with it.

After that, Kate is shown making a new friend at Charlie’s preschool. This makes Anne jealous, who starts dressing up in a more gothic fashion after that. In the final episode, Anne rescues a tricky situation that Kate’s client gets in. On their way back, the two promise to never stop being friends. They jokingly tell each other that they would prioritize their friendship over their respective families. Unfortunately, this only turns out to be a set-up for the disheartening end.

So what next? It is highly improbable that Anne and Kate will continue living in different cities in the future seasons. Anne might be depicted to be shifting temporarily. However, in all probability, she should return for some reason. As a matter of fact, there are only two things that are causing Anne to move out. The most obvious one is Lionel’s new job.

However, Anne’s agent does tell her that she loves her new book. Her agent does tell Anne that she would try her hardest to get a new deal for her book. Hence, her new book might actually end up getting published, providing her family with enough money to not have to shift.

However, Anne also tells Kate how Alice is miserable because of her classmates slut-shaming her. She thinks that Alice could do with a fresh start. As of yet, there is no indication as to how that conflict may be resolved. Alice might be seen switching schools. However, a more powerful (and righteous) ending would entail Alice standing up to her bullies. Unfortunately, fans will be forced to wait for the next season to find out what happens.