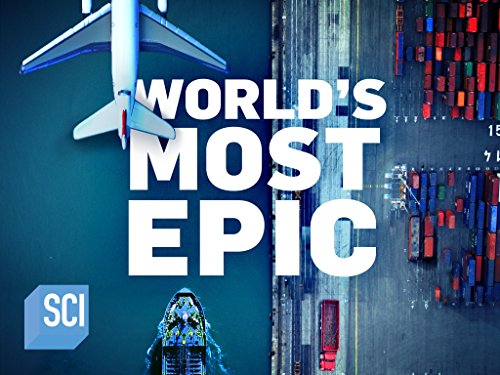 The largest machine that the TV relies on to generate views, indubitably, is that of pop culture – and even though it is something that may seem very time-specific with its trends and bandwagons, certain obsessions have been present for well over a century in the popular consciousness. Automobiles rank very high among them and act as hubs of tremendous fascination for any given community of audience. This has been the case ever since Ford’s first mass-produced models of the early ’30s. Not surprisingly, TV capitalizes on this fascination very often: car restoration reality shows and documentaries with insight into futuristic car design abound in almost every lifestyle network.

In addition to them, Science Channel has also joined in on the sensation in recent decades. The 2018 summer slate for the network saw two more additions to this genre – Engineering Catastrophes, and World’s Most Epic. Science Channel is dedicated exclusively to the more technical side of things, and so both of these shows exhibit the same characteristic. While Engineering Catastrophes has an obvious enough name, it is not hard to say at a glance that World’s Most Epic actually deals with various categories of vehicles in the world today and gauges the extremities of it.

World’s Most Epic Season 2 Cast: Who’s in it?

World’s Most Epic, like most shows of its genre, incorporates a certain measure of playing up the showtime with the occasional close-up interview with engineers, car salesmen, and manufacturing think-tanks, but these interventions are few and far between. Most of the show consists of a rundown of the actual vehicles underlined by the narrator’s voice. The role of this voice, for all twelve episodes in the debut season, was served by Jeff Wilburn. While Jeff is relatively unknown to the TV world, it is only because he has acted far more as a voice talent than a concrete host – with big names such as Animal Squad and Live Free Or Die, and even general lines of dialogue in Rockstar’s milestone video game Grand Theft Auto V. For 2019, it does not seem Jeff will have a busy schedule on the silver screen, so it is safe to assume that if the second season of the show airs anytime soon, Jeff will be back as the narrator in it.

World’s Most Epic Season 2 Plot: What is it about?

Each episode, World’s Most Epic takes up a unique class of vehicle and then studies the less well-known facts about its origins, and then explores the tech and the industry of that class in the atomic era –be it supercars like Bugatti Chiron, really monstrous monster trucks, the biggest business class flights, or armoured vehicles and tanks.

World’s Most Epic Season 2 Release Date: When will it premiere?

World’s Most Epic currently stands at a respectable 7.8/10 on IMDb ratings, and this more or less reflects its popular reception during its premiere. The show had scooped up a fair amount of viewership for its comparatively more accessible subject topic and a constant stream of interesting facts without it getting monotonous. The show is therefore in good shape, and has the potential to deliver more seasons, covering different categories of transportation – such as submarines. That said, there has not been any official word on its renewal, and therefore it is hard to pin any specific release date for season 2 yet. We will be updating this section as we receive any news, so stay hooked!

The show is yet to be renewed, and consequently, there are also no trailers, teasers, or any promotional footage available for a scheduled follow-up season. Instead, Here you can find a clip from the network’s facebook handle for a glimpse into the show.