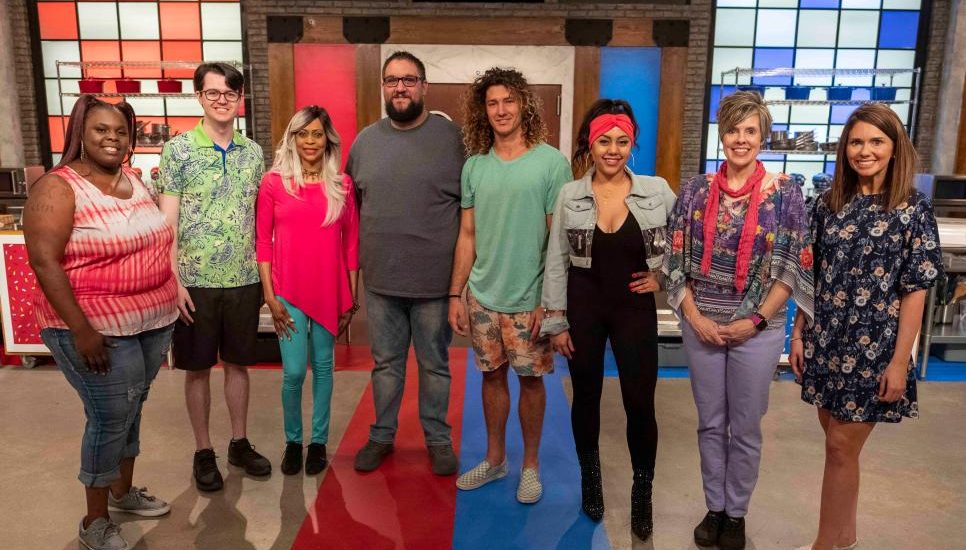 ‘Worst Bakers in America’ is one of the most intense cooking shows ever — not to mention, it introduces an extraordinary concept — that airs on Food Network. Developed as a spin-off for ‘Worst Cooks in America’, it rounds up a team of select bakers with the poorest baking skills. They are then put through grueling training sessions in one of the toughest boot camps, under the guidance of seasoned chefs. With time running out, these aspiring bakers have to polish their skills in order to beat everyone else in the competition. The one who manages to impress the judges’ panel, gets the chance to pocket a grand of $25,000 as prize money.

Worst Bakers in America Cast: Who is in it?

‘Worst Bakers in America’ season 1 featured chefs Duff Goldman and Lorraine Pascale as the judges. On season 2, Goldman was replaced by Jason Smith. Smith, a native of Grayson, Kentucky, is easily recognized by his bright, vibrant outfits. A self-proclaimed down-home chef, he is a cooking manager and caterer in a school cafeteria. His go-to method for curating mouthwatering, modern, and elevated recipes involves a budget-friendly approach. The talented baker has also featured as the winner on ‘Holiday Baking Championship’.

Lorraine Pascale, on the other hand, holds a soft corner for baking. Although she has tried to adopt different career paths, she finally realized that the kitchen is her first love. A host for three of BBC’s shows and an owner of a retail outlet, selling baked goods in London, she has made a name for herself in authoring multiple best-selling cookbooks in the UK.

Worst Bakers in America Plot: What is it about?

The baking competition begins with the creators scouting for the worst bakers in America. This happens via a casting call, where anyone can apply. But before that, prospective candidates need to ask themselves these questions — do you love baking but hate your end products that pop out of the oven? Do you want to turn your failures into perfection? And do you really want the grand prize of $25,000? If the answers to all these questions are yes, then anybody can apply or nominate someone they know. If they are chosen, they get the chance to learn from some of the best in the game! Not only this, they also get to showcase their talents on television. Once the contestants arrive at the boot camp, they are polished in their techniques of baking by the celeb mentors, who subject them to a series of heated kitchen battles of sweet and savory bakes. The one who shows the most promising transformation, wins the contest

Season 2 of ‘Worst Bakers in America’ featured eight aspiring bakers, recruited from different corners of the country. They set foot in the boot camp, harboring only one goal — to be promoted from kitchen disasters to baking masters. Chefs Lorraine Pascale and Jason Smith asked them to participate in the first test, which involved each participant creating his or her dream dessert. This was just to gauge the skills of the recruits and understand the levels of training required to groom them. Then, the chefs chose four members each for their teams — red (Lorraine) and blue (Jason). Once the teams were selected, the candidates had to try their best to not get evicted from the show and showcase that they can indeed transit from kitchen catastrophes to food perfectionists.

The challenges thrown at the participants are obviously not so simple. In one episode, the recruits are asked to use their creativity in designing unique cookies for their cookie feed round. Next, they are tasked with identifying different cake ingredients via only their sense of touch. The final baking challenge demands the recruits to make multi-colored mirror glazed cakes. The ones with the poorest performance from each team are sent back home.

In another episode, we see the appearance of the boot camp being transformed to resemble a circus fairground, with a wall of cotton candy on the backdrop. Here, the contestants need to participate in a blind cotton-candy tasting round, followed by a cookie dough pop challenge. The main baking challenge needs to them to bake the extremely intricate pastry — pate a choux. The best performers get to stay for the next episode, whereas two are evicted.

After an intense period of six weeks, the last remaining contestant, who showcases the most remarkable transformation, is branded as the best baker among the worst. He/she is crowned as the winner and receives the cash prize of $25,000.

Worst Bakers in America Season 3 Release Date: When will it premiere?

Now, as far as third season of the cooking competition is concerned, we do not have any official update yet. But if the creators do opt for a third season, we expect ‘Worst Cooks in America’ season 3 to release sometime in July 2020. We shall update this section as soon as we learn more.

Food Network has not released a full-fledged trailer for of the show. However, you can head to their official website if you wish to check out clips from the series. Additionally, if you have not watched it yet, you can catch up on all the previous episodes on Food Network.