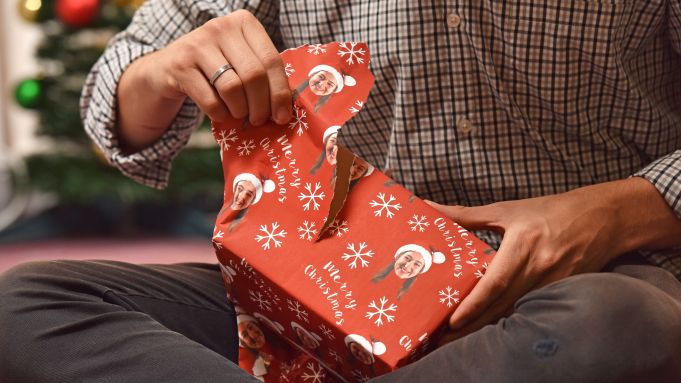 The arrival of the holiday season brings with it a bevy of vacay-themed programming on almost all tv channels. These can be either in the form of colorful movies, Christmassy shows, or bright reality series. And Freeform is not to be left behind, of course! While adding multiple titles to its holiday-centric slate, the channel has an original competition series in its mix as well. ‘Wrap Battle’, a reality television series that airs on the Disney-owned cable network attempts to crown the best wrapper in all of the US.

The winner not only receives a grand cash prize of $50,000 but he or she also gets a one-in-a-million chance to create their own, customized holiday gift-wrapping paper and sell it through Paper Source stores. Additionally, he/she is given the opportunity of showcasing his/her skills at a holiday installation at The SoNo Collection, Connecticut.

Who’s the Host of Wrap Battle?

‘Wrap Battle’ features Sheryl Underwood (‘The Talk’) as the host. She is joined by Carson Kressley (‘Get a Room’) and Wanda Wen (founder of Soolip, a stationery and luxury paper brand) as the judges.

We all have a special connection when it comes to holiday-themed reality TV competitions. However, most of these contests include the gamut of cooking competitions that air on Food Network. Variations are present in the form of ABC’s ‘The Great Christmas Light Fight‘ and truTV’s ‘Santas in the Barn’. There is also this short version of NBC’s ‘Making It’. But we want more! And with Freeform’s ‘Wrap Battle’, we get a wonderful, jolly show — and that too with a unique concept, which revolves around wrapping gifts.

‘Wrap Battle’ follows nine contestants, who, as per the official description on Freeform, are competing “in challenges ranging from creating the most over-the-top gift basket to wrapping some of the most outrageous objects.” The ultimate prize is $50,000 or something that holds a value of $50,000, which is a prize package of product placement.

Conceptualized in collaboration with Paper Source, the ultimate winner of ‘Wrap Battle’ is given a wonderful opportunity of being able to design their own custom holiday wrapping paper — showcasing their personal style, creativity, and talent. This paper would then be available for sale in at least 120 stores across the United States.

Not only this, in addition, the winner grabs another golden chance of him or her being able to showcase their talent at The SoNo Collection, Brookfield Properties — a unique shopping destination, located in Norwalk, Connecticut. This stall has been exclusively curated to appreciate and respect fashion, art and culture. According to Freeform, “The winner will be part of the main event for the new, interactive holiday experience and will receive a $1,000 shopping spree to The SoNo Collection.”

So, in a nutshell, ‘Wrap Battle’ is ‘The Great British Bake Off‘ of wrapping Christmas presents. Following some of the most gifted DIY-ers who compete in an elimination-based gift-wrapping competition, it showcases a series of rare, outrageous, difficult challenges — each of them ending in a beautiful, remarkable creation.

Wrap Battle Season 1 Release Date: When will it premiere?

‘Wrap Battle’ season 1 premieres on Freeform on Monday, November 25, 2019. Its entire run for the first season consists of six episodes.

‘Wrap Battle’ is a part of Freeform’s re-entry into non-scripted content after a gap of several years. The network’s last notable reality title was the short-form talk show titled, ‘Movie Night with Karlie Kloss’, hosted by the titular model and ‘Project Runway‘ host.

Freeform generally releases multiple holiday programming titles in the months of November and December as part of its ’25 Days of Christmas’ branding. An addition to the network’s ‘Kickoff to Christmas’, ‘Wrap Battle’ is joined by other originals, including ‘Turkey Drop’. There are other movies as well, which air during this schedule, such as ‘Frozen‘, ‘Home Alone’, ‘Miracle on 34th Street’, ‘The BFG‘, to mention a few.

You can watch the official trailer for ‘Wrap Battle’ season 1 below: