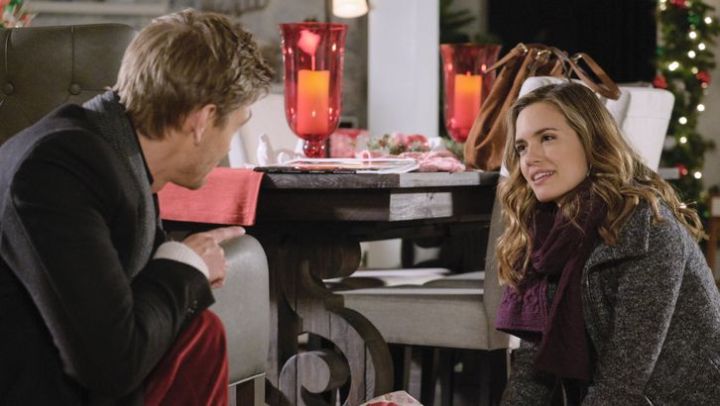 Christmas is all about feeling good and spreading joy. Few manage to do this as well as Hallmark movies. Filled to the brim with seasonal positivity, movies like ‘Write Before Christmas’ are bound to bring a smile to your face. After all, it tells the story of reaching out and thanking people who’ve impacted us, and who doesn’t like this kind of validation?

‘Write Before Christmas’ focuses on Jessica, who has become single recently. She makes the decision to send Christmas cards to people who have made an impact on her life. This includes the aunt who helped raise her, Jessica’s younger brother in the military, and even a pop star who was part of the soundtrack of her life. Jessica also writes to her music teacher who inspires her and a friend who always tells her the truth.

This is a movie where the narrative is enhanced by the setting. Naturally, you might be wondering where ‘Write Before Christmas’ has been filmed. We have got you covered in that regard, and will also tell you about the movie’s cast members.

‘Write Before Christmas’ has been filmed in Canada. In this regard, the film follows most other Hallmark projects that have headed to Canada, to make use of the tax benefits there. The fact that Vancouver, where ‘Write Before Christmas’ has been filmed, gets snow a little earlier in the year, is definitely helpful too. It allows the project to portray a Christmas-like setting more realistically.

To top it off, Vancouver, in British Columbia, has been home to several filming projects and therefore has talented local professionals who can assist in the production process. The fact that ‘Write Before Christmas’ has been filmed in Vancouver is evident from local news sources, who met the cast members on set, there. You can check out a tweet, of a castmember speaking from behind the scenes.

Coming to the cast of the movie, Torrey DeVitto appears in the role of Jessica. She breaks up with her boyfriend and sends the cards meant for him, to people who’ve inspired her. DeVitto is from new York, and her father used to play the drums for Billy Joel. Having grown up in a family steeped in the arts, DeVitto quickly developed a liking for music.

She plays the violin and is rather accomplished. At the age of 15, she started working in commercials and got her first big break in 1999 in ‘Safe Harbor’. Following that, she appeared in ‘Noah Knows Best’. Over the course of her career, she’s appeared in ‘One Tree Hill‘, ‘Vampire Diaries‘, and ‘Pretty Little Liars‘. She’s also part of ‘Chicago Med‘, as you can see from her post below.

DeVitto’s ‘One Tree Hill’ co-star, Chad Michael Murray is also part of the cast. Having risen to prominence with roles in ‘Gilmore Girls‘ and ‘Dawson’s Creek’, Murray has also appeared in movies like ‘Brave’, alongside Samuel L. Jackson and Jessica Biel. He’s also had a leading role in Ryan Coogler’s acclaimed ‘Fruitvale Station’, which catapulted Michael B. Jordan’s career. Chad plays the role of Luke in ‘Write Before Christmas’, and you can see this post of him, urging fans to watch the movie, below.

Lolita Davidovich appears as Lila. She broke through with ‘Blaze’, and went on to make a career for herself. She can also be seen in shows like ‘How To Get Away With Murder‘, and ‘True Detective‘. Drew Seeley stars as Jax. He is also a ‘One Tree Hill’ co-star. Having grown up in Toronto, Drew fell in love with performing at a young age.

Since then, he has built a reputable career in acting, and music. Some of Seeley’s appearances have been in ‘Dawson’s Creek’ and ‘The Shortcut’. You can check out his post about ‘Write Before Christmas’, below.

In advance of #WriteBeforeChristmas this Sunday night on @hallmarkchannel – here's a FIRST LISTEN to my character, Jax, and his old AND new Christmas hits! 😉 Which one is YOUR new holiday jam?? #countdowntochristmas #hallmarkchannel https://soundcloud.com/drew-seeley/sets/jax-songs-in-write-before-christmas