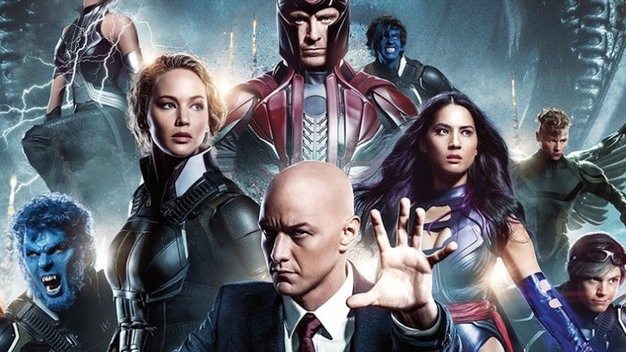 There is a moment in X-Men: Apocalypse when the newest X-students walk out of a screening of “Return of the Jedi”, arguing about the relative merits of “Empire Strikes Back” over “A New Hope”. At the end of the conversation, Jean Grey (played here by Sophie Turner) casually remarks that third movies are always the worst. It is a meta-commentary, obviously referencing X-Men: The Last Stand. What Brian Singer might not have realized, however, that he may have made an unintentional guffaw, referencing the harakiri he just committed. X-Men: Apocalypse is a bloated, artificial mess, with little redeeming qualities. I fondly remember the time when First Class had hit the theaters. I was in awe coming out of the first day screening, convinced that Matthew Vaughn was a genius who had just breathed life into a dying franchise. Days of Future Past was a let down compared to it, but was a still a solid entertainer with some pretty good action set pieces. Apocalypse takes all the good qualities of the previous two movies, blends them and then throws them away. I won’t get into the nitty-gritty of the plot because frankly, there isn’t any. An age-old mutant with a pretty unconvincing god-complex tries to gather followers in order to take over the world. Shit happens. X-Men unite. More shit happens. Done.

Don’t create a super-villain whose powers you aren’t even sure of. Apocalypse isn’t even mildly threatening here, his theatricals falling flat every time he mouths a line about ruling the world. Much of it owes to pathetic, childish dialogue. Oscar Issac, such an accomplished actor, is completely wasted here. The film is a bore from the word go, overly indulgent in the first act, trying to build a convincing back story about the chief antagonist, and failing spectacularly. It is hard to care about the characters and the movie, and thirty minutes in, nothing much has happened. Things sure seem to get interesting in a particularly, and surprisingly poignant scene with Magneto in a forest, but it is only downhill from there. The third act is an overblown CGI shit festival, which is incoherent, fails to excite, and comes off as borderline stupid in many places. In fact, this is the primary sin the movie commits: it simply fails to connect. It’s hard to care about any of the characters. Magneto is reduced to a caricature here, his only motivations coming from a repeat of a family tragedy. Apocalypse is boring. Psylocke and Storm can’t decide their priorities, jumping from devout followers of Apocalypse to betrayers at the end. Sophie Turner is okayish as Jean Grey and her portrayal is not groundbreaking. Tye Sheridan, the newcomer playing Scott Summers/Cyclops gives a good enough performance, but is overshadowed by the movie’s general incompetence. A fresh breath of air is only provided by Quicksilver, who yet again surprises with an excellent, freeze-frame, super-sped action sequence, which is one of the only two things of note in the entire film, the other being a riveting, honest performance by James McAvoy. That guy is one of the bests in the industry, and I am really not sure why he is not getting good scripts where he can show more of his acting chops.

Apart from a shoddy screenplay, the movie suffers from some really, really bad editing and uninspired camerawork, coming off as a hate-child of Michael Bay and Zack Snyder. I have to be honest here: I enjoyed Batman V Superman more than this film. Civil War has set the bar really, really high. X-Men: Apocalypse is a disaster from start to finish, which, I am afraid, may end up killing this beloved franchise. Brian Singer, what have you done?