Yakuza 7: Everything We Know 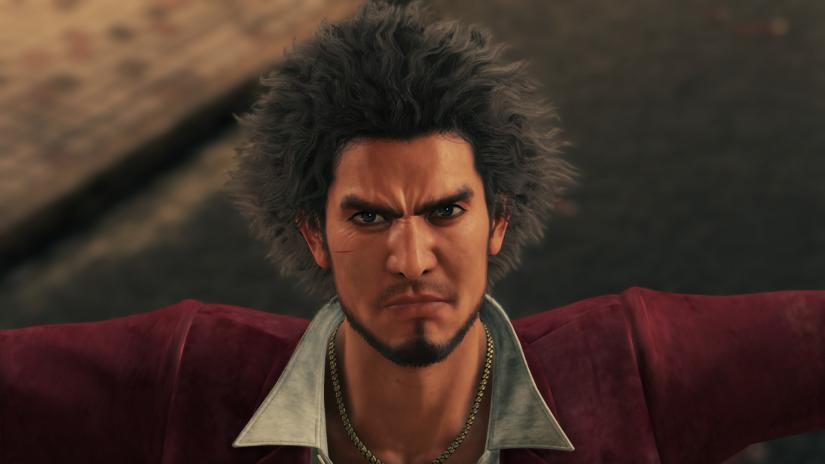 The ‘Yakuza’ series brings you some mafia-centric action where you can literally punch or kick your way through every problem. This gangster thriller brings in a compelling storyline that involves evocative and detailed characters. Almost every event in the game shapes the series as a whole and no aspect of its storyline goes to waste. Even so, the series is not exactly perfect as its combats can often get a little tedious and even its side stories can, at times, be a bit too monotonous.

But its incredible visual representation of the time and place it is set in makes it one of the best character-driven games out there. And the best thing about it is that every time the credits of the game starts rolling, you have many of its spin-offs and sequels to look forward to. On that premise, here is everything we know about its upcoming version.

Yakuza 7 Plot: What is it About?

It all starts off with the adventures of Kazuma Kiryu, a former Yakuza, who gets arrested and gets a 10-year sentence for the murder of Dojima. After 100 million dollars are stolen from his former Tojo Clan, he finds himself getting dragged back to the Japanese underworld. He then runs into a mysterious young girl and if he manages to keep her alive, he might eventually get the answers he seeks.

The next installment of the game is set in 2006 where Kazuma Kiryu decides to retire from his position as the director of the world’s most violent crime syndicate—The Tojo Clan. But when a brutal war takes the streets of Tokyo by storm, he must return to his former clan to make sure that its honor upholds amidst all the chaos of the clashes between the police, gangs, and Mafias.

Yakuza 3 is set in the year 2009 where Kazuma is somewhat on a journey to repent for the crimes of his past. He runs an orphanage in Okinawa where he tries to raise nine children. One of these nine children is his own surrogate daughter, Haruka. But soon, his old life comes tugging back in when an old impending business deal comes knocking on his door again. To protect his orphanage, he must now travel back to the bleak streets of Tokyo and relive the dark memories of his past.

In Yakuza 4, the story is experienced from the perspective of four different characters after a man gets brutally murdered on the turf of the infamous Tojo Clan. Soon after this, even the man who investigates the murder gets stabbed to death. Kazuma Kiryu, yet again, finds himself in the middle of a war for power and money.

The next game starts off with the death of the Chairman of the Omi Alliance. With this, a truce between his alliance and the Tojo clan comes to an end and a brutal war ensues between the two parties. But since the Omi Alliance already has a very strong hold, to battle against them, the Tojo Clan must reestablish its relationships with other old clans that are spread across the city. This new association between all the clans would breach all the traditional rules and regulations that segregated them in the first place.

Kazuma Kiryu gets arrested for his past crimes and is later sent to prison. Hoping he would be able to spend time with his children later, Kazuma does not resist the arrest and decides to spend 3 long years of his life in prison. However, after being released in 2016, he discovers that Haruku has disappeared and  Daigo Dojima and Goro Majima were wrongly accused of a crime and arrested. He desperately looks for Haruka and later discovers that she is now in a coma after a hit and run accident. In order to uncover the mystery of what truly happened to her, he takes her newborn baby and sets out to Hiroshima to seek answers.

In the upcoming installment of the game, titled ‘Yakuza: Like a Dragon’ or ‘Yakuza 7: Whereabouts of a Dragon’, for the first time, the game’s focus will shift away from the city of Tokyo. It will, instead, be set in the Yokohama district of Isezaki Ijincho. Unlike all the other versions of the game, this one will not feature Kazuma Kiryu as its main protagonist and instead, it will feature a whole new character, Ichiban Kasuga, who will be more outspoken compared to Kazuma.

The game will first take you back to the events of 2001 where Ichiban willingly surrenders himself to the police for a crime that has been committed by someone else. Hoping that he would later come out as a hero of the Tojo Clan, he spends 18 years of his life in prison. But after he is set free, to his surprise, no one even remembers him. Enraged by this, he confronts Arakawa for ruining his life and get shot in the chest. Days later he wakes up in a pile of trash in the Yokohama district.

In all the previous games, especially in the first three entries, the players control Kazuma Kiryu, who is the only lead character in these. The game consists of three distinct modes titled Event, Adventure, and Battle, which are connected with another in more than one way. For the most part, battles ensue when the main character runs into enemies on his path. Most fights are hand-to-hand combats.

While weapons can also be used in these, acquiring firearms often takes some time. Upon winning these battles, the player acquires money which can later be used for buying upgrades or healing equipment. Kiryu, as he defeats more opponents, his experience level goes up and this can later be used for becoming a stronger fighter. By filling the “Heat Gauge’ during these Encounter battles, one can also use power moves called Heat actions to easily destroy opponents.

But unlike the Battle System of the previous games, Yakuza 7 will not involve real-time beat em’ up mechanics; instead, it will involve a turn-based RPG type combat, with a four-person battle team. With this installment of the game, Sega will be using an entirely new style of gameplay and based on the response it gets, the creators will decide if they want to continue it for the sequels or not.

Yakuza 7 Developers: Who Are The People Behind It?

The Yakuza series has been developed by Sega and has been created and designed by Toshihiro Nagoshi. Toshihiro is also known for his work in other games such as ‘F-Zero GX’ and ‘Binary Domain’.

Yakuza 7 Release Date: When and Where Can I Play It?

Sega announced that the storyline of the game will be completed by May 2019. The game will be released in Japan for all PlayStation 4 on January 16, 2020 and will be available for the western users in Q3 2020.

You can check out the trailer for ‘Yakuza 7’ here: