When a nasty rumor begins to spread, accusing Alice of having an encounter with a boy who already has a girlfriend, she is sent to a four-day weekend retreat to cleanse her spirit. At the retreat, one thing leads to another and Alice has physical and emotional experiences that liberate her and begin to break the psychological shackles her school and society put on her. Apart from helming the film, Karen is also the screenwriter of the critical acclaimed coming-of-age film, based on her eponymous 2017 short film. Considering its central premise, it is natural for you to wonder whether the ‘Yes, God, Yes’ is inspired by someone’s personal experience. Well, don’t you worry, we have got your back!

Is Yes God Yes Based on a True Story?

No, ‘Yes, God, Yes’ is not based on a true story. Though the sex comedy is loosely inspired by director Karen Maine’s life experiences in her early days in Iowa. Karen was raised in a strictly Catholic family, and after years of living as a devout Catholic, Karen departed from the Church and is no more a Catholic. She showcases some of her experiences through Natalia Dyer’s character Alice, who feels suffocated because of the religious fervor of her family, friends, and teachers. 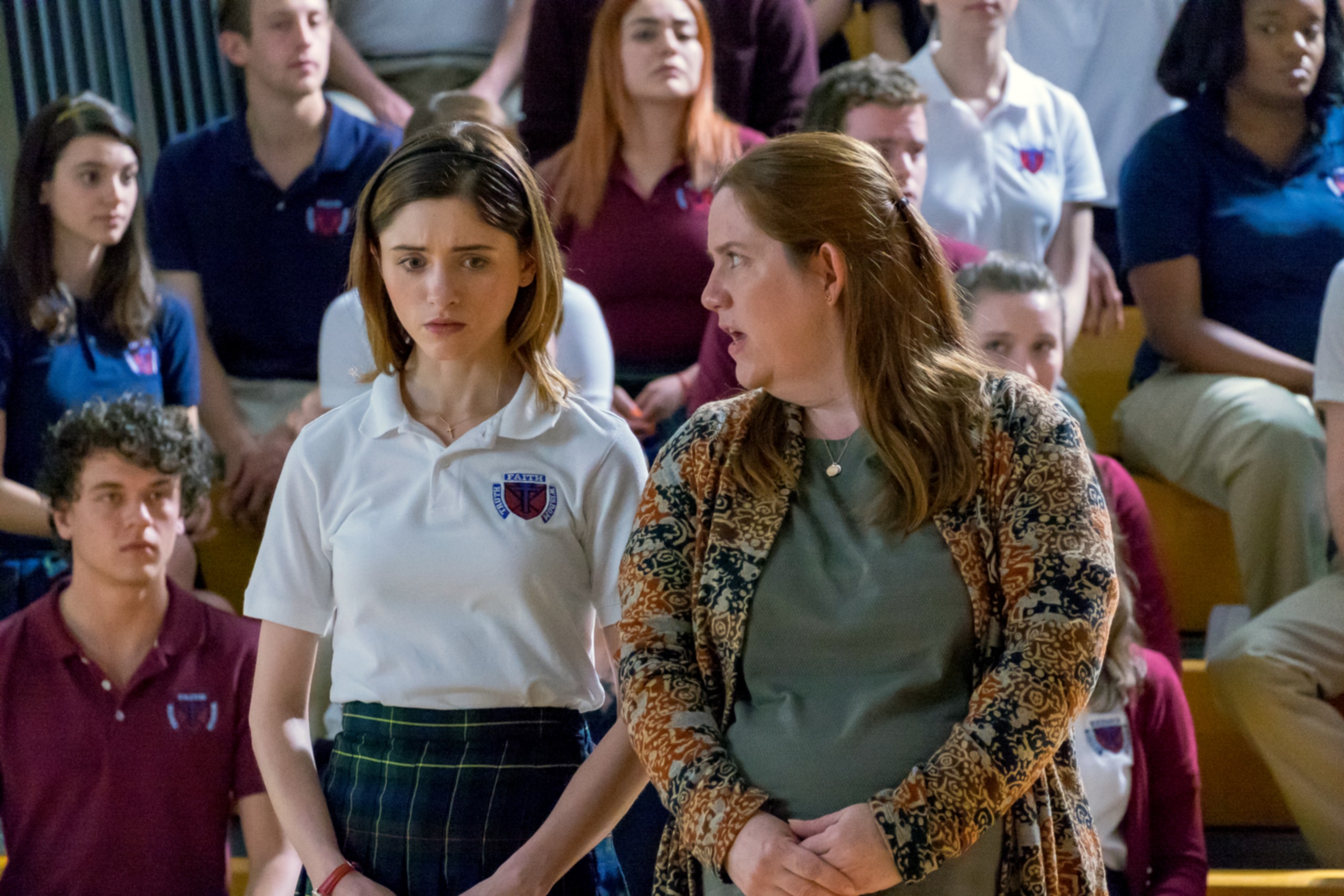 The semi-autobiographical drama film captures the essence of adolescent female desire and also unravels the hypocritical teachings of the Catholic Church. The director chose a naturalistic approach to demonstrate spiritual, physical, and mental liberation, and that can be seen in the way Natalia frees herself from the judgmental environment after going through multiple life-changing experiences in the retreat.

If you contemplate, every woman can relate to some part of the story, be it the constant demeaning women face when they don’t fit into the mold created by the society or their bold choices in clothing, career, and so on.

In a conversation with Entertainment Weekly, Karen threw light on the aforementioned points. She said, “I wouldn’t say [Alice] is me. I’d say she’s going through what I also went through as a teenager, and is a compilation of many different people’s experiences, not just my own.” In an interview with Vanity Fair, the lead actor, Natalia Dyer, opened up about how it was easy for her to slip into the character’s skin as she was familiar with certain situations Alice gets stuck in.

“I grew up in the South going to a religiously inclined school. I remember the similar ways of how women’s sexuality, women’s bodies, were talked about, or not talked about. For me reading the script was really almost cathartic in a way, like, Oh, my gosh. Yes,” Natalia said. Through the film, Karen Maine aims to put forward a message to all the young girls that it’s fine to explore one’s sexual curiosity and no one must feel ashamed or weird for it is normal to indulge in some self-love from time to time.