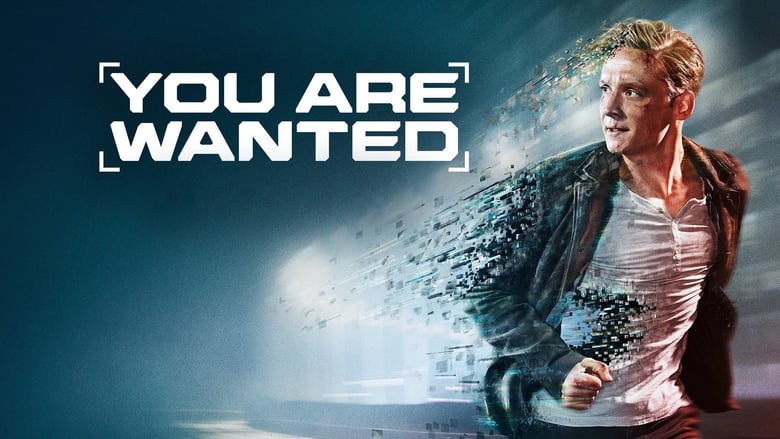 With the advent of streaming services like Netflix and Amazon Prime, the equations of TV drama recently underwent a massive overhaul – the old formula of episodic structure do not work anymore since this is the age of bingeing. And with the new age, the producers are also adopting a new form of scripted drama with a more cohesive structure than ever seen – even in genres like sitcoms, this is very evident with multi-episode arcs – and the new sitcoms actually go for a compact 12 or 10-episode format meant to be watched in succession. But there is no genre that it has been as beneficial to as thrillers and their many manifestations.

‘You Are Wanted’ is the Amazon ‘s  first-ever original German undertaking, and it has proven to be a massive success so far. Taking a cue from Netflix’s highly popular ‘Mr. Robot‘, the show parallels it in many subtle ways: the color palette, the cinematography, hacking and espionage as a crucial element, and the overarching themes of plotting, conspiracy, and helplessness. This German drama has been created by Hanno Hackfort, Bob Konrad, and Richard Kropf, and Matthias Schweighöfer and Bernhard Jasper are the directors. The series first premiered on March 17, 2017, and has been favorably received by fans and critics alike.

You Are Wanted Cast: Who is in it?

The main cast of ‘You Are Wanted’ includes Matthias Schweighöfer as Lukas Franke, who is a hotel manager in Berlin. Before the show, Schweighöfer was already a celebrated German actor with a huge career spanning more than two decades in both film and TV, and more than twenty awards to his name since 1999. Naturally, he is one of the selling points of this show, picking up international recognition and fans along the way.

The other cast members include Alexandra Maria Lara of ‘The Reader‘ and ‘Rush‘ fame, who plays the role of Hanna Franke, Lukas’ wife. Franz Hagn appears as Leon Franke, their son. Karoline Herfurth plays the role of Lena Aradnt, a woman who is in a similar situation as Lukas. Alongside these characters, police investigator Sandra Jansen and her partner Thorsten Siebert are played by Catrin Striebeck and Edin Hasanovic.

There are several other supporting characters who portray the parts of the friends and family of Lukas, not to mention the law enforcement agencies who all begin to doubt who he really is when he is framed for eco-terrorism. They all serve to make the tension very palpable on the show.

In the upcoming season, most of the main characters are expected to return and perhaps we will see some new characters as well, who are bound to make things interesting.

You Are Wanted Plot: What is it about?

The show ‘You Are Wanted’ steps into the shoes and perspective of a hotel manager and family man Lukas, who eventually gets pulled into a vortex of conspiracy, crime, and terrorism, hunted by the intelligence agencies and police, and his family hunted by the enigmatic organization that blackmails him. The second season sees Lukas entrapped anew once again with his memory blurry, the police and secret service on his tail, pinning him as a terrorist, and a secret world crisis rising with the threat of a cyber weapon falling into the wrong hands.

When we are introduced to the series, we see a man destroying his computer completely, lighting it and himself on fire, before jumping out of a window as the city blacks out. It is a gripping opening and only the beginning of a nightmarish sequence of events which are fast-paced enough to remain enjoyable throughout. One revelation in the show is the portrayal of Jansen’s character. The nuanced feminist portrayal effortlessly puts her at the same stage as male counterparts and her actions are reflective of what one would expect of a male federal investigator. She is hard as nails and a chain-smoker who does not have qualms about how she goes about her job. The series is all the more frightening because the Franke family is just like any other family in their reliance on smartphones and other devices that all use the internet, and they are rather avid in their use of social media as well. When viewers see how easily this data can be compromised and used to the detriment of someone, it is sure to open our eyes not to blindly trust our electronic devices.

The Guardian has humorously said, “It’ll make you want to burn all technology, but not until you have downloaded You Are Wanted on to all your portable devices and binge-watched it under a blanket in a basement with gaffer tape over the webcam.” Hopefully, the show will continue in a similar manner in the upcoming season and keep the viewers on the edge of their seats with all the intensity.

You Are Wanted Season 3 Release Date: When will it premiere?

‘You Are Wanted’ Season 2 premiered on May 18, 2018. While Amazon Video has not renewed the show yet, there is a good chance that it will get renewed, given its international popularity. Our best guess is that ‘You Are Wanted’ season 3 might release sometime in September, 2019. Do stay tuned for an official update on the release date.

You Are Wanted Trailer:

While we wait for ‘You Are Wanted’ Season 3, check out the trailer for Season 2. If you have not seen the series and enjoy modern day technology driven thrillers, then this is the show for you.