You Can’t Take My Daughter: All You Need to Know 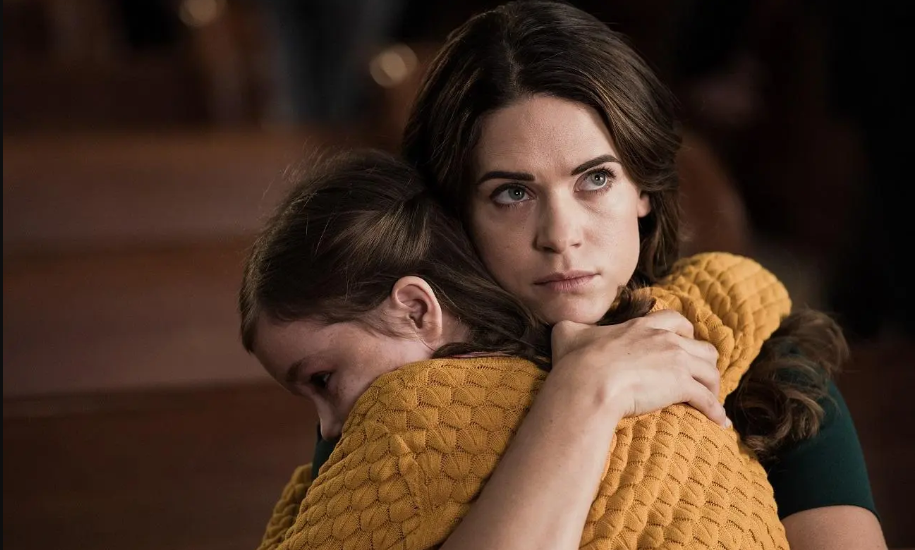 Apart from making viewers’ hearts sing in joy with its rom-com offerings, Lifetime has also been putting them at the edge of their couches with its ‘Ripped From the Headlines’ Movies. Airing on Saturdays, these movies turn out to be the perfect treat for a lazy weekend of binge-eating and television glaring. ‘You Can’t Take My Daughter’ is yet another Lifetime ‘Ripped From the Headlines’ movie that is based on a true story.

‘You Can’t Take My Daughter’ follows the character of Amy, a former law student. In an unfortunate incident, she gets raped by a friend’s friend named Demetri. However, her nightmare does not end there. She soon finds out that she is pregnant with Demetri’s baby. Instead of aborting the baby, she chooses to keep it.

Amy packs her bags and shifts to Atlanta to start a new life with her daughter. However, six years later, Demetri is able to track her down. He sues her for custody of Amy’s daughter. As a result, Amy decides to fight back using her legal knowledge.

The premise of the movie is truly tragic. However, what is even more heartbreaking is the fact that it is based on an actual story. The movie is an adaptation of the story of Analyn Megison. A former Florida attorney, Megison now fights for the rights of rape survivors and women who face situations similar to hers.

My rapist fought for custody of my daughter. States can't keep survivors tied to rapists. https://t.co/QRiMKEVExb via @usatoday Thank you so much @usatoday ❤

Many of you might be wondering where was ‘You Can’t Take My Daughter’ filmed. The movie is set in Atlanta, Georgia. However, viewers might still be wondering whether the movie has been actually filmed in Atlanta. Continue reading to find out.

Yep, ‘You Can’t Take My Daughter’ has been actually filmed in the city of Atlanta, Georgia. The movie’s makers would have surely filmed on-location extensively to nail the authenticity of the movie’s setting.

However, information regarding the specific filming locations of the movie has been scarce. Hence, we cannot tell what specific locations in Atlanta had been used to film the movie. However, a casting call by the movie’s producers revealed the fact that a few scenes had been filmed at a church.

You Can’t Take My Daughter Cast: Who is in it?

The cast of ‘You Can’t Take My Daughter’ is headlined by Lyndsy Fonseca. Born in Oakland, California, she kickstarted her acting career by starring in the CBS soap opera, ‘The Young and the Restless.’ She is known for playing several recurring characters on popular shows like ‘How I Met Your Mother’ and ‘Desperate Housewives.’ Moreover, she has also appeared in ‘Nikita,’ and ‘Kick-Ass.’ Lyndsy plays the protagonist, Amy in ‘You Can’t Take My Daughter.’

The character of the rapist, Demetri is essayed by Hunter Burke. The actor is best known for appearing in movies such as ‘The Big Short,’ ‘Rectify’ and ‘The Best of Me’ apart from the television series, ‘Claws.’