‘You’ tells the story of Joe Goldberg, a man looking for real love in the sea of people who are fake and undeserving. The first season gives us a glimpse of the lengths he can go for love; the second season shows us how his actions have affected his psyche, and the boundaries he is ready to cross again for the sake of his redemption. If you haven’t yet caught up with the show, head over to Netflix. Come back here once you have been shocked by that ending, and to understand what it means for Joe Goldberg. SPOILERS AHEAD!

Careful what you wish for. And this applies to serial killers too. Joe wanted his love reciprocated. He wanted someone who would accept him in his entirety, who would love him as unconditionally as he would love them. He didn’t get it with Candace or Beck, but he did get it with Love. And now, he is caught up in his own worst nightmare.

After tripping for a whole night with Forty, Joe discovers the next day that Delilah is dead. He had convinced himself that he would not kill her, that he would simply leave. He would let her live, just as he had let Will live and it would all be okay once he was gone. In Mexico, he could start over and build a new life. But her death complicates things. He thought he could be a better person for Love. So, if he did kill Delilah, does that mean it is not in him to change? Does that mean that his story with Love has the chance of meeting the same end as it did with Beck?

But he had come too far to relapse. He had made himself better and it was just not in him to kill Delilah. If not for her, then at least for Ellie. He would never do this to that poor minor who has nowhere else to go now. And for once, Joe has read himself right. He has killed a lot of people, but he did not kill Delilah. It was Love.

A Love Story for Love 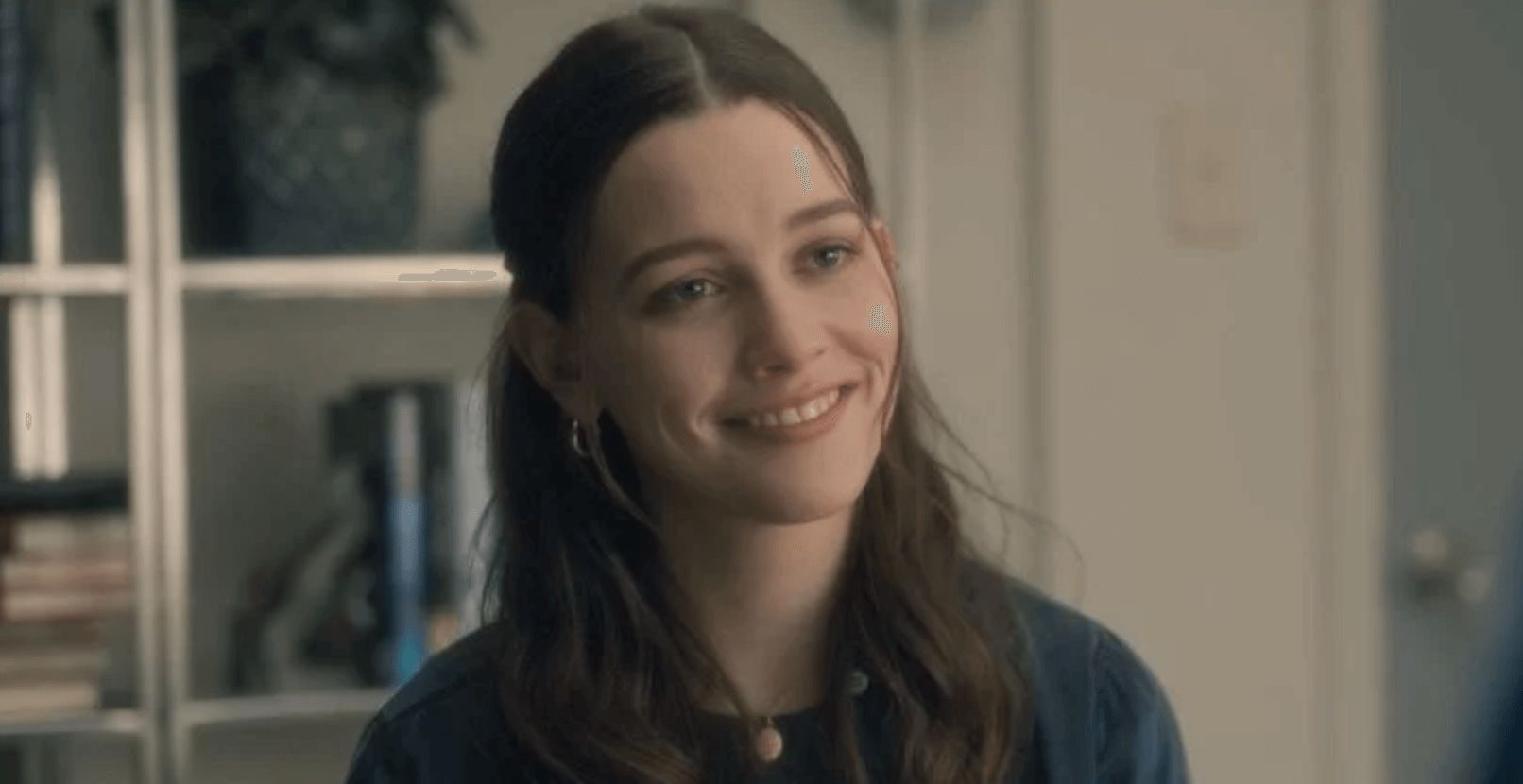 Love blinds you. It makes you biased about the one you have fallen for. You just see what you want to see- sunshine and rainbows and a promise of the happy ending. Despite all his flaws, Joe is the same. He believes in true love, he believes in the one, and he believes that Love is all that. She is kind and bright and talented and she makes him a better man. He waited for so long to meet the girl of his dreams and now, there she is. And THIS is Joe’s blind-spot.

When he sees Love for the first time, he falls in love with her. Then he finds out more about her, and he realises that she really does deserve his love and dedication. But in his obsession to find true love, Joe forgets that just as he has secrets, Love might have them too. Just as he is hiding the worst things he has done, there is a chance that she could be hiding them too. How much does he know her anyway!

So, what is Love’s deal then? Well, as far as the soulmate situation for Joe is considered, this is as good as it gets. There will be no one else equally obsessed and psychopathic for him. Love is ready to do anything for the people she loves, just as Joe. When she was little and she found her brother being sexually harassed, she killed that girl because she knew her parents would never help. She stepped up when it was necessary and ridding the world of a sexual predator shouldn’t be considered a bad thing, right? The next time she had to do something for love was when she discovered Delilah in Joe’s cage.

Make no mistake, Love knew everything about Joe. She knew about his past life, how he took over a new identity, and how he was the one to have killed Beck. But because she is like him, she knew all his actions were justified, and that Beck never really deserved his love. So, when she came face to face with Delilah, it became clear to her that this was her chance to show Joe that she was not like Beck. That she deserved his love and would do whatever was necessary to be with him. So, she solved the final problem.

The Ending: A New You for Joe? 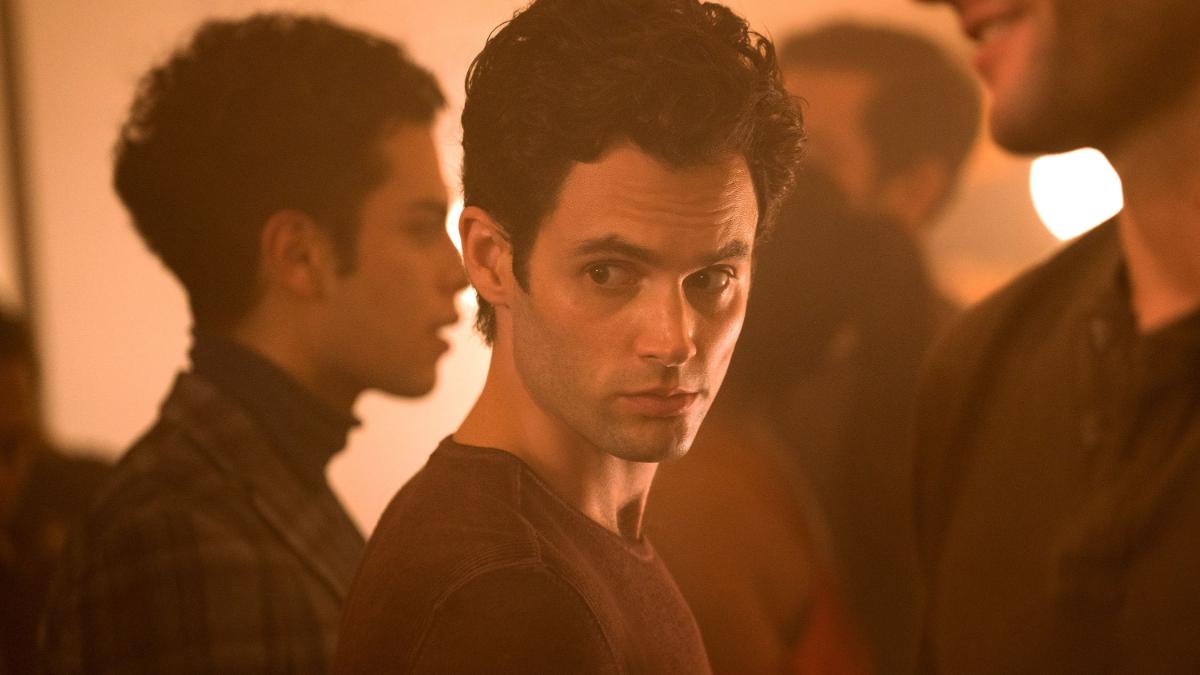 At one point while watching ‘You‘, I compared Joe Goldberg with Dexter Morgan. Joe found moral grounds for his actions while killing people like Henderson. Dexter used the same code to quell his thirst for blood. While both might seem same on the surface, on the grounds that they are serial killers and consider themselves good people despite all the murders, there is a huge difference between them. When it really comes down to it, Dexter knows exactly who he is. And of all the bad things that he might be, at least, he is not a hypocrite. We can’t say the same about Joe, which is what makes him even more dangerous than the darkly dreaming Dexter.

Joe comes so close to admitting what a horrible person he is. He comes to understand what Candace meant when she said she would show him his true face. But the moment he discovers that Delilah’s death is not on him, he goes back to his old beliefs. He is still the same man who does whatever is necessary to protect the people he loves and cares for. But watching Love do the same isn’t something he can accept. He had previously believed that he truly loves Love because he has accepted her imperfections, that he has accepted her flaws and that’s what true love is all about. You know a person with all their faults and yet, you love them.

But when she turns out to be someone else entirely, he deduces that she is not the love of his life after all. The only reason he continues to stay with her is because of the child. He doesn’t want his kid to have a bad childhood; he doesn’t want him/her to go through the same problems as he did, to suffer the same terrors that made him into what he is now. But that shouldn’t stop him from looking for love. Especially when it’s so close to him.

He is ready to start another cycle of his obsessive love with someone else and he seems to have already found his target. This time, it is an unassuming neighbour. It seems, Joe hasn’t learnt anything about himself, even after all of this. He is still the same and it doesn’t look like anything in the world can change him now. This proves how magnificently deluded he is about himself. Even if he accepts some responsibility for how he ruined Ellie’s life, he thinks that being with Love is punishment enough. He thinks that he can atone for his sins by doing time with Love. Moreover, he needs to be with Love not just because he deserves the punishment, but also because he needs to protect their child from her! He still sees himself as a saviour of others, and until someone shatters his beliefs about himself, the story of Joe’s life is always going to be the same.