You Season 3: Premiere Date and Cast 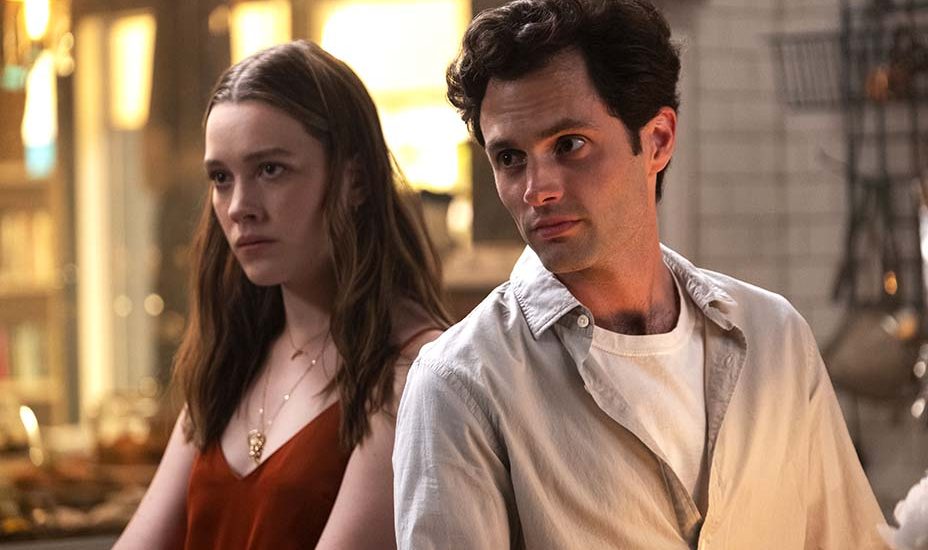 ‘You’, the psychological thriller, which managed to sway viewers toward rooting for the protagonist (in this case, a delusional serial killer), garnered a lot of appreciation, especially because of its unique approach toward the conventional stalker-slash-obsessive-lover story arc. Although when it first premiered on Lifetime, it only generated a limited audience. However, when it was later acquired by Netflix, it opened to huge critical acclaim.

The show was renewed for a second season even after its season 1 premiere and it debuted on Netflix in December 2019. Now if you are done bingeing with the second part as well, we are sure you are wondering about Joe’s new obsession and a potential ‘You’ season 3. Well, read on to know.

When will You Season 3 release?

Although we are impatient to know about a potential season 3, we should first establish the fact that Netflix has not come up with an official announcement yet. But here are a few hints.

According to Deadline, on December 16, 2019, a third season for ‘You’ was awarded a $7.213 million California tax credit. This is definitely a good bit of news. Deadline did add that “Receiving a tax credit does not guarantee a renewal but it helps secure one as it makes a series more advantageous financially.”

Executive producer Sera Gamble also expressed her views on an upcoming season saying: “absolutely it could come back.” She further added: “First of all, it’s up to the powers that be. We hope that a lot of people will watch the show and that it gets to continue. I will say that we have an idea for season 3 that is SO exciting that people talk about it in the [writer’s] room every day. So my fingers are crossed. I’ll just say, I hope we get the chance to keep making the show.”

Additionally, season 1 of ‘You’ is based on Caroline Kepnes’ eponymous novel while season 2 is inspired by its sequel, Hidden Bodies. Currently, there are no more books yet but Kepnes is writing more. She tweeted: “Yes, I’m writing a third Joe book. And a fourth. No, I’m not done yet.” According to her, in the third book, Joe moves to a small island. She explained: “He moves there for love reasons, for the greater good. But then he discovers there are no murders because they’re all too co-dependent. It was an exciting challenge to figure out how to kill people in a place where there’s so much intimacy in the community.”

As you can see, we are almost sure that ‘You’ will be making a comeback. In fact, we expect ‘You’ season 3 to release sometime in December 2020.

Penn Badgley leads the cast as Joe Goldberg, a serial killer with a penchant for stalking, who falls obsessively in love with Beck. Joe works as a bookstore manager at Mooney’s. Elizabeth Lail plays Guinevere Beck, Joe’s object of interest and a struggling NYU graduate student, who wants to be a writer.

Luca Padovan stars as Paco, Joe’s young neighbor, who stays with his mother and her abusive lover. Zach Cherry enacts the role of Ethan, Joe’s colleague at the bookstore and a book-keeping clerk. Shay Mitchell stars as Peach Salinger, a privileged socialite who also happens to be Beck’s best friend.

In season 2, Victoria Pedretti joins the cast as Love Quinn, an aspiring chef and health guru in L.A. James Scully plays Forty Quinn, Love’s brother who she holds close to her heart and who suffers from his own troubles. Jenna Ortega portrays Ellie Alves, a teen and a resident of the big city.

In season 3, we will definitely see Badgley making a comeback, accompanied by Padovan, Pedretti, Ortega, who are all alive by the end of season 2. There might be new cast additions as well; the updates which we will add to this section as soon as we learn more.

You Season 3 Plot: What is it about?

Season 1 of ‘You’ follows Joe, an eccentric, chiseled bookstore manager who is so full of himself that he despises almost everyone around him. His dislike for modern culture and the social media savvy generation is apparent from the multiple thoughts that run through his head. However, the twist is that he himself uses the internet to track down Beck and stalk her whereabouts after he falls for her. Joe goes to severe lengths to remove people who he thinks are not good for Beck. Eventually, Beck does return his affections but then things go haywire when she learns about his true nature — a realization that ends in a tragic aftermath.

In season 2, Candace, Joe’s ex, makes a comeback, seeking revenge for what he had done to her and Beck. Joe, in order to escape his past, goes on the run and temporarily shifts to Los Angeles, where he meets his next love match, Love Quinn.

As the season progresses, there are several new reveals. Love is basically Joes’ counterpart, some kind of a soulmate, who has had her own share of kills in the past. In fact, they form the perfect murderous couple, who don’t hesitate to murder in the name of passion. When their actions are finally blamed on a dead Forty, they move to a beautiful, dreamy house in the suburbs.

The finale also unveils Love’s pregnancy and we believe that Joe is ultimately at peace. But things go for a toss when he sees a woman next door through a crack in the backyard fence. Yes, that’s a major cliffhanger! It is evident that Joe is not done with his stalking habits yet.

Now, who is this new female and will she be Joe’s new fantasy. What if Joe decided to take a new house just to get close to her? How will Love react when she comes to know about this? And we are still unsure if the baby is actually his as everything seems a little shady. Moreover, with the fragile mental states of both Joe and Love, what would the future hold for this child?

The show even leaves several loose ends. With Paco, Will, and Ellie still alive and well aware of Joe’s intentions, will they help in finally exposing him? Yeah, we need answers and we hope season 3 helps us in finding some closure.

While we wait for an update on season 3, you can watch the season 2 trailer below: