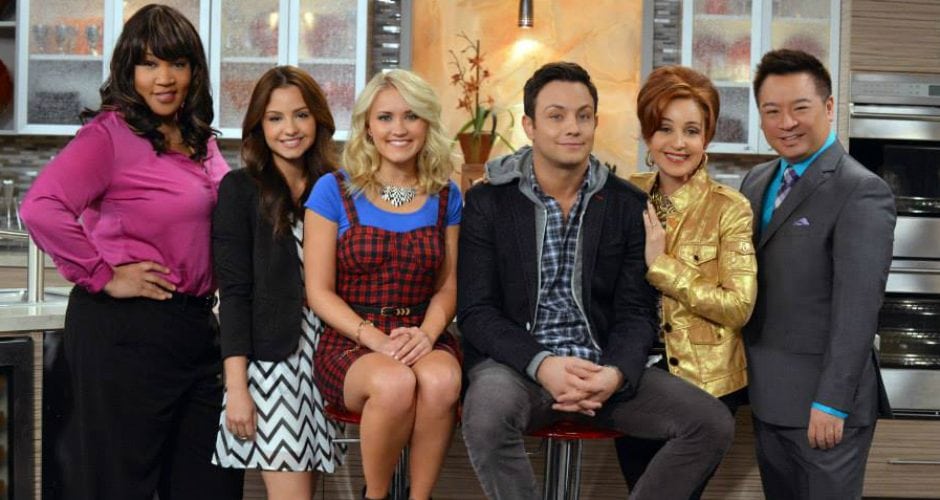 ‘Young & Hungry’ made its debut on Freeform on June 25, 2014. The American sitcom is loosely based on the life story of Gabi Moskowitz, a San Francisco-based chef who runs a nationally-acclaimed food blog, BrokeAss Gourmet.

Created by David Holden, the show tells the story of Gabi Diamond, who is hired as a personal chef to a tech millionaire, Josh Kaminski. Things go wrong at her first trial dinner, and she ends up sleeping with Josh. They decide to keep it a secret, but things get further complicated when they start developing feelings for each other. Boom! A sitcom is born.

Before you make any assumptions, allow me to clear the air. No! The real Gabi did not sleep with her boss.

The show has generally received mixed reviews from critics but has managed to remain a hit among teenagers even after five seasons. The popularity paved the way for the makers to have guest stars like Kylie Minogue, Betty White, Ashley Tisdale, and many others.

‘Young & Hungry’ season 5 was to consist of a standard 10 episodes initially. But ahead of its release, Freeform ordered 10 additional episodes, bringing the total to 20 episodes. Hence the two-part season – 5A and 5B. Season 5A officially premiered on March 13, 2017 and ended on May 22, 2017.

On March 15, 2018, after a year-long gap, the network announced that the fifth season would be its last.

Along with it, the makers broke the news of a follow-up movie, that’ll wrap up the events of the series finale. The final ten episodes (Season 5B) premiered on June 20, 2018, and concluded on July 25, 2018.

In an interview, the creator of the show, David Holden said, “We really wanted to do one more season, and we didn’t get to. But hey, that’s how TV works. It would be great if we could tie everything up in a perfect little bow. That’s not how the business works.”

He further added, “The notion with the movie is that we tie things up a little bit more. The season definitely leads to a cliffhanger. It would be nice if a movie could satisfy all of our fans. We’ve already written a draft of the script for them. I think it will be on Freeform. I think it’s a matter of figuring out if and when it’s going to happen. It’s out of my hands. If they don’t pick up the movie, I feel like we should put it online and see that it does happen.”

The joy was short-lived as the show’s star Emily Osment took to her social media on August 24, 2018, to express her disappointment in the makers, who pulled the plug on the movie, too.

In a now-deleted tweet, she wrote, “It breaks my heart to tell you that in addition to @FreeformTV not giving our Young & Hungry audience the ending our show deserved, they have ALSO decided to not go forward with a full-length film. From me and my obvious future tv hubby @sadowski23 we love you and we’re sorry.”

In April, 2016, a ‘Young & Hungry’ spin-off show titled ‘Young & Sofia,’ starring Aimee Carrero (as Sofia) in the lead was announced. However, it didn’t take off.

Therefore, fans of the show will have to make do with the Osment’s version of the ending or hope for a miracle. However, it doesn’t hurt to be hopeful in the current “Save Our Show” (Read: ‘Brooklyn Nine-Nine,’ ‘Lucifer‘ and ‘Veronica Mars’) environment, as it is likely, ‘Young & Hungry’ season 6 may find a new home. Though, for now, the status of the show remains cancelled.