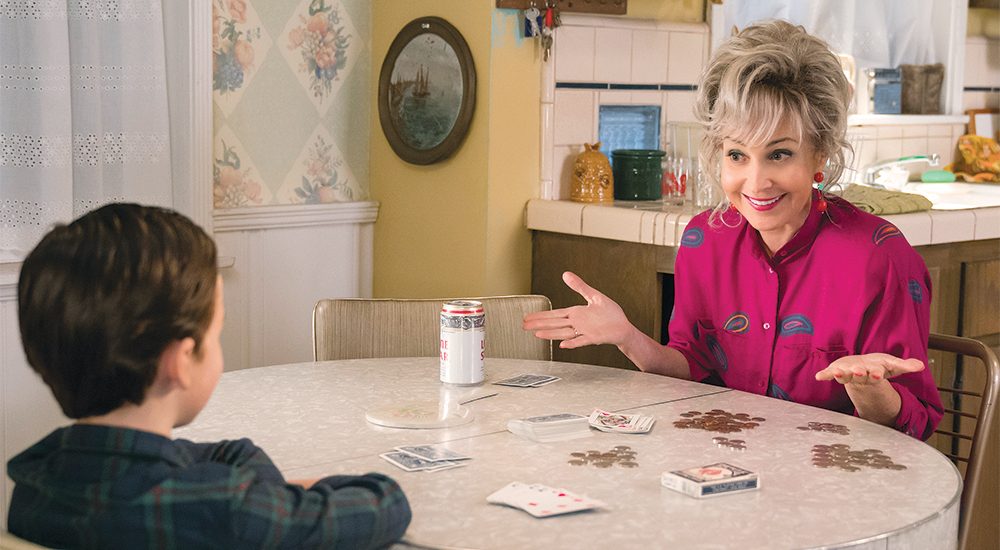 ‘Young Sheldon’ is an American comedy television series and is a spin-off of the very popular sitcom ‘The Big Bang Theory’. The show airs on CBS and first premiered on September 25, 2017. The show has been created by Chuck Lorre, famous for works like ‘Two and a Half Men’ and ‘The Kominsky Method‘, along with Steven Molaro who has worked on shows like ‘Drake & Josh’. The two also worked together on ‘The Big Bang Theory’.

The series follows Sheldon Cooper at the age of nine, living with his family in East Texas and going to high school. The idea for the show was given to the producers by Jim Parsons, who plays Sheldon in ‘The Big Bang Theory’. Parsons also serves as the narrator and co-executive producer for the show.

Considering that Sheldon and his quirks were one of the most lovable things on the original show, it is no surprise that the spin-off drew a huge fan following of people interested to know how this uniquely eccentric person was in his childhood. The show became an instant hit and has received good reviews from the critics. Critics too have lauded the series just as they had lauded the original, saying, “Young Sheldon’s appealing cast and relatable themes bring a fresh—and overall enjoyable—perspective to its central character’s familiar story”.

‘Young Sheldon’ Season 3 premiered on September 26, 2019. After airing for 10 episodes, the show went on a mid-season break — as it always does — on December 12, 2019. The good news is that fans won’t have to wait for long for the show to come back on the tv screens. ‘Young Sheldon’ Season 3 episode 11 will release on January 9, 2020. The season will have a total of 22 episodes. You can watch them on CBS.

As far as the future of the show goes, fans should know that CBS has already renewed the show for a fourth season. The show has enjoyed excellent ratings right since its premiere and that’s reflected in the confidence the network has shown in it.

Young Sheldon Cast: Who is in it?

The main cast is supported by a host of recurring and guest characters. Some of the notable guest stars have included Ray Liotta of ‘Goodfellas‘ fame, who plays the role of a bookie to his Meemaw or grandmother.

Young Sheldon Plot: What is it about?

‘Young Sheldon’ follows Sheldon in the year 1989 when he was just nine years old. It focuses on the difficulties Sheldon has fitting in the world around him, while he makes an attempt to deal with his unique intellectual capabilities and social challenges. When we are introduced to the character of Sheldon, we see a boy who cannot understand social cues as well and has a sense of superiority due to his intelligence. Nonetheless, he seems to love his family and has his heart in the right place. This, of course, does not stop him from going down his own path and making some hilarious mistakes along the way, from which he learns. It is Sheldon who is the exception in his family.

While other members have their quirks, they are mostly normal. His father likes beer, his mother is a God-fearing woman who likes Church, his older brother happens to like football, while his twin sister enjoys television. The entire family seems to enjoy tater tots, but not Sheldon, who is contemptuous of it. We also see his fixation with extreme order and cleanliness comes from a very young age.

What is very interesting in the show is how Sheldon’s superiority often makes others exasperated with him, to the point of wanting to shut him up. This especially happens in school. However, even back at home, his mother struggles to figure out how to deal with her son. She knows he is a genius but her protective instincts remain, and this makes for an interesting dynamic about how parents should deal with prodigious offsprings. Overall, there is an 80s feel to the show and it is a quirky family drama. The gags and laughs are much like ‘The Big Bang Theory’ and go along the lines of nerd jokes and how they behave awkwardly in society while being smarter than most of the other people.

As long as we are comparing shows, it would be remiss not to point out how ‘Young Sheldon’ demands engagement, attention, and seems to be more poignant and darker than the original show. Yet, it manages to capture the essence of humor and holds it by the heart, making it a subjectively funnier experience than the original series.