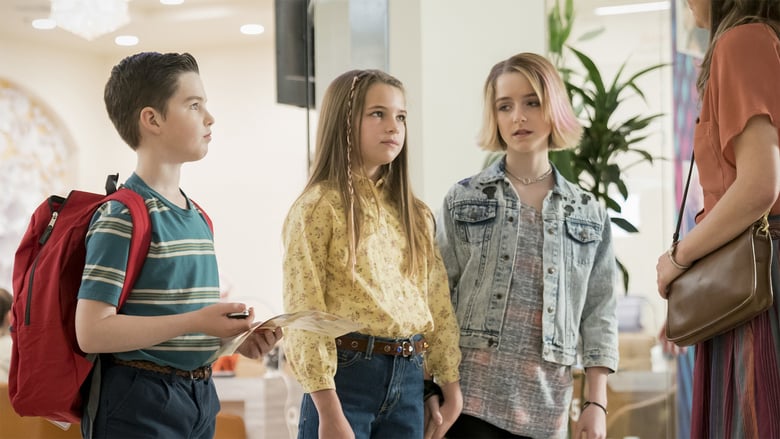 ‘Young Sheldon‘ should be familiar to anyone who has seen ‘The Big Bang Theory‘. The show essentially is a prequel spin-off and takes us into the childhood of the precocious genius, Sheldon Cooper. Jim Parsons narrates the series, which is currently on Season 3.

The well-loved show is underway and has shown us several of Sheldon’s adventures. Last week’s episode sees him trying to comfort Paige, whose parents are going through a divorce, for which she blames herself. Adventures at a shopping mall follow, as we get a glimpse into Sheldon’s tendency of offering a warm beverage to calm someone down.

Naturally, you might be wondering about what goes on in the show’s latest episode, and we have got you covered in that regard. First, let us take you through when and where to watch the upcoming episode.

Titled, “A Slump, a Cross and Roadside Gravel”, the episode sees Sheldon and Georgie mining for platinum in roadside gravel. Meanwhile, Mary is concerned with Missy misusing religion to help with a batting slump.

Since ‘Young Sheldon’ airs on the CBS network, the simplest way to watch it would be to use the cable subscription. However, it is understandable that many people do away with cable connections in the modern-day and age. For them, the best option is to head to CBS All Access, which will let you stream the latest episodes of the show.

Cord cutters are on the rise, and provisions have to be made for them accordingly. Since they make up a growing section of the viewer base, networks have to keep their ease of access in mind. With that being said, there are several other options that can be used to stream the show. Among them are, DirecTV, FuboTv, and YouTube TV.

You can check out the promo of the upcoming episode below. It promises to be fun-filled, as usual.

The episode starts with Missy throwing a winning pitch, causing everyone to rejoice. However, Sheldon refrains, since he is reading ‘Dune’. Later, at the victory dinner, he makes things awkward and gets banished to the kids’ table.

Most of the episode focuses on adult relationships, as Dale goes fishing with Georgie, George, and John. However, Dale’s sense of humor gets on the nerves, as he and John have a tiff. John takes the bus home, but by this time, we know that banter aside, John is a good fisherman. He uses pig brains as bait, which Dale refuses to try, but Georgie eats.

George’s attempts to calm things down between Dale and John are useless, although Connie had warned John about Dale’s humor, and told the latter to go easy on John. Meanwhile, Missy and Sheldon try to decide what to do. In order to decide, who gets to make the decisions, they embark on a game of ‘rock, paper, scissors’, which is deemed insufficient.

The game is escalated to ‘rock, paper, scissors, candy, pony’. If you remember, Sheldon has a complex version using a lizard and Spock, in the original show. As for the young Sheldon, this game does not yield concrete results. Missy and Sheldon try naming as many states as they can while hula hooping. Sheldon loses because he cannot hula hoop.

However, the day ultimately goes his way, because he and Missy spend so much time arguing, drawing up contracts, and dilly-dallying, that they end up staying indoors, which is what Sheldon wanted in the first place. It remains to be seen how the upcoming episodes play out.