Where Was ‘You’re Bacon Me Crazy’ Filmed? 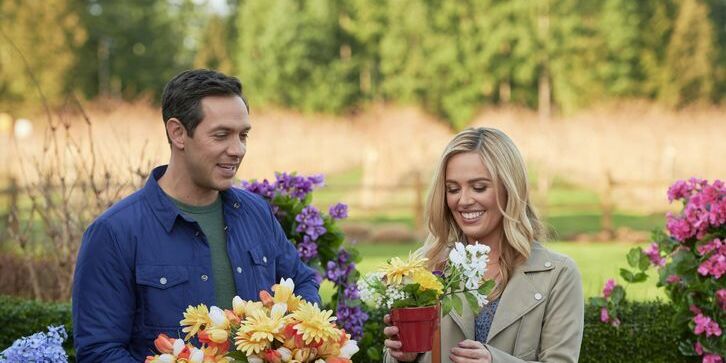 ‘You’re Bacon Me Crazy’ is a romantic comedy that centers upon Cleo Morelli, a budding chef, and owner of a food truck in Portland that serves authentic Italian cuisine. She is full-spirited and ambitious and loves her profession more than anything. Cleo’s business is doing great until competition arrives – Gabe, who sets his food truck, Mo Bacon, right across the street. The two meet at the farmers’ market, and in their very first conversation, sparks fly.

However, before their love story could take off, Cleo sees a decline in her customers and cites Gabe’s entry as the reason behind it. To gain the upper hand over him, she enters a food truck competition and asks Gabe to participate too. Cleo is super competitive and aims to win the competition to become the best chef in Portland. On the other hand, Gabe just wants to win Cleo’s heart. Will Gabe ever confess his true feelings for Cleo? Or will the competition drift the two apart?

A part of Hallmark’s Spring Fling series, the movie is based on the eponymous book by Suzanne Nelson. Allan Harmon serves as the director, while it has been adapted to screen by Christopher Sey. The movie was well-received for its visual appeal and endearing chemistry between the two leads. Let’s find out where it was filmed.

Like most Hallmark films, this seasonal release was filmed entirely in Canada. But where in the Greater North, you may ask? Well, the picturesque locales of British Columbia, the third-largest and westernmost province in Canada, served as the backdrop of the food-centric romantic tale. The principal photography for the movie began on February 3, 2020, and wrapped up on February 21, 2020. Here are the specific locations where ‘You’re Bacon Me Crazy’ was filmed.

The trucks were rented for the shoot and set across the main roads of Langley, making it easier to showcase the busy streets on the film.

Had the best time being apart of this extremely talented cast and crew. Hope you all enjoy Andy’s much as I did – in #yourebaconmecrazy @hallmarkchannel April 4th @ 9pm #allanharmon @suzannenelsonbooks

Therefore, it’s not surprising that the Hallmark film was shot here. Here’s a behind-the-scenes picture shared by Casey Ryan Manderson, who plays Nate in the film.

Located in the Metro Vancouver Regional District, Langley has seen a boost in its filming set-ups in the past few years as more and more filmmakers choose the municipality city as a filming location for their films/shows.

According to sources, the beautiful city of Maple Ridge, which is surrounded by the Fraser River and the Golden Ears in the north-east region of Greater Vancouver, served as the shooting site for some scenes in the film.

The main cast features Natalie Hall as Cleo Morelli, an aspiring chef who owns a food truck called Cleo’s kitchen in Portland. Her best works include ‘A Winter Princess,’ ‘UnREAL,’ and ‘Charmed.’ Joining her as her handsome and charming rival food-truck owner, Gabe, is Michael Rady. You may recognize Michael as Coleman Wasserman from ‘UnReal’ and also for his recurring role as Miles in ‘Atypical.’