Fighting anime can be really enjoyable but most of them tend to offer nothing more than action scenes. They mostly lack a well-developed story or plot. And though it is still fun to watch, it’s even better when these shows have a well-structured story that actually leads up to these actions sequences. ‘Yu Yu Hakusho’ is one such anime that does have your regular shounen cliches but at the same time, it has a very compelling storyline that is surely above most shows in this genre. It also has a lot of depth to its plot and even the comedy placed in it is actually really funny. The real win for the show is with its characters, who initially appear to be cliches, but with time, are explored well and become major factors for the overall success of the anime. Over the course of 112 episodes, you will find at least one character you can appreciate and watch the entire series for.

‘Yu Yu Hakusho’ is nowhere close to being a DBZ clone and does not even have any mindless action scenes that lack proper buildup. It’s just one of those few shounen series that are almost close to perfection. Even after being such a long-running anime, it never falls short of the initial standard that it sets and does not even waste too much time on fillers. If you have not seen this one yet, you should definitely give it a shot. Considering it was made in the 90s, its animation style is a little outdated but I can assure you that watching it will be a very rewarding experience.

Yu Yu Hakusho Season 2 Release Date: When will it premiere?

‘Yu Yu Hakusho’ Season 1 premiered on October 10, 1992 and ran until January 7, 1995 with a total of 112 episodes. More than a decade later, a special episode of the anime was released on October 27, 2009. It has been more than two decades now since its initial run and still, the series has not died out. The show is still ringing out in the ears of anime lovers and it’s about time the franchise made a comeback in one way or the other. An OVA of the anime was released in October, 2018 but even now, this one is only available in the form of DVDs along with the last season of the anime.

Regarding the new season, there isn’t much we can say about it because ‘Yu Yu Hakusho’ is the kind of anime that never dies and has the tendency to just pop up sporadically every once in a while. It is safe to say that we will be seeing some more of it in the future; perhaps even a whole recreated version of it. As soon as we come to know about ‘Yu Yu Hakusho’ Season 2 release date, we will update this section.

The English Dub of ‘Yu Yu Hakusho’ is available on Funimation and Amazon Prime. You can also watch it on Crunchyroll with its original Japanese audio and English subtitles.

‘Yu Yu Hakusho’ revolves around a young man named Yuusuke Urameshi who is a delinquent with a not-so-bright future. But one day, he gets a chance to completely transform his life when he throws himself in front of a speeding car just to save the life of a kid. With the sacrifice that he has made, the leading authorities of the spirit realm are too shocked to just let him go like that. So they decide to give him a second shot at life and assign him a series of tasks that he has to complete in order to live like a human again.

Under the guidance of the great god of death Botan, he has to now investigate the presence of the evil on the surface of Earth while playing the role of a Spirit Detective. To help him on his adventure, he decides to recruit an ex-opponent named Kazuma Kuwabara and also, two demons who have a serious criminal past. Together, the four of them train each other to become the strongest versions of themselves to eventually fight off enemies who threaten the existence of humanity. 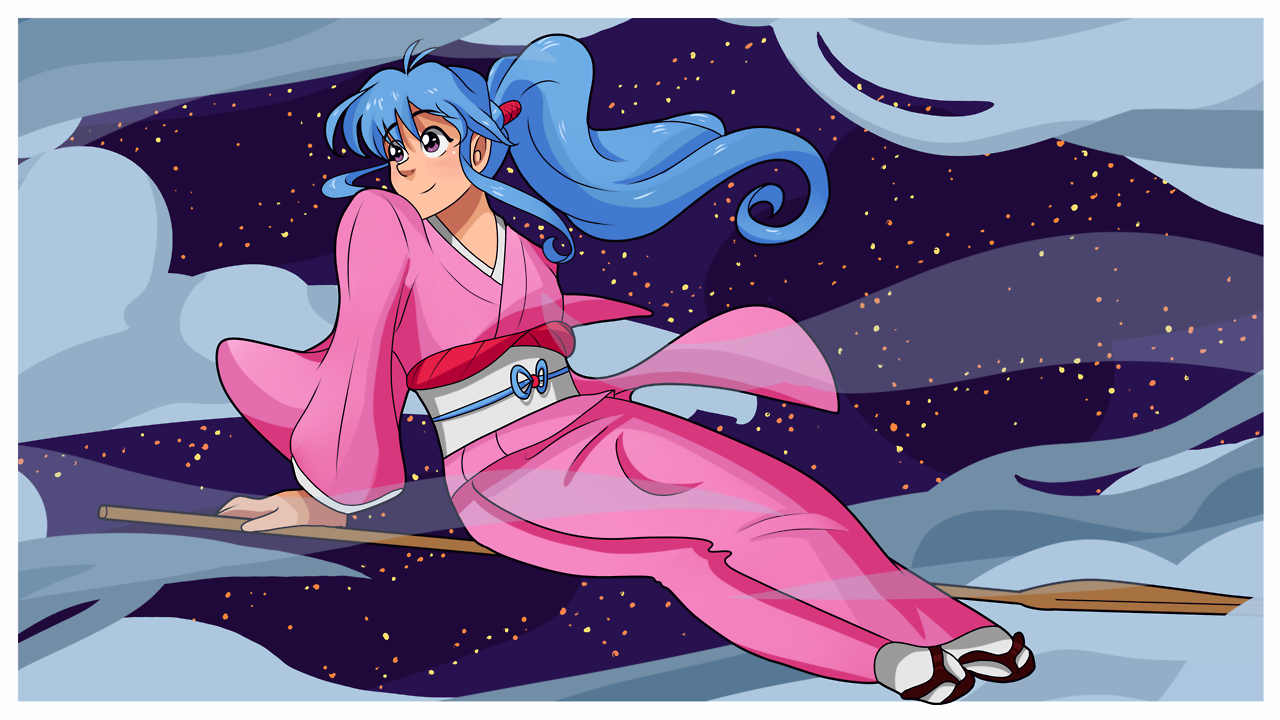 Botan is Yuusuke’s close friend and a guide to the spirit world. Though she is the grim reaper, she looks nothing like one; actually looks quite attractive. She has really long blue hair that is tied up into a ponytail and has purple eyes. Throughout the span of 112 episodes of the series, her physical appearance remains pretty much the same except for her hair growing out a little. She believes in genuinely helping people and is quite an optimist. She can also be really goofy at times and often fails to see the bigger picture of things. 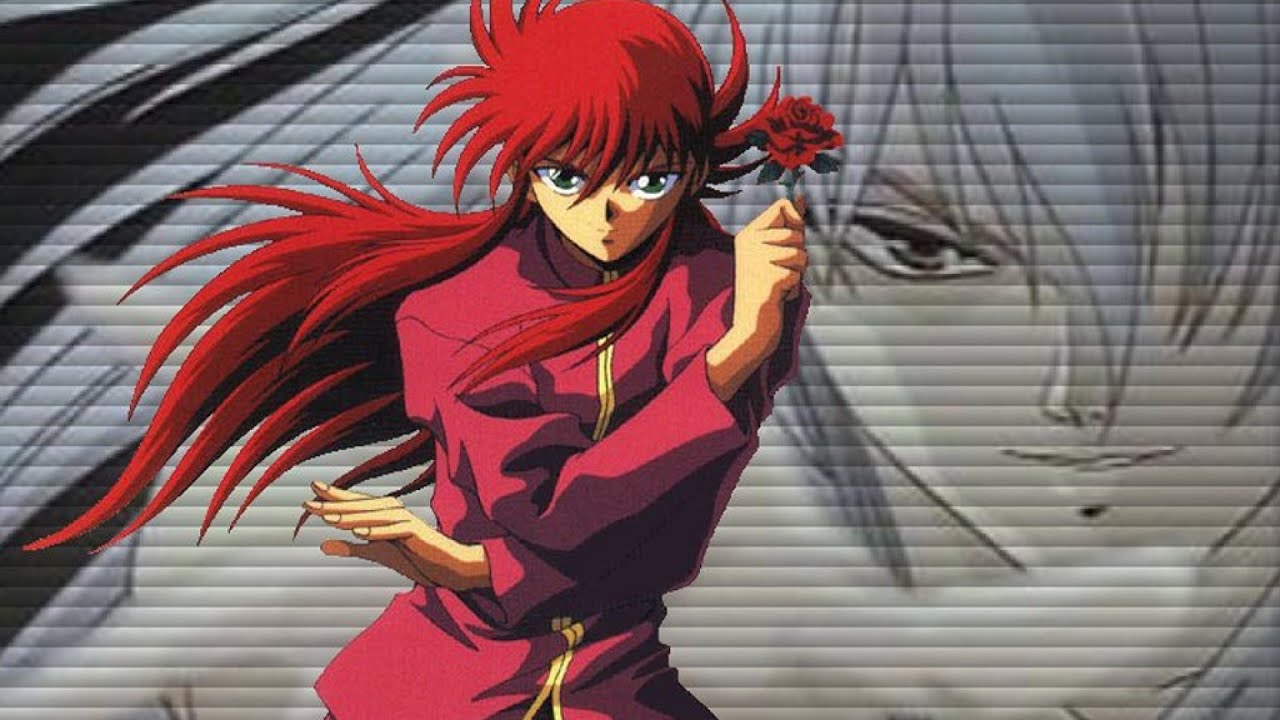 Kuruma is one of the main protagonists of the series who is also known as the “demon fox”. In his human form, he has bright green eyes and long vibrant red hair. His features are quite delicate and coupled with his long hair, he is often mistaken for a girl. He is a very cold and cunning character who is very well known for his impeccable analytical skills. His high level of perception allows him to quickly identify the moves and also the flaws of his opponents during battles. He often relies on impulse and can even coldly slash off his enemy’s head if he has to. 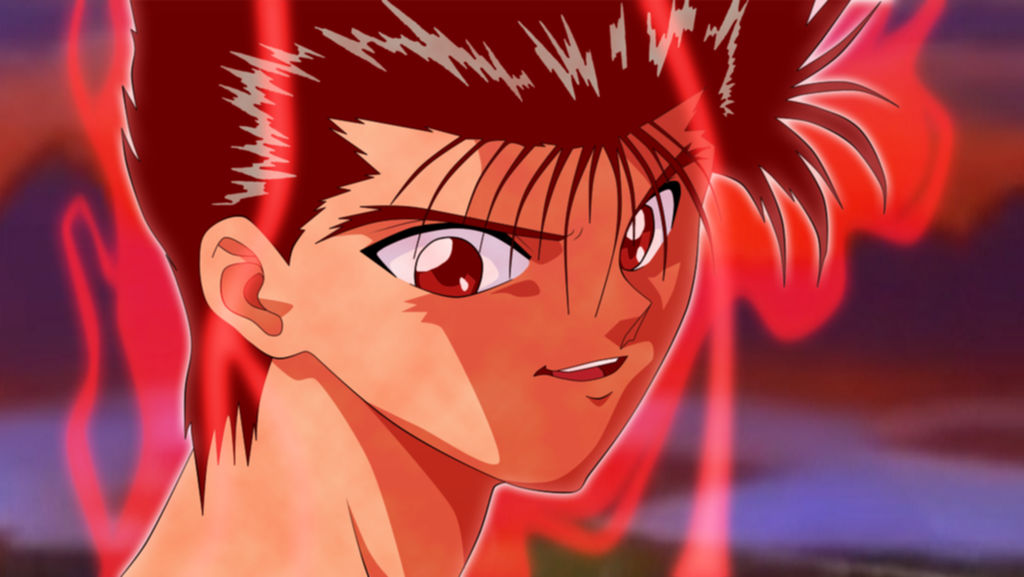 Yusuke is the main protagonist of the series who is a Spirit Detective assigned with the task of eliminating evil from the surface of the Earth. Initially, he is just another rebellious teenager with no actual goals in life but soon, he turns his own life around and becomes a much better person who is determined to save the world. He has brown eyes and slicked back black hair with tan looking skin. He has a lean but muscular body and is quite athletic when it comes to his overall physical abilities. He has grown up in a very neglectful environment and because of this, he grows up to be short-tempered, merciless and impulsive. 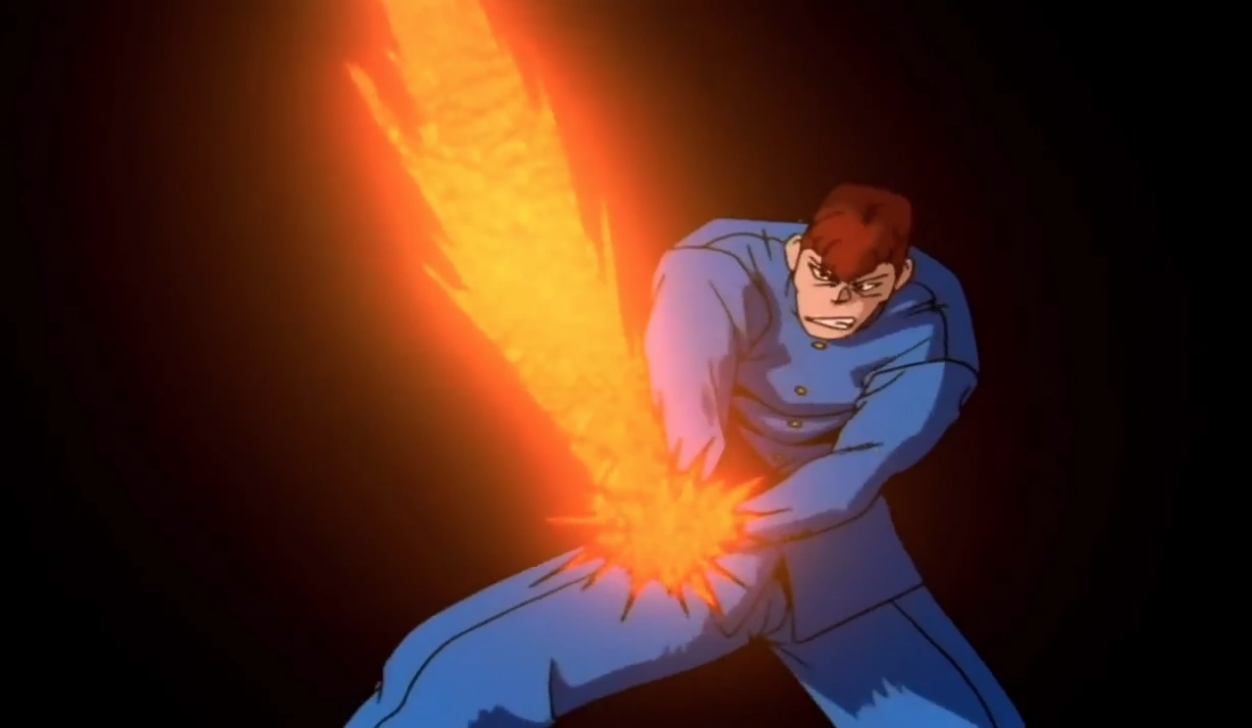 Kazuma Kuwabara is another protagonist of the show who accompanies Yusuke on his evil seeking adventures. He is the tallest member of the team, standing close to six feet in height. He is also quite muscular and has really broad shoulders. His physical appearance very well reflects on his fighting style and he is one of the strongest characters in the entire series. He has a very angular face with thick reddish-orange hair combed into a “punk style”. He often acts really stupid but remains loyal to his friends till the very end. He is very honest about everything he intends to do and also hates fighting women. 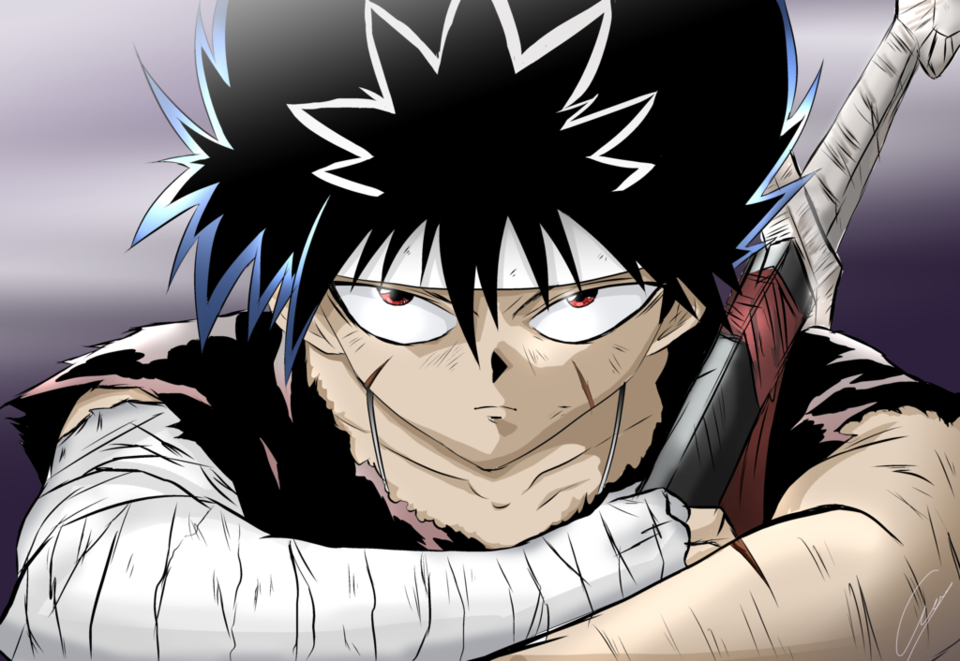 Hiei is the shortest of all characters in the series and stands only at 4 feet 10 inches. He has shiny black spiked up hair that has an outline of blue to them. He prefers keeping his distance from people and often comes off as aloof. He views the world around him with the utmost cynicism and often questions the value people place on love and friendship. He is unbiased towards his enemies and treats them all the same regardless of their age or gender.