Manga readers be warned: ‘Yu-Gi-Oh!’ is not 100% faithful to its source material and you might find quite a lot of differences between the anime and the manga if you start watching it from the beginning. But despite this, ‘Yu-Gi-Oh!’ is a very enjoyable adaptation. It makes quite a lot of changes to the manga but still manages to keep its soul intact. In fact, there are moments in the show that are far better than the manga itself. The first season of ‘Yu-Gi-Oh!’ was released in the 90s and even for those standards, the animation is quite disappointing; but everything else in the show makes up for it.

What’s really great about the anime is the fact that even after all these years, it has still managed to make great progress and only gets better with time. Even the ‘Duel Monsters’ arc that followed the first season of the show was actually much better and lacked any kind of repetition. It surely has some flaws, and a major one is its English Dub, which is all over the place. It’s one show that truly deserves a lot more recognition amongst young children. Most of us have spent our childhood watching shows like ‘Pokemon‘ and ‘Dragon Ball Z‘ but the few who have had the opportunity of watching this one will know that it is no less of a gem. It is highly recommended for anyone who wants to take a trip to the era of old classic shows that introduced the west to a whole new world of anime.

Yu Gi Oh Season 5 Release Date: When will it premiere?

‘Yu-Gi-Oh’ season 1 released on April 4, 1998 and came to an end on October 10, 1998. This was then followed by three more seasons that were premiered from April 18, 2000 to March 30, 2011. But this was not the end of the series and even after this, the creators have been consistently producing content for its die-hard fans. There is no doubt that the series is not getting over any time soon. In fact, it seems like those never-ending anime shows like ‘Gintama‘ and ‘Naruto‘.

Just recently, Konami revealed during a Livestream that the ‘Yu Gi Oh’ franchise will get a whole new series, ‘Yu-Gi-Oh’ season 5, if you want to call it that, which will premiere in 2020. This new series will celebrate the 20th anniversary of the franchise. Till the time this whole new version of it comes out, you can always catch up with the alternate arcs and the movie adaptations of the anime that you might have missed out on.

The English Dub of ‘Yu-Gi-Oh!’ is available on the official website of the anime and also on Crunchyroll.

Yuugi Mutou is a frail kid who always becomes the target of all the bullies. But all this while, the only person who stands up for him is his beautiful childhood friend Anzu Mazaki. Katsuya Jonouchi is another guy who isn’t all that bad but somehow always lands Yuugi in trouble along with his verbal sparring partner Hiroto. Yuugi feels lonely in this environment and only wishes that someday he will have a friend who will understand him more than others around him.

In his free time, Yuugi tries to solve the Millenium Puzzle that he keeps with him. This puzzle was brought into his grandfather’s game shop one day and since then, he has decided to treasure it as his own. He believes that solving the puzzle would help him grant his wish of becoming something more and when he manages to do it, the soul of the “King of Games” is ignited inside him.

This new personality that has awakened inside him is dark, twisted and strong, which is the complete opposite of Yuugi’s original self. This new personality is named Yami Yuugi and it takes over Yuugi’s body every time he is being bullied and challenges his opponent into a “Shadow Game”. This game is no ordinary game as the stakes are really high and the one who loses will get a taste of his/her own heart’s darkness. 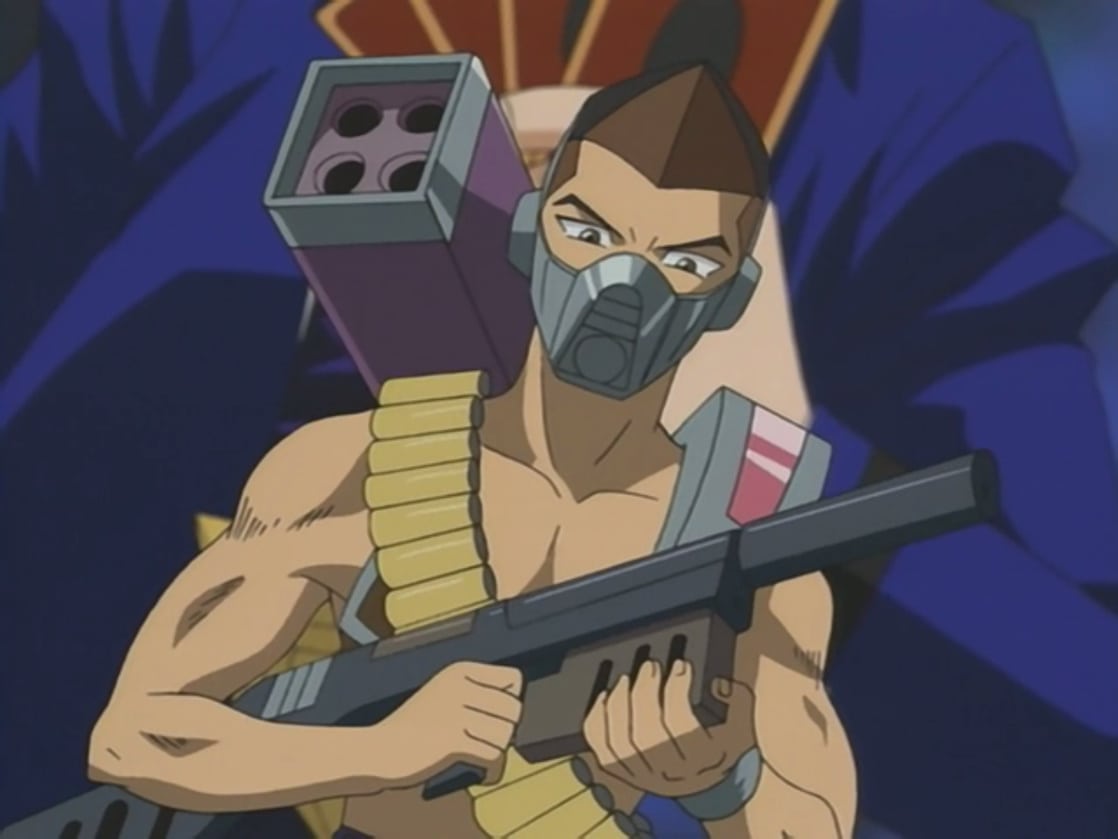 Hiroto Honda, known as Tristan Taylor in the English Version, is one of the main characters of the series who starts off as one of the bullies picking on Yugi. But later Yugi helps him out with something and this makes him think deeply about his own actions. He realizes his mistakes and starts to improve by becoming Yugi’s friend. He later accompanies Yugi in most of his adventures and his amazing shooting skills prove to be an asset to the team. 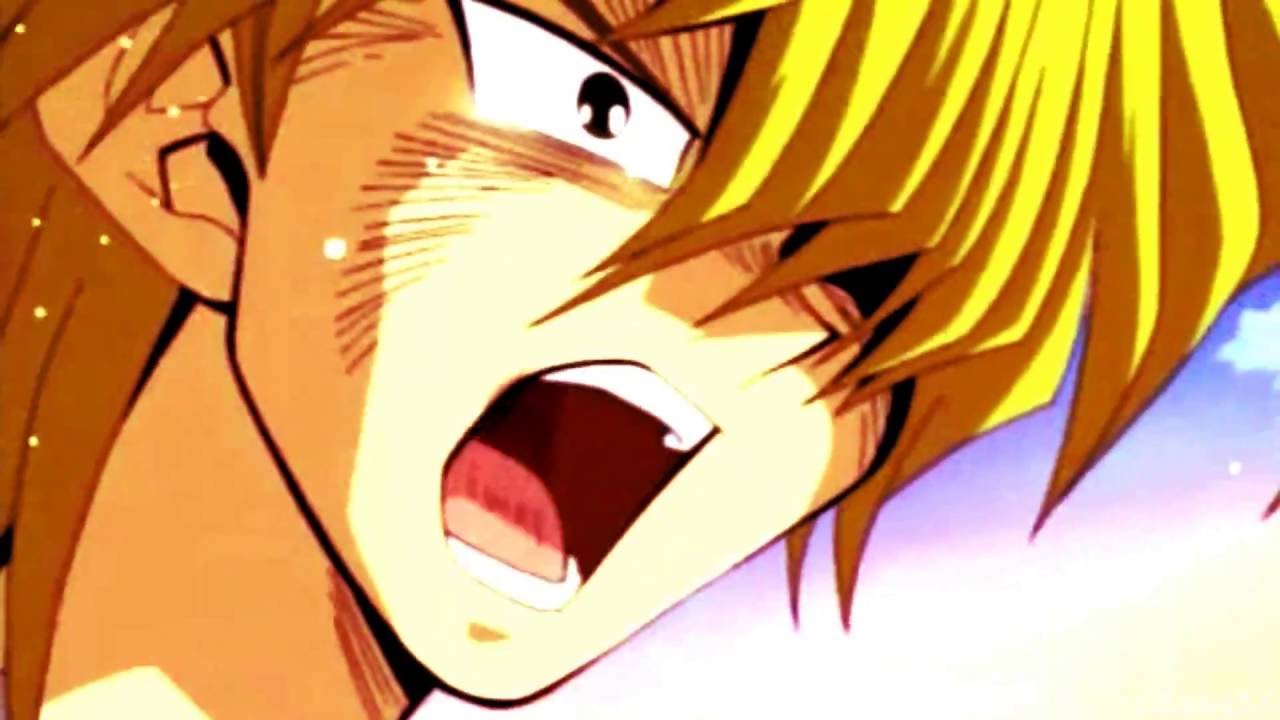 Katsuya Jonouchi, known as Joy Wheeler in the English Version, is another main character of the series who is Yugi and Hiroto’s best friend. He has had a very tough childhood because his parents were divorced when he was young and he was forced to be with his alcoholic father. He even became a thug and started joining all kinds of gangs. Later when he becomes friends with Yugi, he realizes the true value of relationships and starts to protect his friends from those who try to harm them. 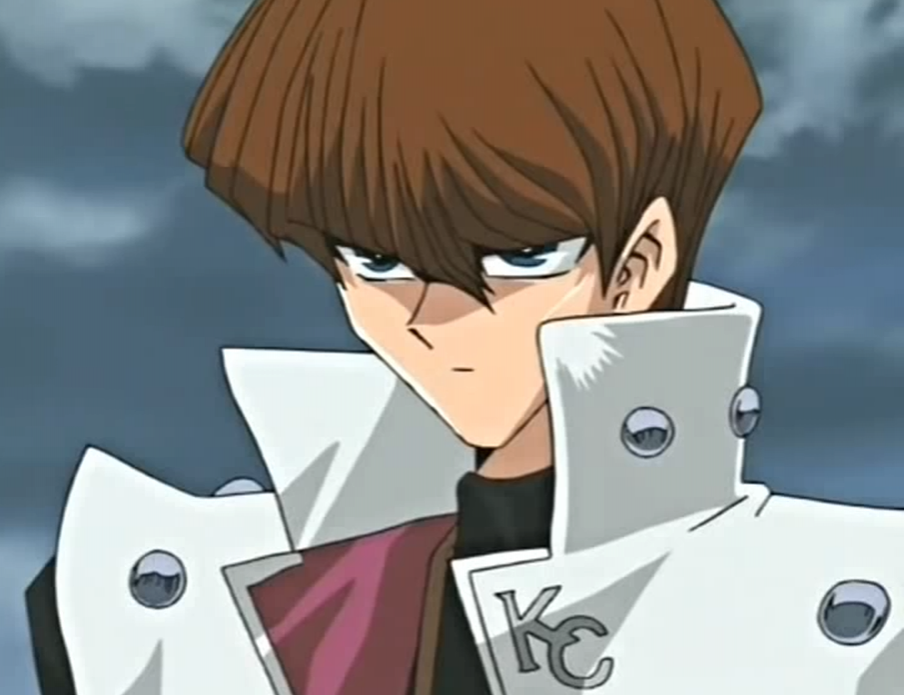 Seto Kaiba is Mokuba’s older brother and is another male lead of the show. He was adopted by the Kaiba family when he was a child and now owns a big share of the whole Kaiba Corp that is actually the world’s largest multinational gaming conglomerate. He is very intelligent and taught himself advanced programming at a very young age. He was also known to be a child prodigy who designed some of the most brilliant games known to his corporation. Soon, everyone starts to notice his brilliance and in no time, he takes over his father’s entire business. He is now very ambitious when it comes to the growth of his company and dreams of expanding it all over the world.

His ambition and determination shake the business world and most businesses in the same niche fear his very presence. He later tries to become the world’s greatest Duel Monsters player but to achieve that, he must first defeat Yugi. Seto is more or less of an anti-hero who only serves his own self-interest. Even when he’s helping someone out, it is usually for his own selfish reason. But despite his selfish behavior, he is one of the few characters in the show who has a set of moral ethics that he sticks to with utmost discipline. 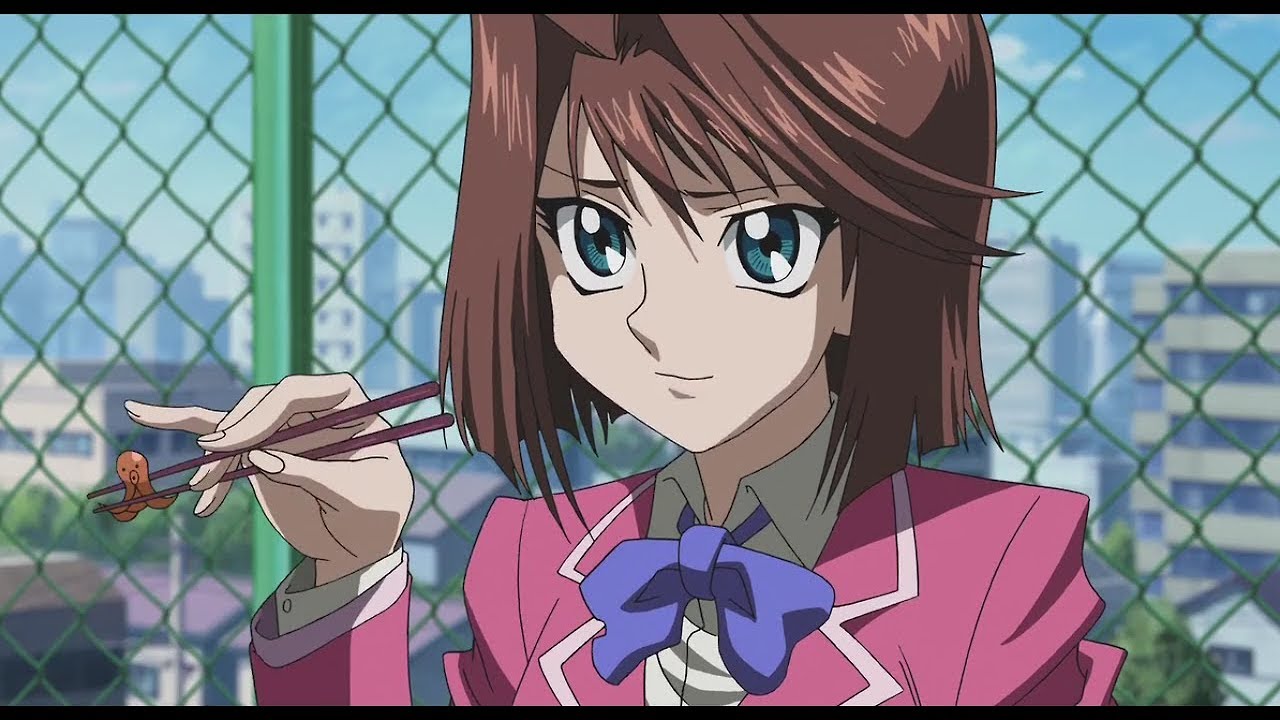 Anzu is named Tea Gardner in the English Version and is the childhood best friend of Yugi. She really enjoys dancing and wishes to study abroad someday. After she discovers Yugi’s new dark personality, she is weirdly drawn towards him and gets curious about what changes him so much. Anzu has a very strong sense of justice and would stand up for Yugi every time he gets bullied. 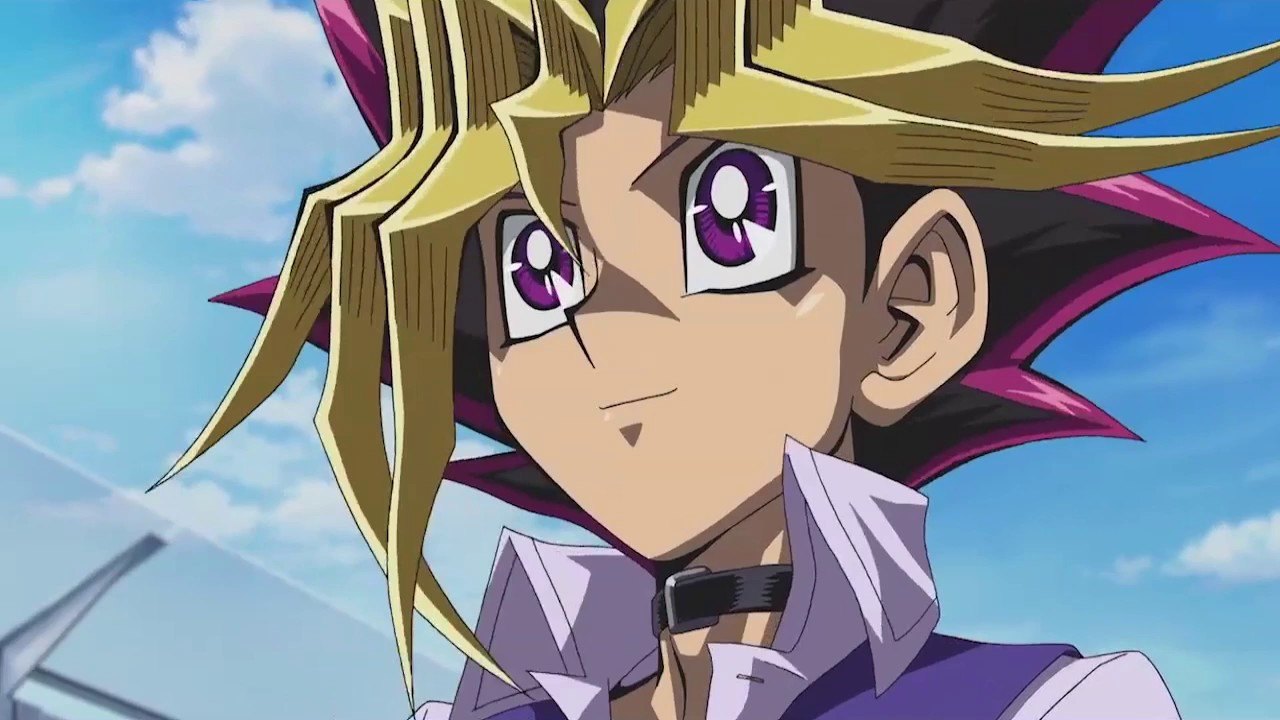 Yugi is the main protagonist of the series who holds the title of the “King of Games”. He acquires this title after he is able to solve a three thousand year old mystical Millenium puzzle which allows him to later host the spirit of the great Pharaoh Atem. He has a very close group of friends who always support him and even cheer him when he is on the frontlines. Yugi has a very sweet personality and treats everyone with respect. He is extremely polite and has this childlike innocence. Despite being bullied a lot of times, he has no anger or darkness in his heart. He loses his temperature a lot of times but he always tends to forgive anyone who hurts him.

He is really shy especially when it comes to meeting girls. He usually freezes when a girl approaches him and tries talking to him. Even in crowds, he is often seen as the quietest one and also avoids any situations where he is supposed to address a large group of people. Unlike his other evil self, he is not afraid of losing and despite his lack of confidence, he is always willing to go out of his way to help his friends out. Over the course of time, he also starts to get more confident as he progresses and grows with his friends. 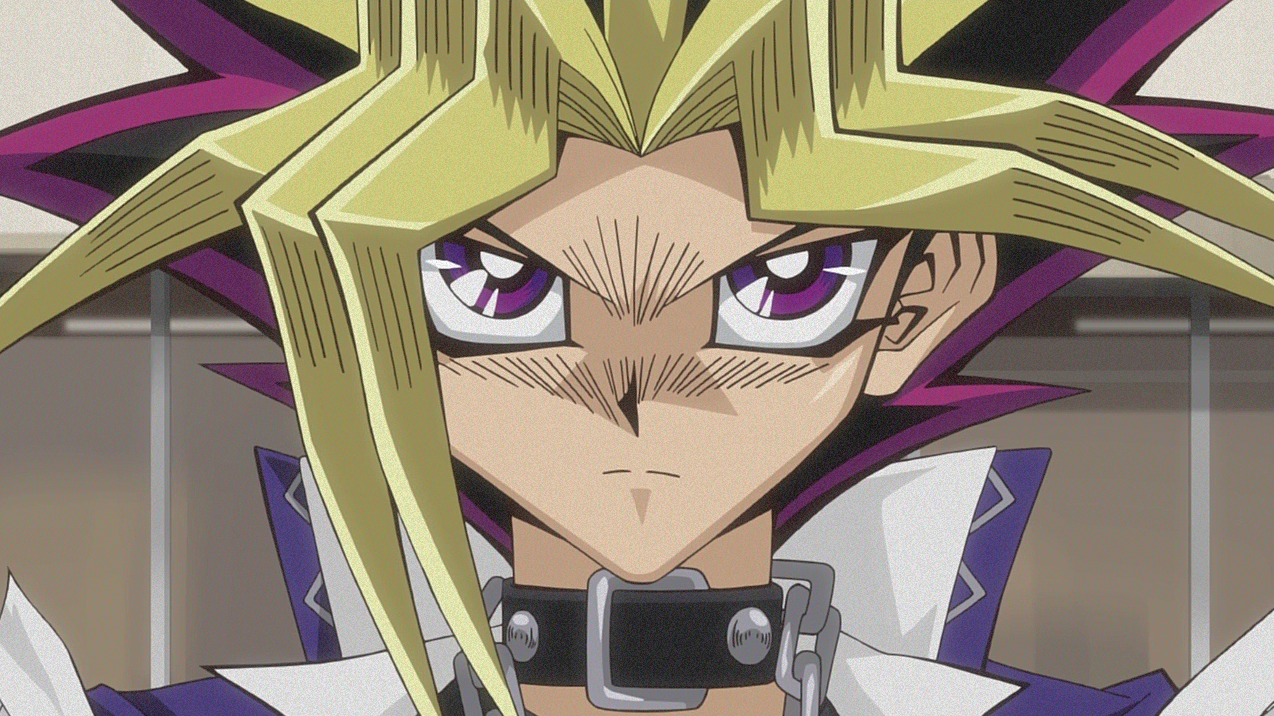 Yami Yugi is Yugi’s darker personality that is nothing but the spirit of Pharaoh Atem, who had been sealed in the Millenium puzzle 3000 years ago. The dark Yugi appears more like a vigilante and teaches a lesson to those who try to hurt the real Yugi in any way. He is very cold and dark in the beginning, but after spending some time in Yugi’s body, he starts to take up some of his original traits and becomes a better, kind-hearted person. Yami is extremely protective of the real Yugi and always looks out for him. He is surprised how quickly Yugi’s friends learn to accept him as one of their own and this is where he learns the true value of friends.