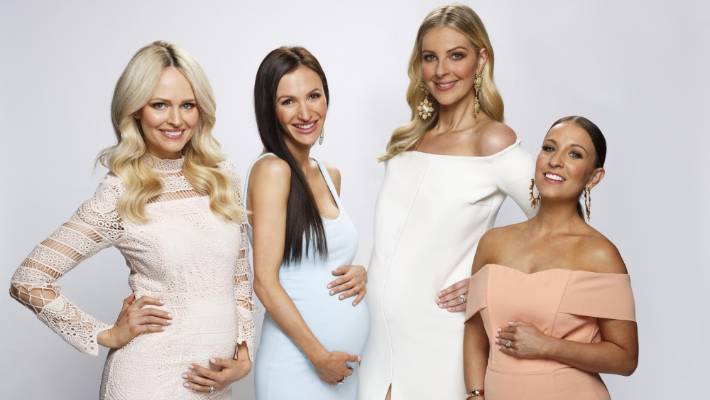 Yummy Mummies is a reality series that follows the extravagant lifestyles of four pregnant, wealthy women of Australia who leave no stone unturned in bringing down one another through their lavish ways of life. The television series that made its debut on July 9, 2017 on Seven Network is Australia’s answer to the likes of Real Housewives and Keeping Up with the Kardashians. The show also streams on Netflix.

Yummy Mummies Cast: Who’s in it?

Jane Scandizzo (model), Rachel Watts (manager in the retail department at Supre), Lorinska Merrington (model and traffic presenter), and Maria Di Geronimo (teacher) are the four wealthy, to-be-mummies featured on the series. We also have and Iva Marra, an IT professional, making an appearance on Yummy Mummies. They all belong from Melbourne and Adelaide in Australia. Maria Di Geronimo remained absent from the original cast in season 2 citing her separation from husband Carlos as the reason.

Geronimo took the split rather positively and acknowledged the impact the controversial series had on her relationship. She said in an interview, “I believe everything happens for a reason. Carlos and I are maintaining a friendship for our Princess Valentina, and we are very conscious of her feelings through this time.”

Her husband, however, expressed his disappointment with the show for having inaccurately portrayed Maria on the show. He said, “Initially we agreed to the show on the premise that it would be an ‘observational documentary’ which we understood would be us going about our lives with the added extra of a camera to document it. However, that was not the case at all.”

He held the series accountable for their split saying, “The pressures of the show and the expectations of the producers throughout the pregnancy and after Valentina was born having the TV crew around all the time, didn’t allow for the bonding time as a family which we required. And the pressures and judgments of the public to some degree took its toll.”

Yummy Mummies Plot: What’s it about?

Yummy Mummies revolves around four glamorous, expectant mothers as they indulge in excessive preparations in the welcome of their babies. Season 1 has pre-birth rituals such as baby showers, photo shoot sessions, endless shopping sprees and a heavy dose of bitching. Despite strong negative reactions, the show returned for a second season and continued to follow the socialites pursuing outrageous activities. Maria Di Geronimo did not return for season 2.

The series opened to exceedingly poor reviews and received immense backlash for its lousy execution and cringe-worthy making. It has been trolled heavily for its content where some critics went as far as to call it ‘fabricated,’ ‘vapid,’ ‘garish,’ and downright ‘offensive’ in churning the ‘pointless tripe’.

Yummy Mummies is needlessly controversial and exaggerated in displaying the lifestyles of its four leads, to the point that viewers aren’t convinced that the show is unscripted. Many others have called it as the latest addition to car-crash TV. Rachel Watts came forward in the series’ defense when she suggested that its viewers watch it for the reality show was and take it lightly. She also called out women, requesting them to avoid judging other women. She said, “It’s just a TV show. It’s not an educational tool or a professional/medical tool that we are presenting. I take on board criticism that I think is valid and I take it on accordingly, but at the end of the day, I’m not going to change my true self or my personal opinions for anyone. I am who I am. I am rather opinionated; I like to be real.”

Yummy Mummies Season 3 Release Date: When will it premiere?

Yummy Mummies season 2 premiered on November 14, 2018. The show released on the online catch-up service of Seven Network, 7plus. The show was acquired by Netflix for streaming in the US. The first season became available on the site as an Original on December 28, 2018. Yummy Mummies Season 2 released on Netflix soon on July 3, 2019.

As far as the next season is concerned, Yummy Mummies has a very slim possibility of getting renewed because of the backlash that the show has received. However, miracles do happen and in case the show gets renewed, Yummy Mummies season 3 should get an official release date of sometime in Q4 2019. We will update this section as soon as we get an official confirmation on show’s renewal or cancellation.

Yummy Mummies has not been renewed. For now, you can get a sneak peek into the show below. The first two seasons are available to stream on Netflix.