When Does Yuru Camp Season 2 Start? 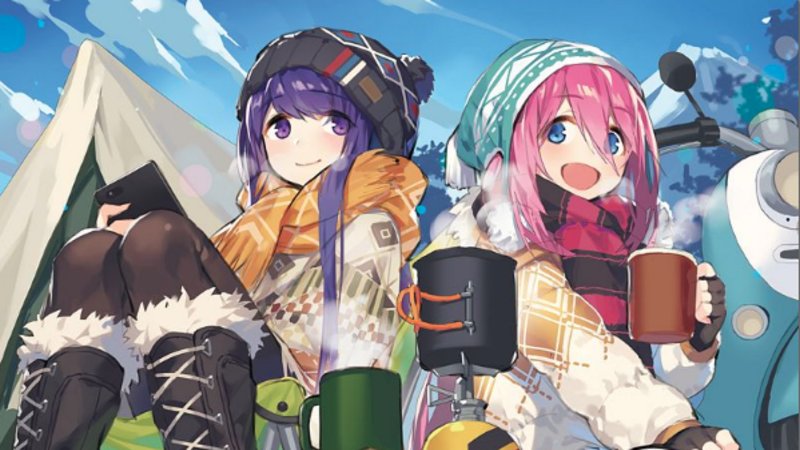 Laid-Back Camp (also known as Yurukyan in Japanese) is a slice of life anime television series which is based on a manga series of the same name. Written and illustrated by Afro, the manga series was first published on May 23, 2015. The manga series became a hit in Japan, and consequently, an anime studio called C-Station announced plans to adapt the series into an anime television series. Subsequently, Season 1 of Laid-Back Camp premiered on January 4, 2018. Jin Tanaka supervised the series’ scripts and Mutsumi Sasaki designed the characters. The opening theme is “Shiny Days” by Asaka, which was released as a single on January 24, 2018, while the ending theme is “Fuyubiyori” by Eri Sasaki.

Following the conclusion of Season 1, three special episodes were released between March 28 and July 5 of the same year, much to the delight of fans. Then, in the latter half of 2018, C-Station announced that it would make not just a second season, but also a movie and a series of special shorts. Here’s everything you need to know about Season 2 and other releases pertaining to the show.

Laid-Back Camp Season 2 Release Date: When will it premiere?

For those who like watching anime shows in English, the good news is that Laid-Back Camp has a great English dub which was made keeping the show’s international fanbase in mind. If you want to watch the show in English, you can find dubbed episodes on Crunchyroll.

Being a slice of life anime show, Laid-Back Camp doesn’t have a very intriguing plot, but its innocent plot sets the tone well for what the show intends to do. The show primarily follows the relationship between two outdoorsy young girls called Rin Shima and Nadeshiko Kagamihara.

Despite being quite young, Rin is shown to be different from girls her age and is not very materialistic. While children her age all enjoy going on exotic vacations with their families, Rin is more of an old soul who likes spending her free time alone camping at the base of the beautiful Mount Fuji. From gathering firewood to pitching her tent, Rin prefers to do everything by herself, and enjoys the solitude she gets when she goes camping alone.

However, one such routine camping session for Rin takes an unexpected but pleasant turn when another girl called Nadeshiko takes refuge at her camp after getting lost. It is then revealed that Nadeshiko, like Rin, was headed to Mount Fuji but fell asleep on the way and got separated from her sister. Lost and alone, the only thing Nadeshiko could do was find help, and she found Rin, camping by herself.

Although Rin and Nadeshiko get off to an awkward start, having never known each other, they quickly become friends and share a cozy evening by the campfire sharing their stories. Although Nadeshiko’s sister picks her up later, the two form an unbreakable bond through that one shared experience, and it marks the beginning of a heartwarming tale of friendship.

Rin Shima: One of the main protagonists of the show, Rin is a young girl who prefers to camp alone at the base of Mount Fuji rather than go on exotic, expensive vacations. Having camped alone for a long time, Rin reconsiders the value of solitude after she meets Nadeshiko and the two have a great time by the campfire.

Nadeshiko Kagamihara: The second main protagonist of the show, Nadeshiko is also a young girl who likes to go camping. A cheerful and energetic girl, Nadeshiko loves to eat and can often be forgetful. However, having camped since a child, she can be responsible when it comes to camping duties. When she gets lost on her way to Mount Fuji and meets Rin, she immediately forms a close bond with her new friend, and dreams of the day the two can go camping together again.

Aoi Inuyama: Another important character in the show, Aoi is also around the same age as Rin and Nadeshiko, and is the co-president of The Outdoor Activities Club at her school alongside another girl called Chiaki Oogaki.

Chiaki Oogaki: The other co-president of The Outdoor Activities Club, Chiaki is Aoi’s classmate and friend, and is another important character in Laid-Back Camp. Interestingly, Chiaki also shares her birthday with Nadeshiko, with both of them having been born on August 31.

Ena Saitou: The final main character in the show, Ena is another camper at heart, and is quite important to the plot of the show. Apart from her distinguishable clothing, she can easily be recognized by the fact that she owns a dog Chikuwa, who can almost always be seen following her around.